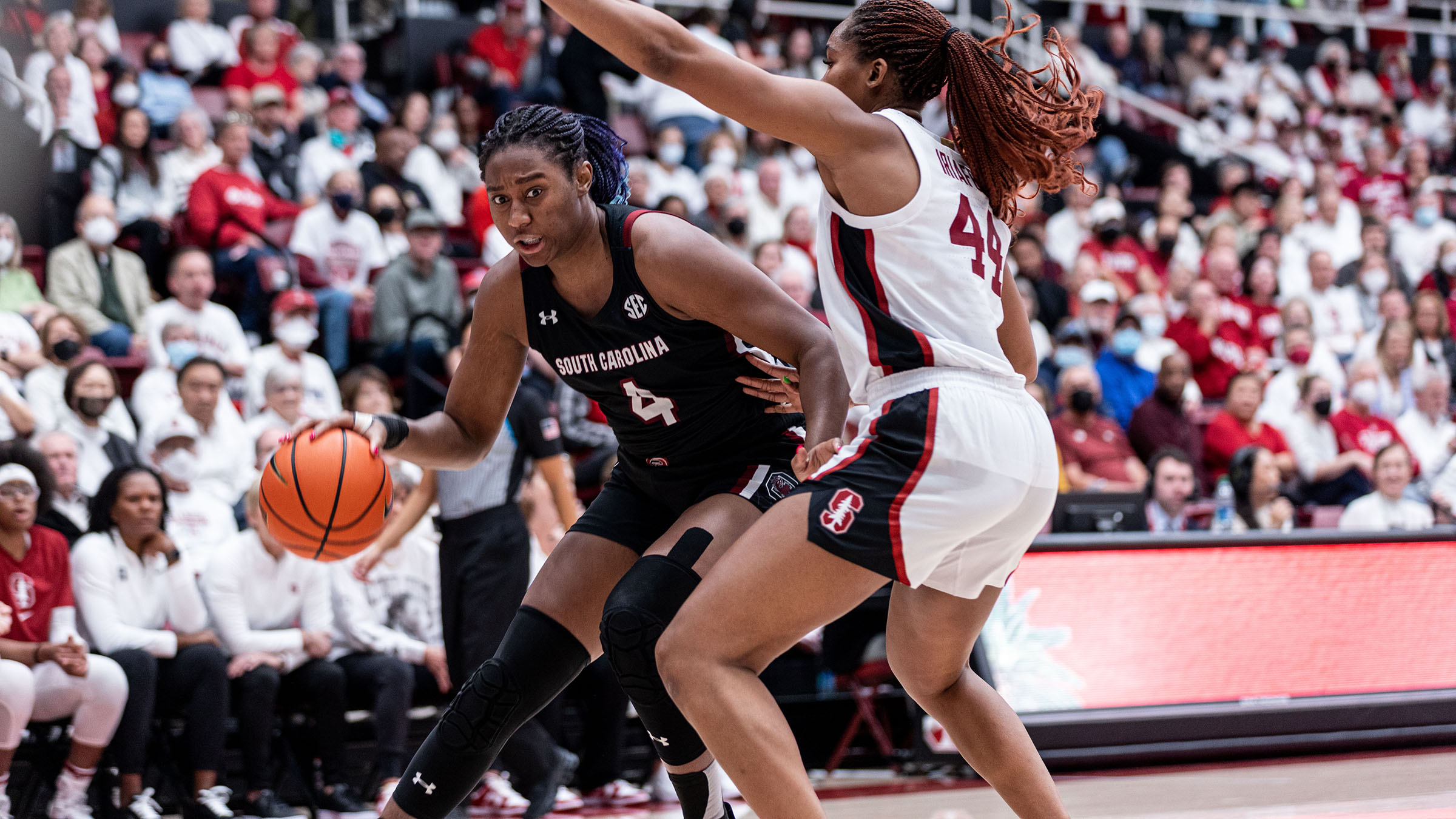 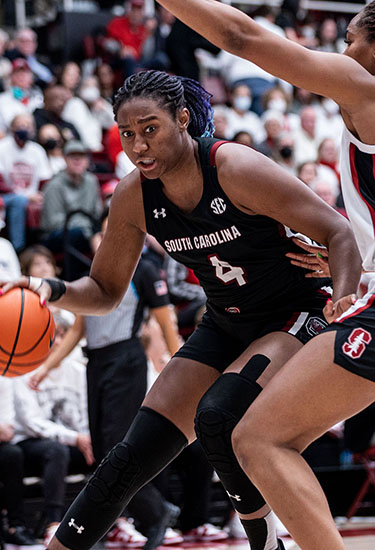 Boston rallies No. 1 South Carolina past No. 2 Stanford

STANFORD, Calif. (AP) — Bree Hall hit a 3-pointer with 42 seconds left in overtime, Aliyah Boston overcame early foul trouble to score 14, including the tying jumper with two seconds left in regulation, and No. 1 and defending champion South Carolina rallied past second-ranked Stanford 76-71 on Sunday in a dramatic early-season showdown.

Victaria Saxton missed both free throws with 24.3 seconds left but a jump ball moments later gave possession to the Gamecocks (4-0). Stanford got another chance with 10 seconds left after Agnes Emma-Nnopu’s steal but Haley Jones couldn’t get the ball inbounds before a 5-second violation.

Stanford (5-1) then blew another opportunity, receiving a technical with 3.4 seconds left after calling a timeout in the backcourt it didn’t have.

Jones missed the first of two throws with 12.5 seconds remaining in the fourth after Brea Beal’s 3-pointer with 14 seconds left and South Carolina had one more chance.

Ashten Prechtel came off the bench to block five shots and grab seven rebounds as Stanford saw its 17-game home winning streak end at Maples Pavilion, which held a standing-room-only sellout crowd of 7,233 for the nationally televised matinee.

Zia Cooke ’s layup with 7:54 to go in the fourth got the Gamecocks within 54-50, then neither team scored for nearly the next four minutes. Both missed high-percentage opportunities while facing stingy defense.

Brink made 5 of her first 7 shots and had 12 points after the first quarter.