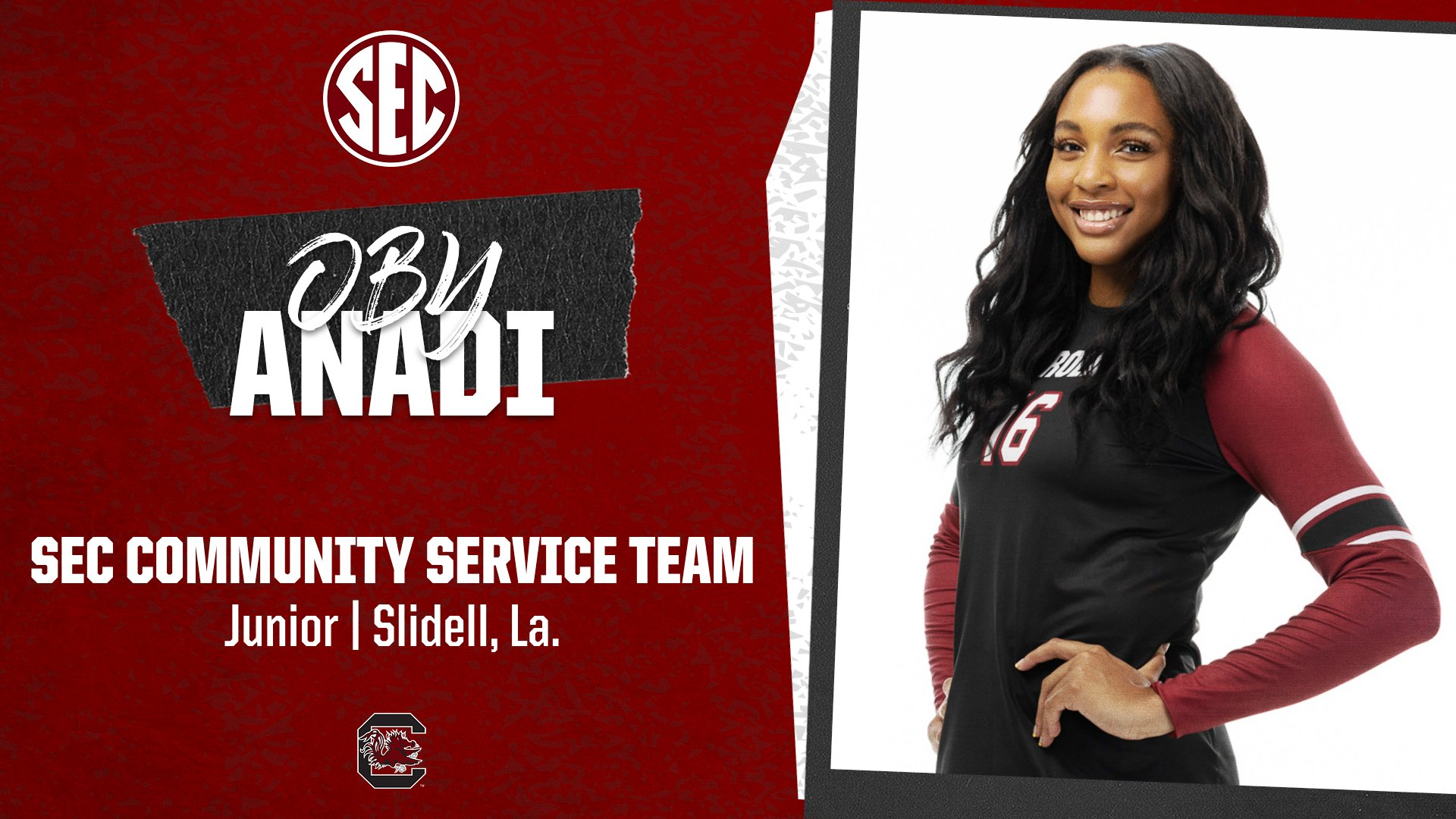 Anadi already has 25 total hours of community outreach midway through her second year at South Carolina. She has focused most of her volunteer efforts on local schools, spending time as a pen pal and mentor at Columbia-area middle and elementary schools. Anadi also has participated in the Gamecocks Games – a field day event with special needs children – and with United Way’s reading events around Columbia. Anadi serves as the team representative on the Student-Athlete Advisory Committee and is the team coordinator for all community outreach efforts.

On the court, Anadi had a breakout sophomore campaign, totaling 120 blocks and 100 kills while starting all 28 matches for the Gamecocks. Her block total ranks sixth-highest for a season in the modern scoring era (since 2001), it rewrites the program’s record for blocks by a sophomore and she finished with 71 blocks in SEC matches alone, which is the fifth-highest total since Carolina joined the conference back in 1991. Nationally, the Slidell, La. native ranked in the top-100 for total blocks and was 22nd among Division I underclassmen.

South Carolina finished the 2022 season with a 13-15 overall record and 7-11 mark in SEC play. Follow @GamecockVolley on Twitter for continued updates on the team throughout the spring exhibition season and into the summer.