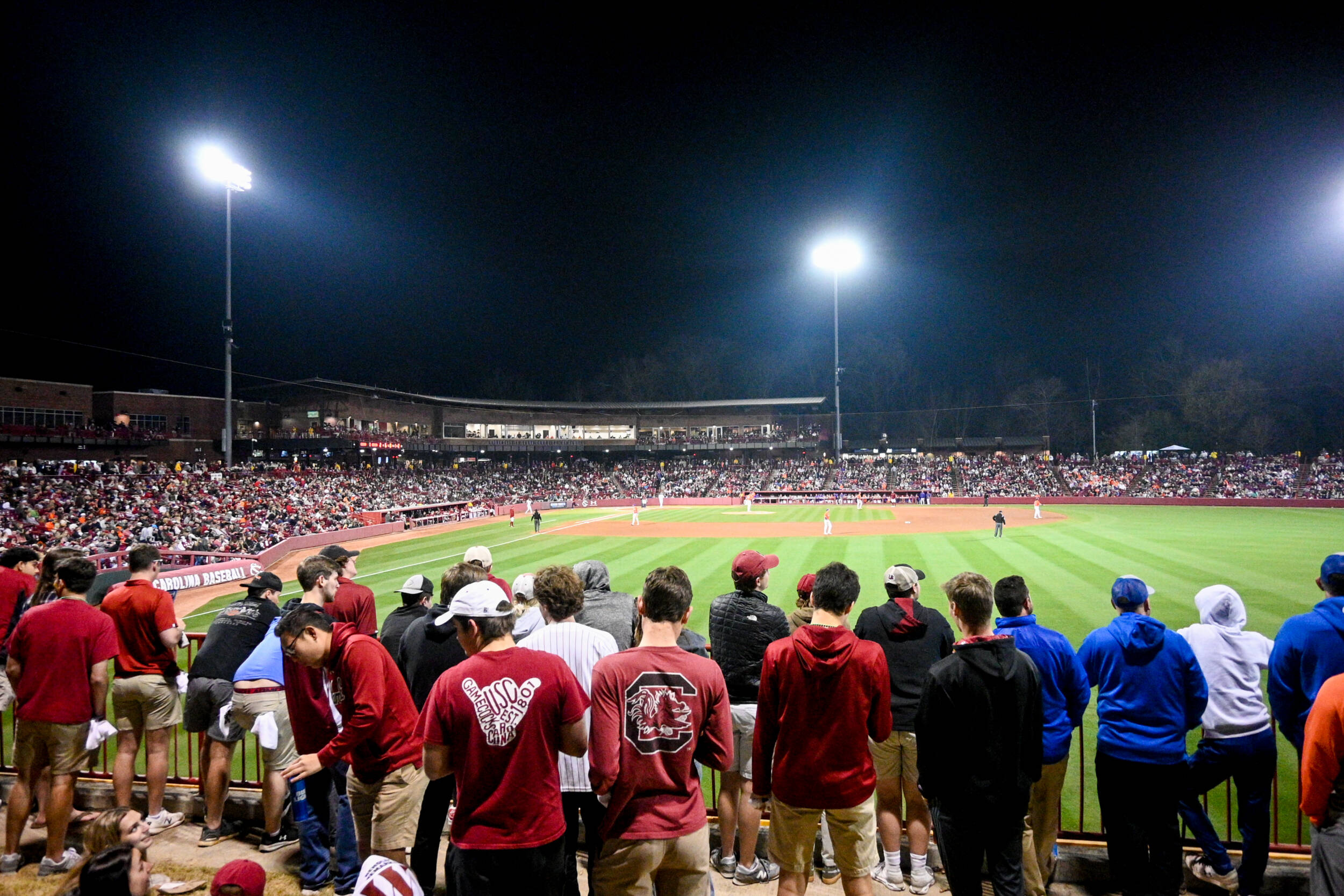 COLUMBIA – The University of South Carolina baseball team announced its non-conference schedule this morning (Tuesday, Dec. 6), with the annual three-game series against Clemson and the neutral site game against North Carolina in Charlotte as part of the out of conference slate.

The Gamecocks will open 2023 with a three-game series against UMass Lowell at Founders Park on Feb. 17-19. A pair of midweek tilts against Winthrop (Feb. 21) and Queens (Feb. 22) is followed by a weekend series against Penn (Feb. 24-26). Carolina will face North Carolina A&T on Feb. 28 before facing Clemson to start March. The in-state series opens Friday, March 3 at Clemson. Saturday’s game (March 4) is at Fluor Field in Greenville and the series will wrap up on Sunday, March 5 at Founders Park.

Carolina’s second double midweek of the season will start with a home game against The Citadel on March 7 and end back at Fluor Field with a matchup against USC Upstate on March 8. Carolina then takes on Bethune-Cookman on March 10-12 at Founders Park.

Carolina faces Charlotte on March 21 at Truist Field in Charlotte, where Carolina also will play North Carolina on Tuesday, April 4. Road matchups with The Citadel (March 28) and Winthrop (May 3) also dot the non-conference portion of the schedule. 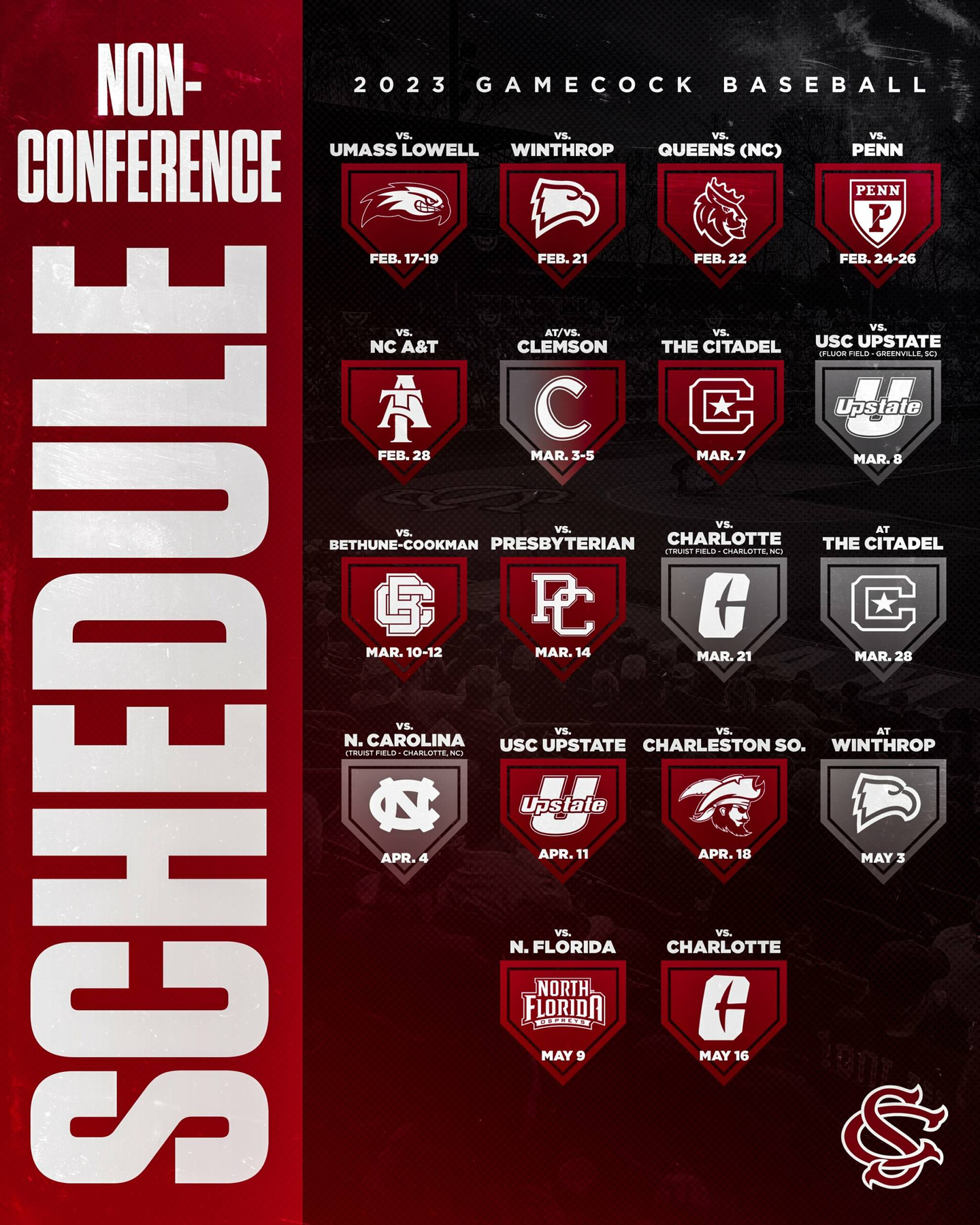 Carolina announced its 30-game SEC schedule in October, which starts on March 17 at Georgia. The SEC recently announced that series at Mississippi State (March 30-April 1) and at home against Florida (April 20-22) will be Thursday-Saturday contests.

Season tickets for the 2023 baseball season are now on sale. For more information, fill out the following form (LINK). 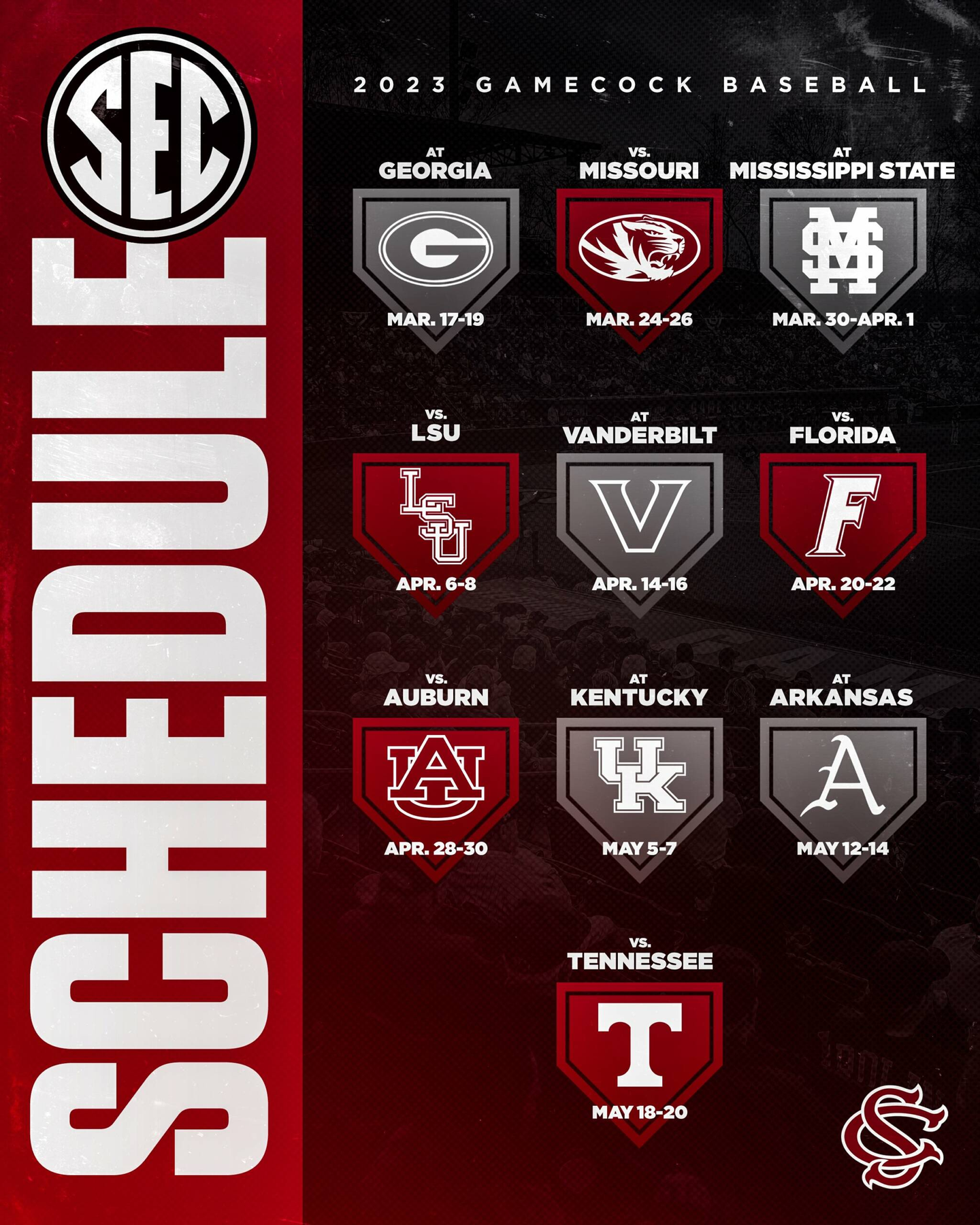