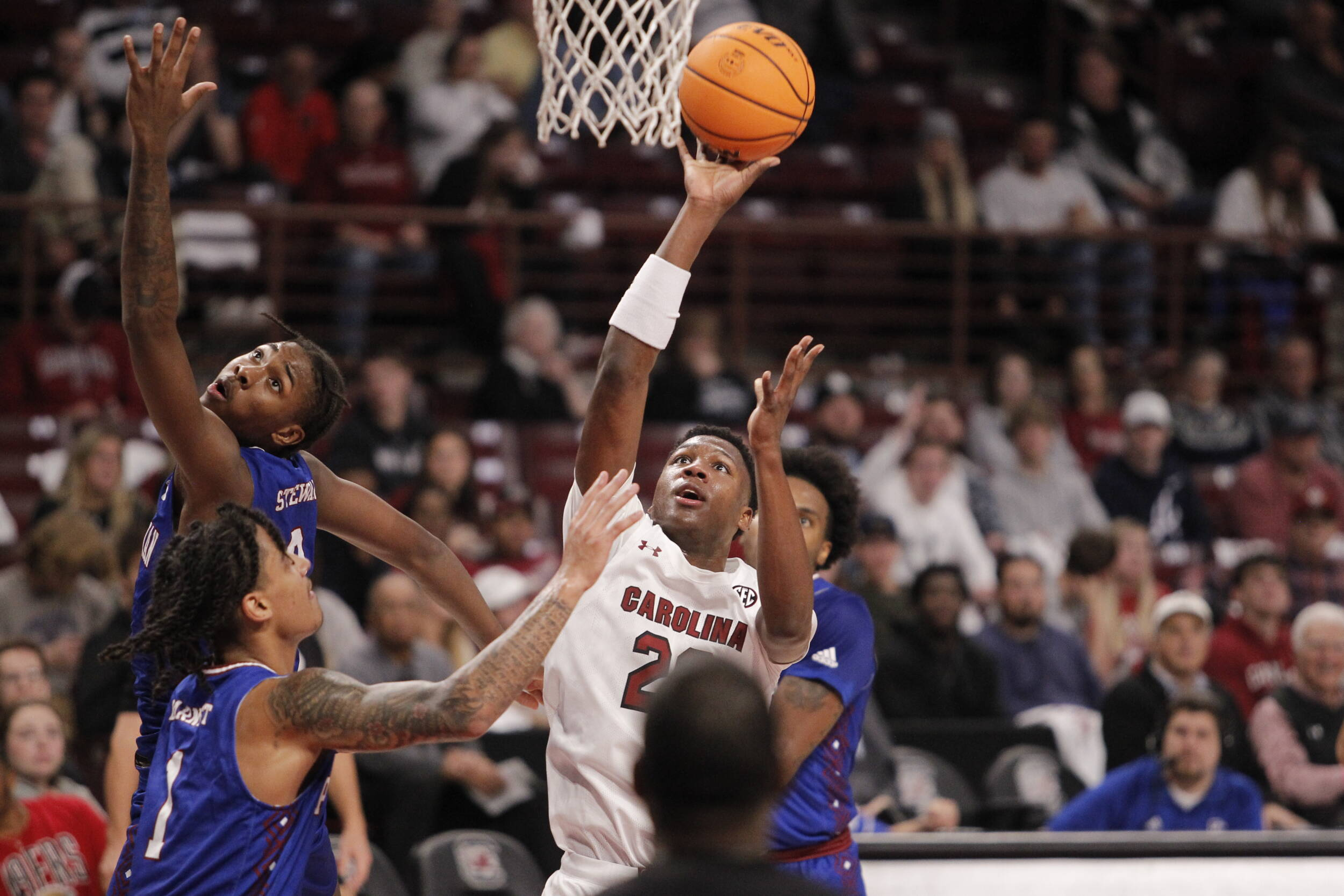 COLUMBIA, S.C. (AP) — Freshman Gregory “GG” Jackson II scored 18 points, Meechie Johnson added 16 and South Carolina used a 14-0 run midway through the second half to pull away for a 68-57 win over Presbyterian on Sunday night.

Jackson has scored in double figures in each game as a member of the Gamecocks and went into the game leading the team in scoring (17.0 per game) and rebounding (7.5).

Jackson threw down a dunk with about 12 minutes remaining to spark the big run — including seven points by Hayden Brown — over the next 6 minutes that gave South Carolina a 55-44 lead. Marquis Barnett hit a 3-pointer that trimmed Presbyterian’s deficit to 63-55 with 2:41 left, but the Blue Hose got no closer.

Brown, a graduate transfer who scored 1,402 career points for The Citadel over five seasons, finished with 14 points — 11 in the second half — for South Carolina (5-4).

Benjamin Bosmans-Verdonk made back-to-back baskets before he blocked a shot by Ard that led to a fast-break dunk by Jackson to give South Carolina a 6-0 lead less than 90 seconds into the game.

Jackson and Johnson scored five points apiece — and each hit a 3-pointer — in a 10-3 spurt that made it 16-5 with 14 minutes left in the first half. Jackson made another 3 to give the Gamecocks a 13-point lead with 5 minutes before halftime but Presbyterian scored 11 straight points before a Jackson layup made it 37-33 at the break.

Owen McCormack hit a 3 and Trevon Reddish-Rhone followed with four consecutive points to open the second half — while South Carolina missed its first six shots — to give the Blue Hose their first lead of the game at 40-37 with 17 minutes to play.

Game-high 12 now for Mr. Jackson after knocking down his second triple.

THE BRAIDS HAVE GONE ROGUE!!! pic.twitter.com/KC7m0MFeEk