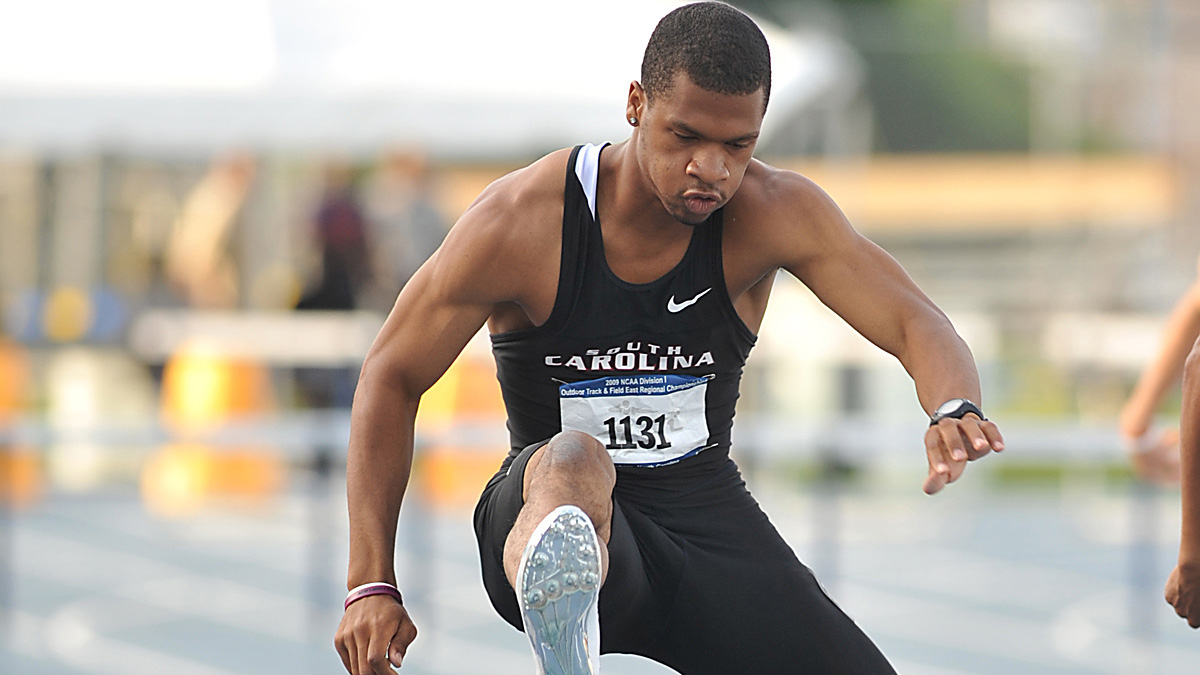 Johnny Dutch to be Inducted into North Carolina Hall of Fame

Dutch enjoyed an illustrious collegiate career where he was the 2010 NCAA Champion in the 400-meter hurdles, following his runner-up finish the year prior. Dutch is an eight-time All American and a three-time All-SEC honoree and holds 11 Top-10 marks for the Gamecocks, including the school record for the 400m hurdle which is 47.63 set in 2010. The North Carolina native won a trio of silver medals while with South Carolina, including back-to-back years claiming silver in the U.S. Outdoor Track and Field Championship in both 2009 and 2010. In 2010, he also took home bronze at the NACAC and claimed the podium at the Penn Relays.

The standout athlete is a two-time high school national champion in the 60-meter hurdles (2007) and the 110-meter hurdles (2006). Dutch was also named the North Carolina Gatorade Boys’ Track & Field Athlete of the Year and is a nine-time state track champion.

A statewide committee of 21 track and field and cross country coaches, officials and media representatives who cover the sport extensively nominated and elected the class.

The induction ceremony will be Jan. 28, 2023, in Winston-Salem during the Mondo Elite High School Invitational at the JDL Fast Track, which will house the Hall of Fame. Each elected class has been honored at the meet, which is the premier indoor meet in North Carolina each season.