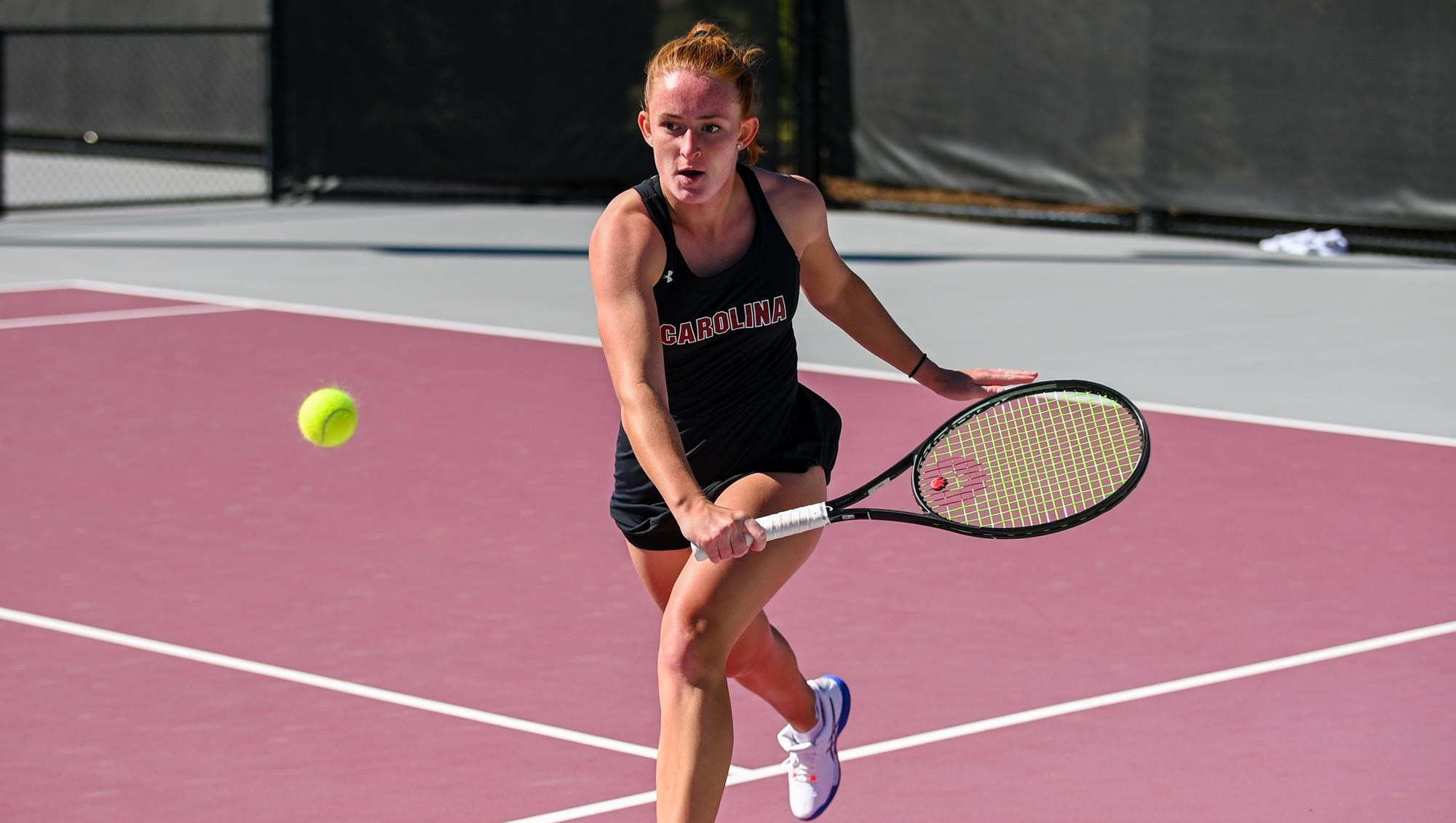 Columbia, S.C. – No. 34 South Carolina will host its final SEC matches at the Carolina Tennis Center this weekend. The Gamecocks will face No. 13 Auburn on Friday at 5 p.m. before taking on No. 42 Alabama for Senior Day on Sunday at 1 p.m.