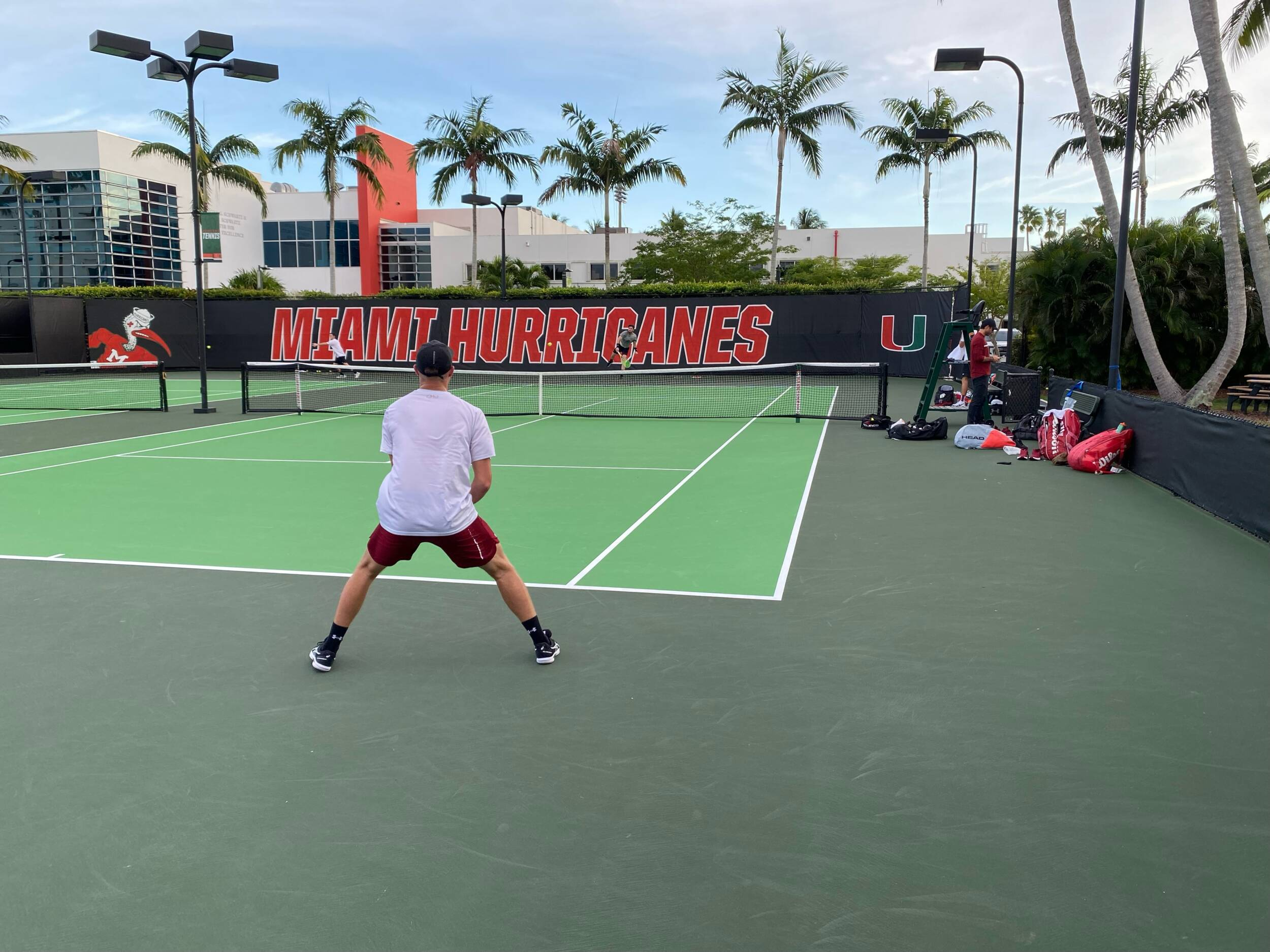 Coral Gables, Fla. – No. 10 South Carolina men’s tennis kicks off their Spring 2023 season with a trip to Coral Gables, Fla., for the Miami Spring Invite, hosted by the University of Miami. The event will run Fri., Jan. 6 through Sun., Jan 8 at the Neil Schiff Tennis Center.

Along with the tenth ranked Gamecocks and host Miami, other participating teams include the No. 7 Georgia Bulldogs and the No. 8 Texas Longhorns.

The Gamecocks return seven players from last season’s squad that made it to the NCAA Round of 16 and finished with a final ranking of No. 10. The team carried that ranking into the new year, having recently been announced as the No. 10 team in the nation in the ITA Top 25 Coaches Poll. This marks the highest preseason ranking in program history.

South Carolina had two individuals ranked in the latest ITA Singles Rankings released Nov. 16 – No. 15 Toby Samuel and No. 56 Casey Hoole. Samuel went 5-1 though the fall season with ranked wins over Nos. 8 and 98. Hoole stacked up an impressive 14-3 record through the fall season and earned the title of ITA Carolina Region Champion.

A pair of Gamecocks also own the top spot in the ITA Doubles Rankings. The duo of Samuel and Connor Thomson went a perfect 7-0 through the fall, including winning the ITA All-American Doubles Championship. Thomson, ended last season in the semifinals of the 2022 NCAA Doubles Championships with partner Daniel Rodrigues and earned the distinction of Doubles All-American.

Lambling will be rejoining the team after having taken the fall semester off to play on the ITF World Tour. Lambling has been a staple in the lineup for the past four seasons, having most recently accumulated a 26-10 singles record during the 2021-22 season. Lambling primarily played at the No. 4 position and racked up a near perfect 11-1 record in SEC play.

Live stats for the Miami Spring Invite will be available each day and links can be found here. Live streaming will be provided only for matches against the host institution and can be found on the PlaySight app.