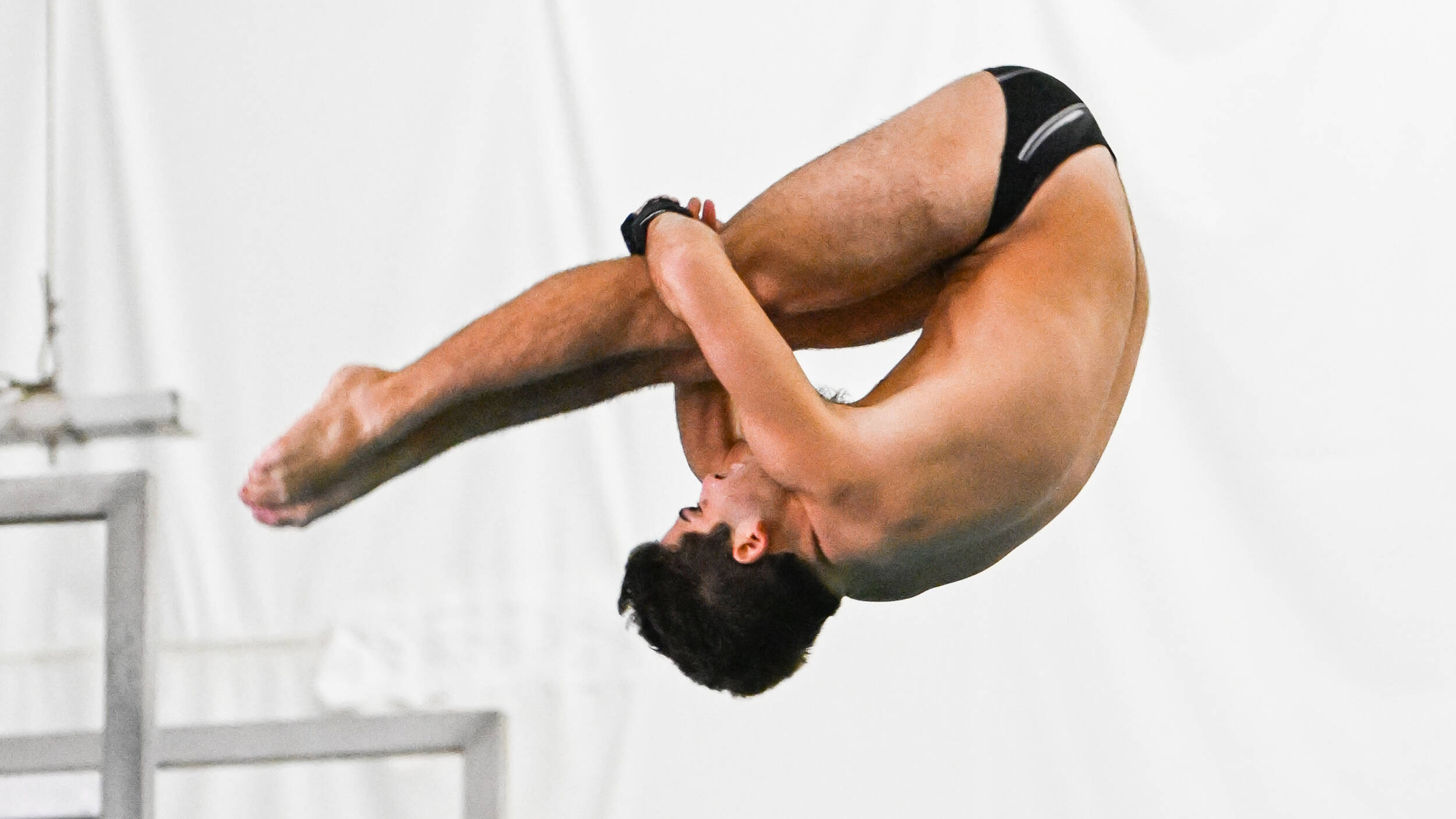 Athens, Ga. –  South Carolina’s divers closed out the final day of the Georgia Diving Invitational with a new school record and an event win from two of their four finalists.

“I am extremely proud of our divers performances this week,” said head diving coach Michael Wright. “This week offered an opportunity to compete prelims and finals multiple days in a row similar to what SEC Championships will be like.”

On the men’s platforms, senior Manny Vazquez Bas took down his own school record , scoring 410.15 points to take second place. The San Juan, Puerto Rico, native started off the finals strong with a forward three and a half somersault pike that earned him 76.50 points. His armstand dive also earned him high markings, gaining 73.60 points on an armstand back two somersault one and a half twist pike. Vazquez Bas closed out the competition with a back two and a half somersault one and a half twist pike that pulled in 75.20 points.

His final score of 410.15 takes down his previous school record of 403.95 that earned him bronze at the 2022 SEC Championships. Vazquez Bas had an average round score of 68.36 and finished just 4.65 points behind the first place finisher.

Freshman Charley Bayer also competed on the platforms and set his new career best score in the preliminary round with a 278.90. His score secured him a spot in the finals where he placed 12th overall out of 23 competitors.

In the women’s 1-meter competition, Brooke Schultz completed the springboard sweep, winning the event with a score of 325.45. This marks the graduate student’s fifth springboard sweep of the season. Schultz highest scoring dive of the round was a reverse two and a half somersault tuck that earned her an even 60.00 points.

Sophomore Sophie Verzyl also made the finals of the 1-meter event. The Columbia, S.C., native placed ninth in the preliminary round with a score of 261.35, but bumped her score up to 300.80 in the finals to finish fourth overall.

The Gamecocks wrapped up their trip to Athens with a total of six podium finishes, including two event wins.  South Carolina had finalists in every event of the competition.

South Carolina’s divers will compete next at their senior meet dual versus Georgia on Jan. 14. Diving will begin at 10 a.m. with swimming to follow at 11 a.m. South Carolina’s swimmers will see their first action of the new year this Saturday, Jan. 7 against UNCW at noon at the Carolina Natatorium.