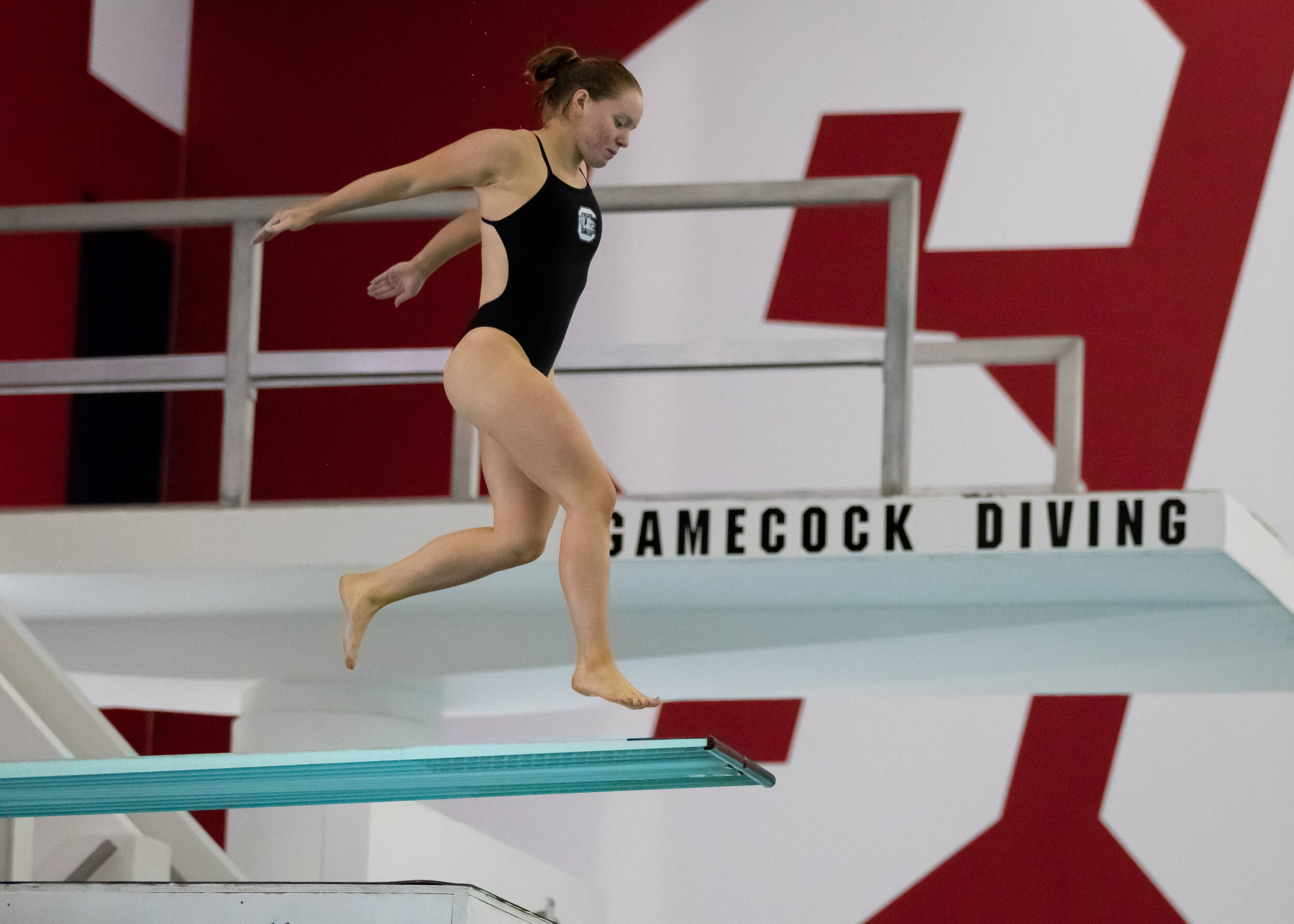 Columbia, S.C. – South Carolina diver Brooke Schultz was named the SEC Diver of the Week for Week 12 of the season, the conference announced on Tuesday. This recognition marks the graduates fifth honor of the season, having earned the title previously during Weeks 1, 3, 7, and 10.

Schultz, a native of Fayetteville, Arkansas, won the 1-meter event at the Gamecocks’ dive dual versus Davidson with a new program record setting score of 370.58. She outscored the previous school record by 4.83 points that had been in place since 2018. Schultz’s previous career best in the 1-meter event was a 352.88, achieved during the season opener versus Army, that she outscored by 17.70 points.

South Carolina’s divers will be in action next at the SEC Championships, Feb. 14-18 in College Station, Texas. The swimmers will spend time at the Virginia Tech Invitational Feb. 3-5 before their appearance at the conference championships.