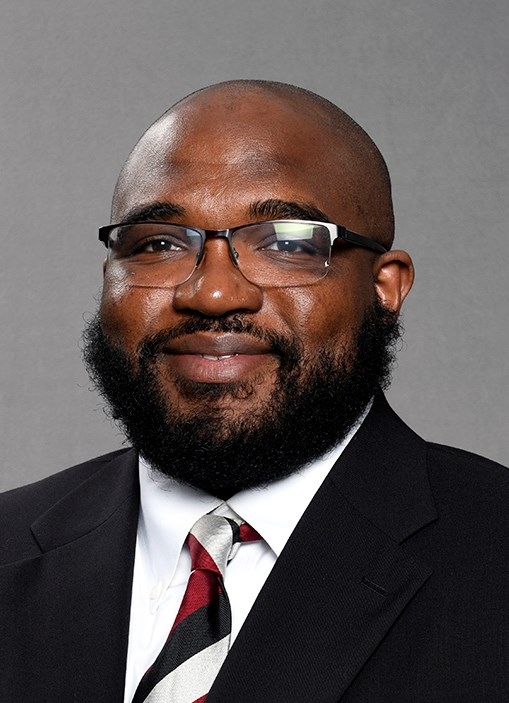 Jimmy Lindsey begins his second season at South Carolina. He was officially named the Gamecocks’ defensive line coach on Jan. 17, 2021.

In 2021, the Carolina defense allowed 24.0 points per game in 2021, ranking 46th in the nation, with six of its 13 opponents scoring 17 points or less. That was following a 2020 season in which they allowed 36.0 points per game and ranked 105th in scoring defense. Alex Huntley earned a spot on the Freshman All-SEC team as a defensive lineman.

Lindsey, who was born in Cheraw, S.C. and lists Morven, N.C. as his hometown, spent the 2020 season on Lovie Smith’s staff at the University of Illinois, coaching defensive ends. He served as the defensive coordinator in the Illini’s season finale at Penn State after Smith was relieved of his coaching duties. Under Lindsey’s tutelage, Owen Carney Jr. earned second-team All-Big Ten honors after collecting 28 tackles, 7.0 tackles for loss and 5.0 sacks in eight games.

Lindsey came to Illinois after three seasons at Western Kentucky where he worked with current Gamecock defensive coordinator Clayton White. Lindsey was the Hilltoppers’ defensive line coach in 2017, before coaching the defensive ends and serving as the recruiting coordinator in 2018 and 2019.

Lindsey’s coaching career began at his alma mater, Chattanooga, where he was an assistant in 2000 and ’01 while finishing up his degree. Following graduation, he was named the Mocs’ linebackers coach in 2002.

He then spent four seasons (2003-06) at Gardner-Webb, where he coached the defensive line, linebackers, special teams and was also the recruiting coordinator. Under Lindsey’s guidance, Harold Wells, was named the 2004 I-AA Football Gazette National Defensive Lineman of the Year, and defensive end Brian Johnson was drafted by the Kansas City Chiefs in 2008.

Lindsey then spent four years in the Palmetto State, working at Furman University from 2012-15. He was the Paladins’ defensive line coach for three seasons before adding the title of Assistant Head Coach in his final season in Greenville. He mentored defensive end Gary Wilkins to All-America honors in 2014 and a contract with the Oakland Raiders. Lindsey also helped Furman win a Southern Conference championship in 2013.

Lindsey spent the 2016 season at Georgia Southern, working as the defensive line coach, before moving on to Western Kentucky.

Lindsey was a linebacker at Chattanooga from 1996-99, serving as a team captain in his senior season and was the recipient of UTC’s Marco Sheppard Mr. Hustle Award. He graduated in 2001 with a degree in sports administration.

Born Aug. 22, 1977, Lindsey is married to the former Lauren Thomas. He has one daughter, Kiara.