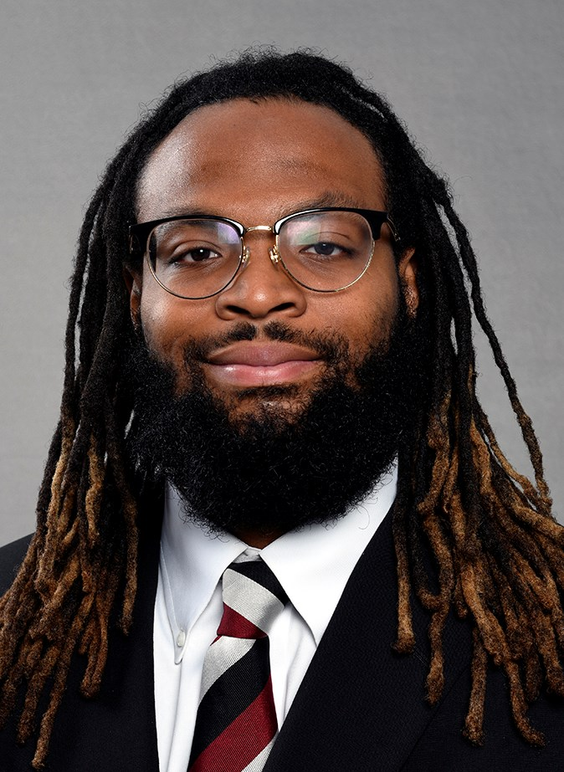 Graduate transfer from Wake Forest who joined the Gamecocks in the spring of 2022… adds a veteran presence to the running back room… considered to be very good in pass protection and as a special teams performer… has appeared in 43 games over the past four seasons, making 22 starts… led the Demon Deacons in rushing each of the past two seasons… has 1,871 career rushing yards with 14 touchdowns… owns four 100-yard rushing games.

2020 (Redshirt Junior)
Rushed for 732 yards and five touchdowns en route to being named third team All-ACC by Phil Steele… was an honorable mention All-ACC selection by the league’s coaches… logged a trio of 100-yard rushing games, including a career-best 130-yard, three touchdown performance against Campbell… also went for 129 on just 13 carries against Virginia Tech, including a 58-yard burst, and 120 on 17 totes at North Carolina… logged a career-high 21 carries for 82 yards and a score in the Duke’s Mayo Bowl against Wisconsin… had five receptions on the season for 42 yards and added three kickoff returns for 32 yards.

2019 (Redshirt Sophomore)
Appeared in nine games and made two starts… finished with 304 yards, fourth on the team, and two touchdowns… scored his first career touchdown on a 12-yard run vs. Utah State in the season opener… made his first career start at Rice and carried 10 times for 30 yards while scoring on a two-yard run… started vs. North Carolina and rushed for 51 yards on a season-high 15 carries… posted his first career 100-yard game with a 14 carry, 123-yard performance against Louisville, including a season-long run of 25 yards… was the team leader in kickoff returns with eight for 143 yards with a long of 25 yards… added six receptions for 25 yards.

Finished fifth on the team with 231 rushing yards… had the second-highest yards per carry rate (4.9) among the running backs… also a critical member of the special teams where he tied for the team lead with six special teams tackles… made his collegiate debut in the season-opener at Tulane… recorded his first college carries against Towson and responded with a season-best 68 yards on six carries, including a 52-yard burst… logged a season-high 10 carries vs. Notre Dame and added his first career KOR… picked up 60 yards on nine carries in a win over Rice… had a 42-yard run vs. Clemson.

HIGH SCHOOL
Graduated from Eastern Wayne High School Goldsboro, N.C. in December 2016… four-year letterman for the Eagles… a versatile playmaker and team captain who saw action at six positions while playing for Coach Todd Willert… a three-time All-Northwest selection by the Winston-Salem Journal and a three-time all-conference pick… helped the Eagles to three-straight conference titles and deep into the state playoffs in his last two seasons… rushed for 1,525 yards and 25 touchdowns as a senior, earning Piedmont Triad 4-A Conference Offensive Player of the Year honors… averaged 6.7 yards per carry on 227 attempts… ran for six touchdowns in a 2016 win over Northwest Guilford… represented North Carolina in the Shrine Bowl of the Carolinas in December 2016… as a junior, carried 186 times for 1,659 yards and 23 scores… rushed 144 times for 1,269 yards as a sophomore and logged 2,223 all-purpose yards with 23 touchdowns… broke onto the varsity team as a freshman as he compiled 657 rushing yards on 97 carries with five touchdowns… also competed in track… ranked as the No. 2 running back in the state and the No. 34 running back in the South by Scout… considered the 27th-best prospect in North Carolina by the Fayetteville Observer… ranked by 247Sports as the No. 17 all-purpose back in the country.

PERSONAL
Christian De’Andre Beal-Smith was born March 6, 1999… earned a degree from Wake Forest in communications with minors in history and humanities.