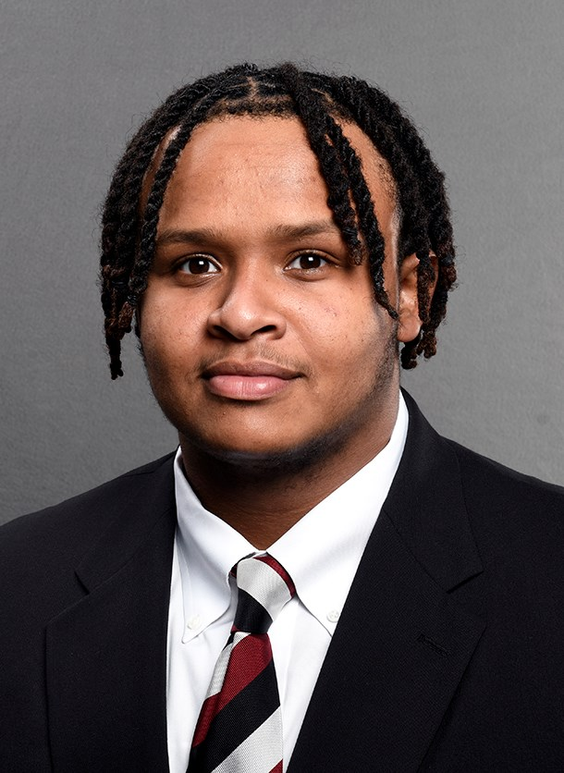 “Super Senior” who returns for his sixth season on the offensive line… incumbent at the center position… smart and experienced player who calls the blocking schemes… has appeared in 44 games during his Gamecock career… has started 24 games including the last 23 in a row… has been on the SEC academic honor roll every year.

2021 (Redshirt Senior)
Started all 13 games at the center position… selected as a game captain for the East Carolina, Troy and Missouri games… named to the SEC Fall Academic Honor Roll.

2020 (Redshirt Junior)
Won the starting center position in fall camp… started all 10 games… part of the offensive line that helped Kevin Harris become the first Gamecock to rush for 1,000 yards in a season since 2013… nominated for the Rimington Award… earned a spot on the SEC Fall Academic Honor Roll.

2019 (Redshirt Sophomore)
Saw action in nine games, including one start, as a redshirt sophomore… earned his first career start at right guard in the season opener against North Carolina… shared Most Improved honors in the spring on offense with Josh Vann… named to the SEC Fall Academic Honor Roll.

2018 (Redshirt Freshman)
Saw action in 12 games as a redshirt freshman, primarily on the kickoff return team… was a member of the SEC Fall Academic Honor Roll.

2017 (Freshman)
True freshman who was redshirted in his first season at Carolina… selected by the coaches as the Offensive Scout Team Award recipient… named to the First-Year SEC Academic Honor Roll.

PERSONAL
Eric Eugene Douglas II was born Dec. 2, 1998… graduated in May with a degree in sport and entertainment management… has interned with a local television station… father, Eric, was a two-time all-conference player at South Carolina State.