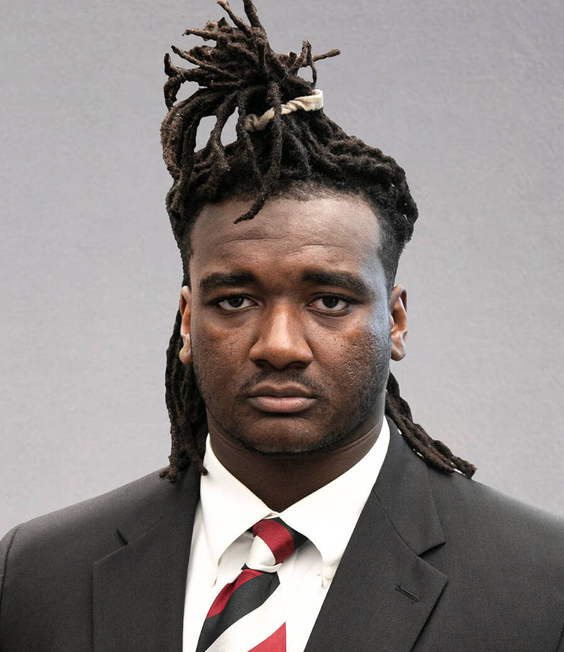 Veteran versatile offensive lineman… multi-positional player who can play either guard or tackle, but figures to begin the fall competing for the starting left tackle position… has appeared in 25 games over the past three campaigns including 11 starts… has started four times at left guard, four times at right tackle and three times at left tackle… named a co-winner of the 2022 Most Improved Player of the Spring Award for the offense, presented at the Garnet & Black Spring Game.

2021 (Junior)
Appeared in 10 games, making seven starts… started each of the first four games (Eastern Illinois, East Carolina, Georgia and Kentucky) at the left guard position… was injured and missed some time… started each of the final three contests (Auburn, Clemson and North Carolina) at left tackle… worked exclusively at guard in the spring.

2020 (Sophomore)
Played in all 10 games, primarily on special teams, as a backup offensive lineman… named to the SEC Fall Academic Honor Roll.

2019 (Freshman)
Enrolled at South Carolina in January and went through spring drills… played in five games as a true freshman including four starts… saw his first collegiate action in the win over Charleston Southern… moved into the starting lineup at right tackle for the Kentucky game following an injury to Dylan Wonnum… held that starting slot for the next three games – Georgia, Florida and Tennessee – before suffering a high ankle sprain that limited him throughout the remainder of the season… named to the SEC First-Year Academic Honor Roll.HIGH SCHOOL
Graduated from Myers Park High in Charlotte, N.C. in December 2018… coached by Scott Chadwick… started games on both sides of the ball, at offensive guard and defensive tackle… led his team to a 13-2 record and a berth in the state 4A semifinals as a senior… helped the Mustangs post a 12-2 record as a junior… considered the 43rd-best player in the Tar Heel state and the 86th-best offensive tackle in the country, according to 247Sports Composite.

PERSONAL
Jaylen Lawrence Nichols was born May 17, 2001… is a public health major.