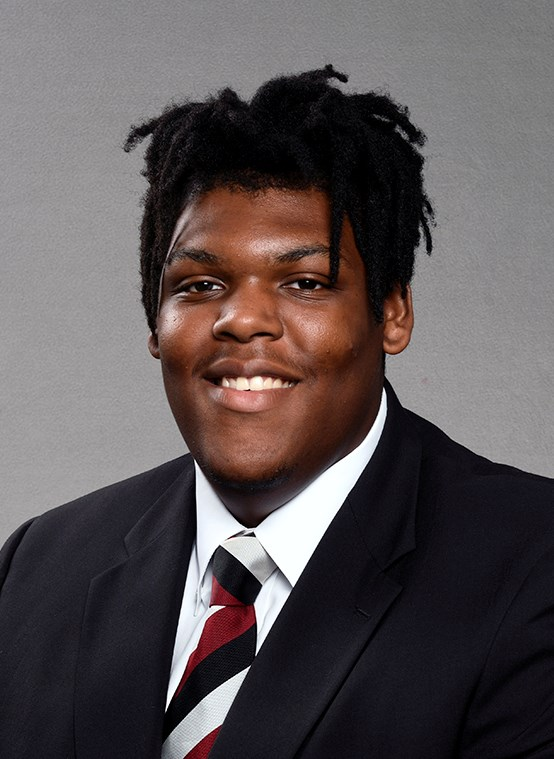 Second-year offensive lineman who works at a guard position… sustained an injury early during the 2021 season and basically missed the entire year… has worked hard to change his body composition.

2021 (Freshman)
Joined the squad in the summer… missed much of the campaign with an injury… redshirted in his first year in the Garnet & Black… named to the 2021-22 SEC First Year Academic Honor Roll.

HIGH SCHOOL
Offensive line prospect who prepped at Huffman High School in Birmingham, Ala., graduating in 2021… coached by Bill Smith for the Vikings… could play either guard or tackle on the offensive line… listed on the Sports Illustrated High School All-American Watch List… considered the 50th-best player in Alabama and the 106th-best offensive tackle in the country by 247Sports Composite… Rivals ranked him as the 57th-best player in the state.

PERSONAL
JonDarius Keon Morgan was born August 27, 2003… is undecided on his major field of study.