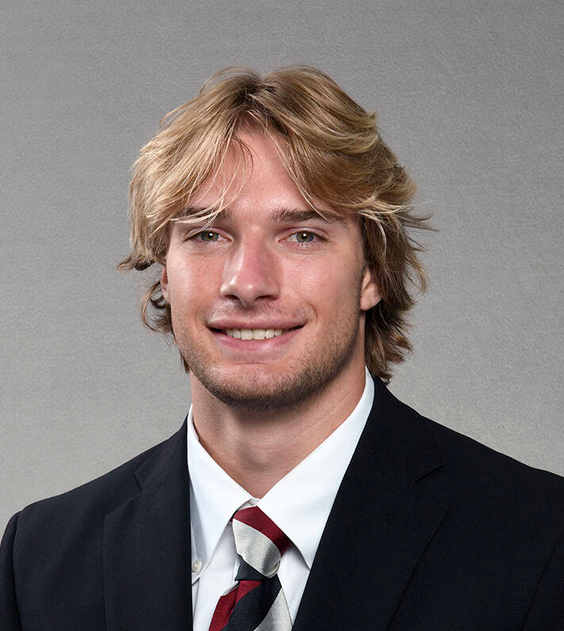 Wide receiver prospect who joins the team this fall… considered a good route runner… extremely smart and hard worker who could help in his freshman year.

HIGH SCHOOL
Graduated from Southlake (Texas) Carroll High School in 2022… had 48 catches for 864 yards and 13 touchdowns in 10 games as a senior… the Dragons posted a 14-1 record and reached the Class 6A D1 state semifinals in 2021 under head coach Riley Dodge… invited to play in the 2022 All-American Bowl… named the 2020 Texas District 4-6A Offensive Player of the Year… helped Southlake Carroll reach the Class 6A-Division I state championship game as a junior after catching 74 passes for 1,281 yards and 15 touchdowns… also competed in track & field as a sprinter and jumper… considered the 57th-best prospect in the Lone Star state, the 57th-best wide receiver in the country and No. 414 overall in the 247Sports Composite… ranked 35th in the state of Texas, the 34th-best wide receiver prospect and No. 237 in the Rivals250.