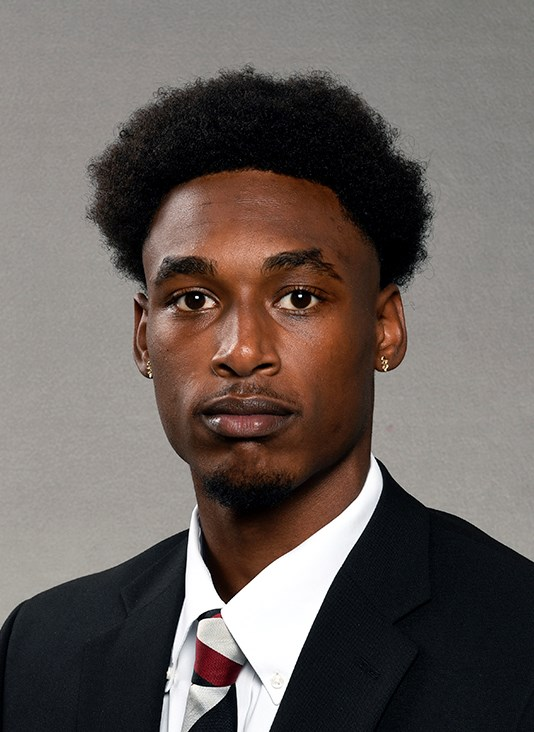 Excellent athlete who is in his second year with the program… looks to work his way into the rotation at wide receiver as a redshirt freshman in 2022 as he gains further understanding of the offense.

2021 (Freshman)
True freshman who worked with the scout team most of the year… made his Gamecock debut in the Duke’s Mayo Bowl win over North Carolina… was tackled for a 9-yard loss on a reverse, the only time he touched the ball… redshirted.

HIGH SCHOOL
Graduated from South Pointe High School in Rock Hill, S.C. in 2021… played wide receiver, quarterback and cornerback… finished his senior season with 1,272 yards of total offense and a dozen touchdowns for the Stallions, who reached the second round of the Class AAAA playoffs… threw for 381 yards, ran for 182 and caught 50 passes for 709 yards… named to the South Carolina Football Coaches Association 4A All-State team as a wide receiver… caught 38 passes for 800 yards and carried 39 times for 353 yards as a junior… primarily played defense as a sophomore in 2018, intercepting four passes… coached by former Gamecock DeVonte Holloman… also played basketball and ran track… helped South Pointe with the 4A state championship in basketball… was the Region 3-4A high jump champion… rated as the ninth-best player in the Palmetto State, the 108th-best wide receiver in the country and No. 697 overall by 247Sports Composite… Rivals ranked him as the sixth-best player in South Carolina and the 27th-best “athlete” in the country.