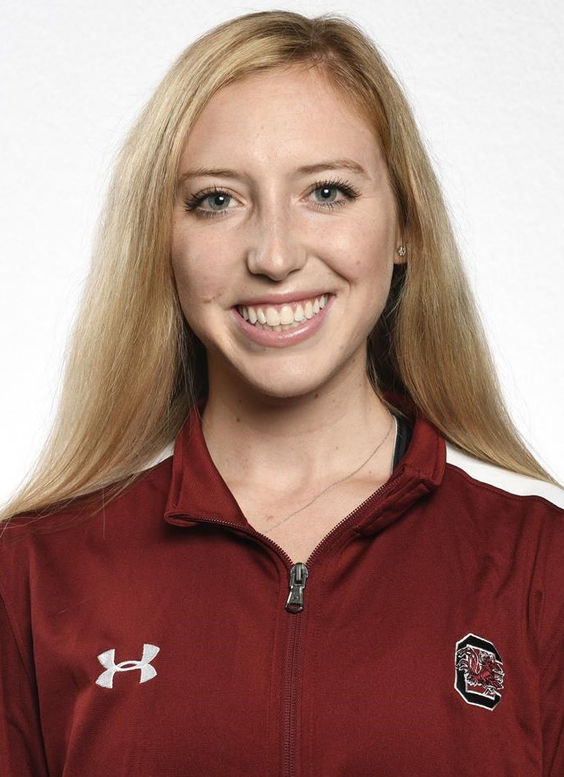 2020-21
Cross Country: Ran three times for Carolina during the shortened season… Ran her first collegiate race at the FSU Invite and finished in 47th… Ran her best 6K time at the UAB Blazer Classic in a time of 23:57.72… Helped Carolina the 2020 SEC Championships in Baton Rouge, La…
Indoor: Ran in the Mile four times for the Gamecocks … Opened her season with a third-place finish in the Mile at the Gamecock Opener … Earned top-10 finishes in the Mile at the Carolina Challenge and the USC Indoor Open … Ran a season-best time of 5:18.16 in the Mile at the South Carolina Invitational.
Outdoor: Ran in three 1,500-meter races for Carolina … Ran a season-best time of 5:03.91 at the Gamecock Invitational … Took 14th at Weems Baskin with a time of 5:07.66 … Also ran at the USC Open.

2020 Track
Cross Country: Did not compete.
Indoors: Competed in three meets for the Gamecocks, all at home… Made her Carolina debut at the Gamecock Opener where she ran the Mile Run and finished in 31st… Ran the 800m twice during the season, where she finished with a PR of 2:25.52 at the South Carolina Invite.
Outdoors: Cancelled.

HIGH SCHOOL: A four-year letter winner in cross country and spring track, as well as three in winter track… Placed 5th in the 4×800 relay at the 2019 Meet of Champions and 6th in 2017… Helped her team to the title of Skyland Conference Champions in 2018… Also named the Skyland Conference Relay Champions in 2018… Earned 2nd team sections in 2018 and 2019… Team placed 14th at the 2015 and 2016 Cross Country MOCs… Named 2nd team all-conference in 2015… In 2016, honored as the cross country sectional champion… Has a PR of 18:46 in the 5K and a 5:10 mile time… Was also a member of the National Honor Society, Rho Kappa and Science Honors Society… On the Honor Roll for eight semesters and was an AP Scholar with Honor.

PERSONAL: Daughter of Norman and Sarah Cella… Has four brothers, Norman, William, Andrew and Jacob… Chose the Gamecocks over West Point… Plans to be pre-law at UofSC.