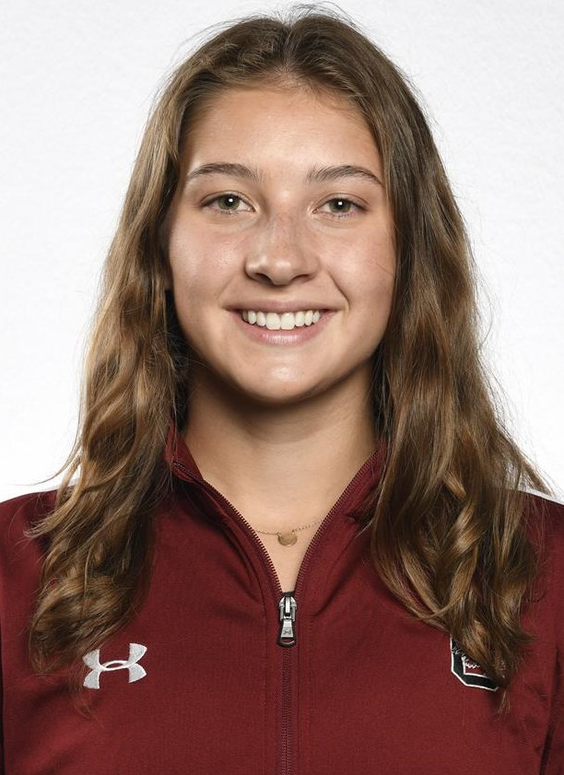 Ran three times as a true freshman, all at 5K… posted her best time at the Carolina Challenge, when she finished 26th with a mark of 19:09.4… placed 47th at the Joe Piane Invitational, clocking a mark of 19:24.9… placed 10th in her final race of the year, helping the Gamecocks win the Charleston Classic team title with a mark of 19:17.8.

Owns a 5K PR of 18:45… Was a 2015-16 cross country Section 1 and L-L League Champion with Manheim Township High School… Had a sixth-place individual finish in the league meet… Was an L-L League First-Team All-Star… In 2016-17 she also helped lead the Blue Streaks to a Section and L-L League Championship with a third-place finish in the league meet… Led her team to a District III Team Championship… L-L League First Team All-Star… Track District Qualifier in the 3200m… Earned the PIAA District III Fackler-Hower Sportsmanship award… In 2017-18 she led her squad to the Section 1 and L-League Team Championship and a District III Team Championship… Was the PIAA State Team Runner Up… Was a Track District Qualifier in the 3200m and the 4X800 relay.

Daughter of Chad and Cynthia Jenkins… Sister of Ty… Was an Honor Graduate, was on the First Honor Roll and was an AP Scholar in high school… Also competed for the swim team at Manheim Township High School.