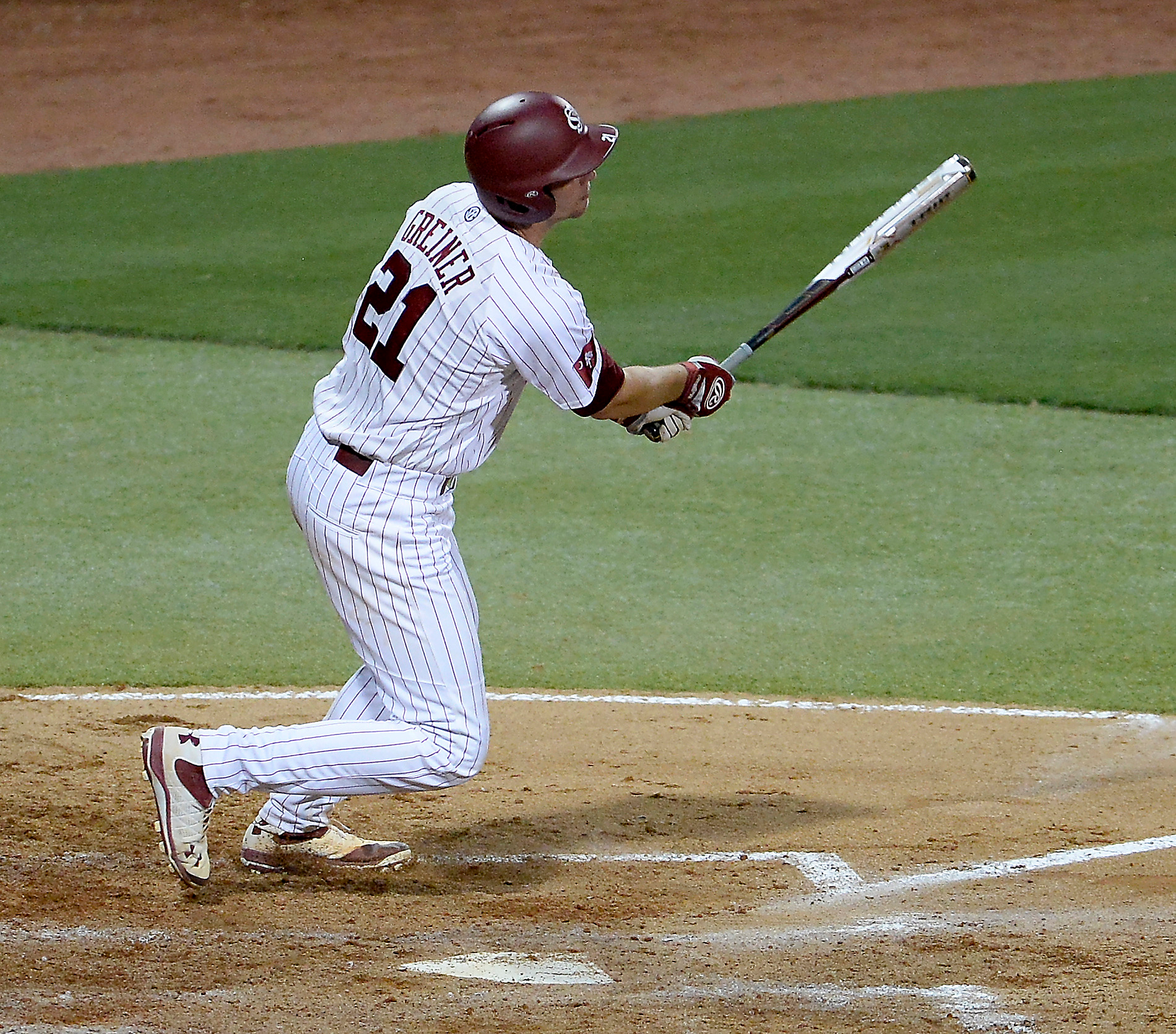 Grayson Greiner is accustomed to letting his bat and his arm doing the talking, but the former All-American catcher for the Gamecocks will be doing the talking, or yelling, as the celebrity starter leading the “Game-Cocks” cheer prior to Saturday’s football game against Tennessee at Williams-Brice Stadium.

“I was a little surprised they asked me,” Greiner said. “I’m a little nervous. I always see some pretty big names do it, so it’s a pretty cool honor. Public speaking has never been my strong suit, but playing here for three years has made me a little bit better at it. It’s going to be fun. I’ve lived here my whole life and I’ve been going to Carolina games since I was four years old.”

Greiner was named to the SEC Academic Honor Roll and earned second-team Academic All-America honors, so it was appropriate that he return on Saturday as student-athletes on the Athletics Honor Roll will be recognized at the game. Following his junior season, he was selected by the Detroit Tigers in the third round of the 2014 Major League Baseball draft. He is currently back in the classroom this fall working to finish his degree.

“I’m taking a full schedule with 15 hours of classes,” Greiner said. “I’m trying to get my accounting degree. After this semester, I’ll have one more semester to go. I’ve been injured three times. You never really know when you’re going to get a career-ending injury or if you’re not good enough to play, so you have to have something to fall back on. That’s one of my goals – to get my degree. I’ve always taken a lot of pride in my grades.”

“Getting the coaching I got here from Coach Tanner, Coach Holbrook, Coach Esposito, and Coach Meyers meant a lot. Without those guys I don’t think I would have been a third round pick at all.”

Greiner was selected as a Freshman All-America in 2012, earned second-team All-SEC honors in 2013, and was named to the SEC All-Defensive team in 2014. He was a semifinalist for the Johnny Bench Award and had a grand slam in a win over Clemson last spring while hitting a career best .311 with 8 home runs and 50 RBI in his final season with the Gamecocks. Those three years created many great memories.

“Going to Omaha my freshman year and going to the national championship was really cool,” Greiner recalled. “That was probably the best memory. I loved beating Clemson. The walk-off home run I hit (vs. Tennessee) was pretty fun too. Being the No. 1 play on `SportsCenter’ was cool. I have lots of good memories.”

Greiner’s first stint in the minors landed him on the Tigers’ single-A team in Grand Rapids, Michigan, where he hit .322 with two home runs and 16 RBI in 26 games before having to have surgery on the hamate bone in his hand to end his season. Before the injury, he quickly settled into learning the differences between college and professional baseball, including calling his own pitches.

“Getting used to that and playing every day were the biggest differences,” Greiner said. “Here, you played three games on the weekend, one game in the middle of the week and you have three or four days off. In pro ball you get maybe one off-day per month. It’s a grind playing every day. The travel is about how it’s depicted (in movies). There are some not-great buses and not-great hotels, and some pretty long trips. It’s fun though. I mean you get to wake up and play baseball.”

As a highly sought after player, Greiner likely could have started his professional career right out of high school, but he thought that going to college was in his best long-term interests.

Greiner will head to Lakeland, Florida, in February for spring training to find out where he will play next.