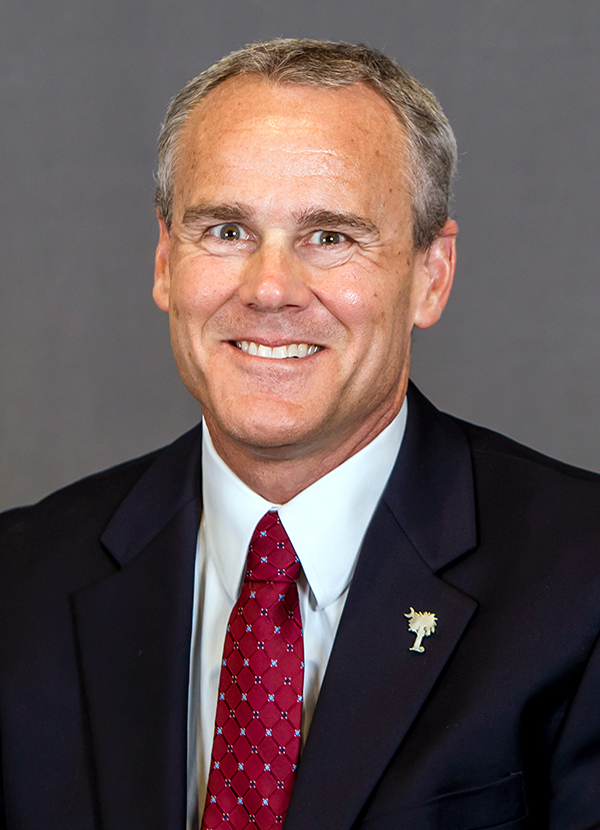 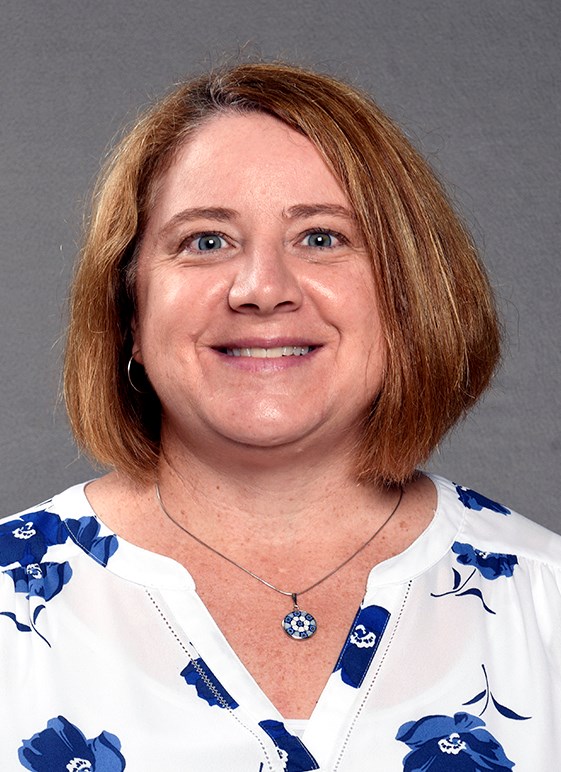 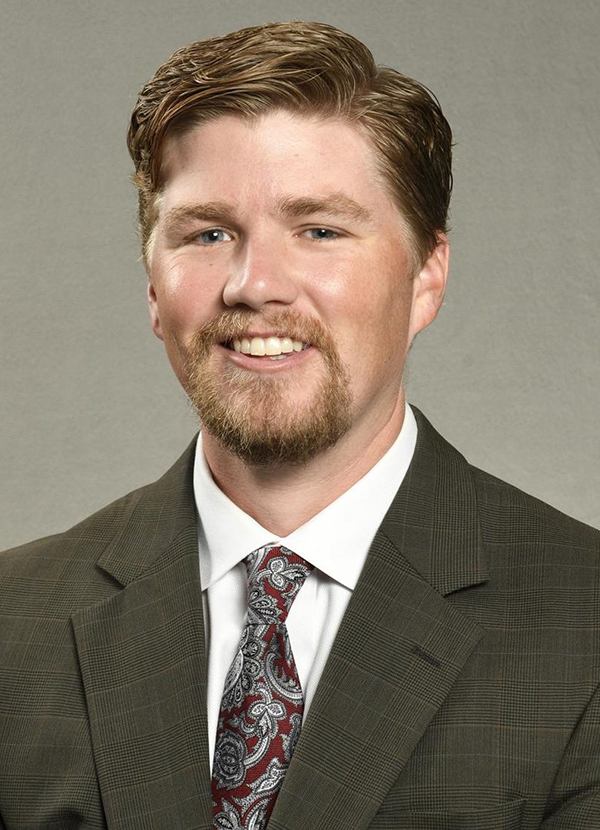 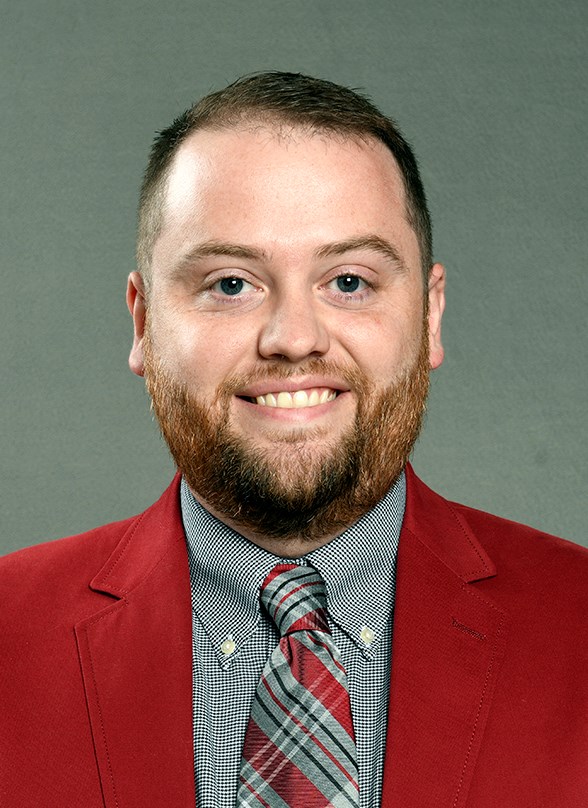 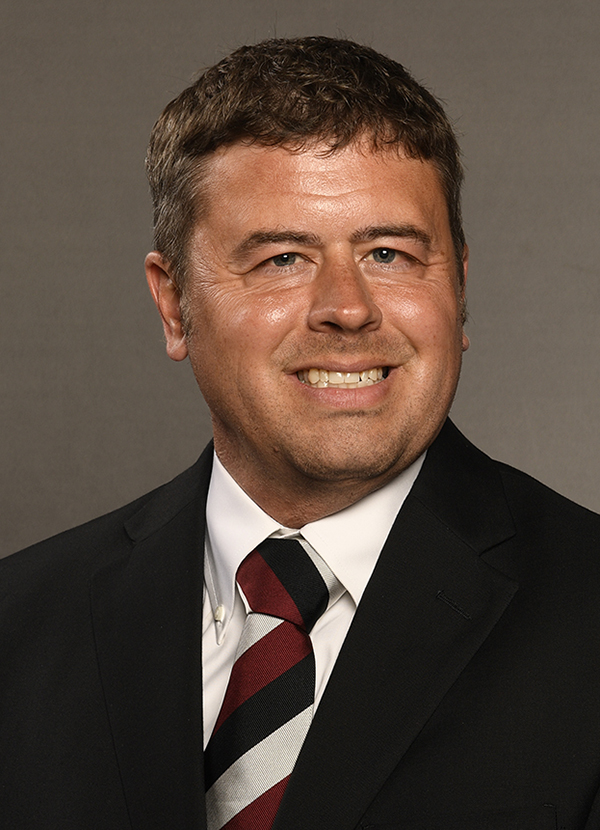 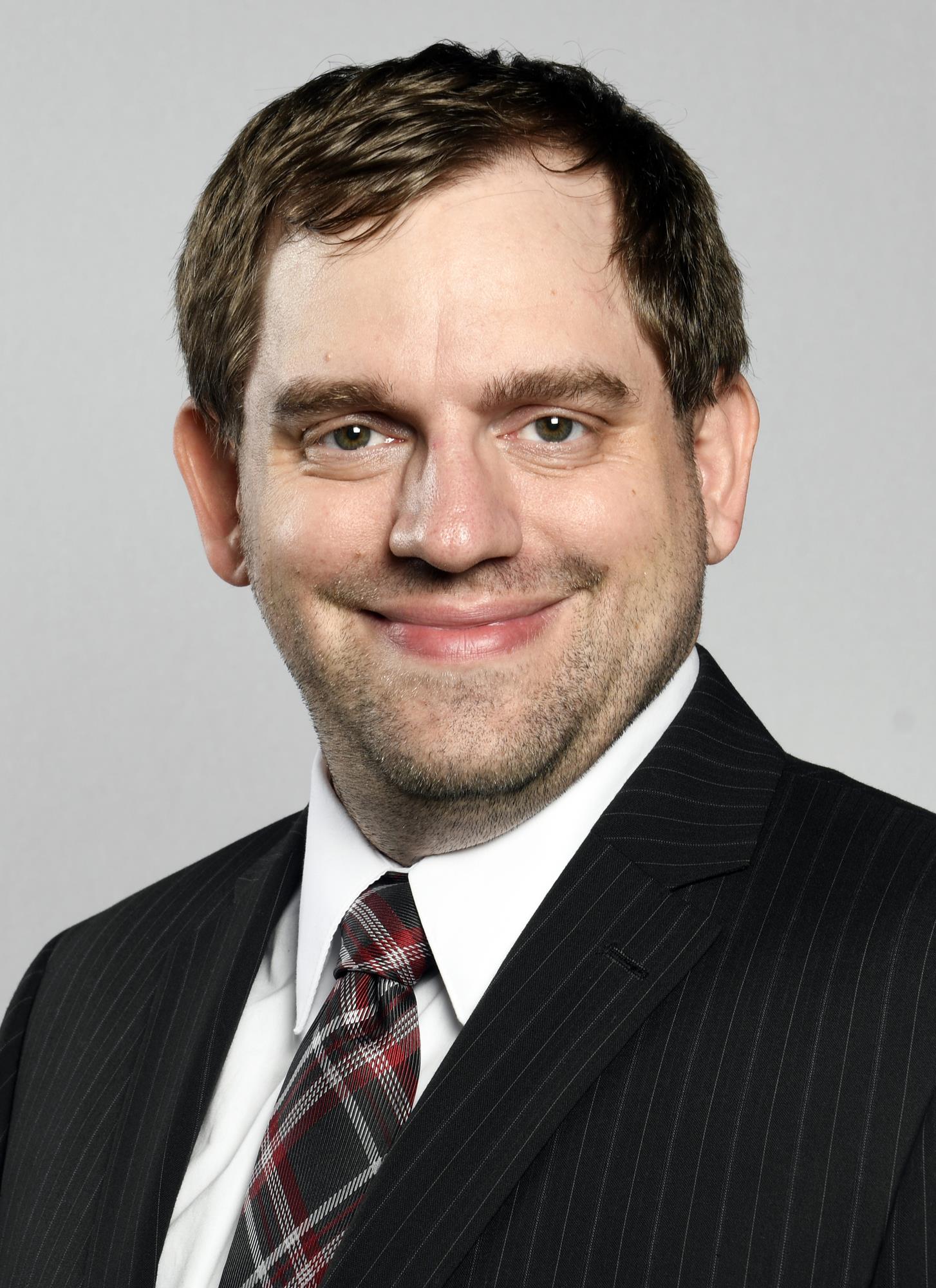 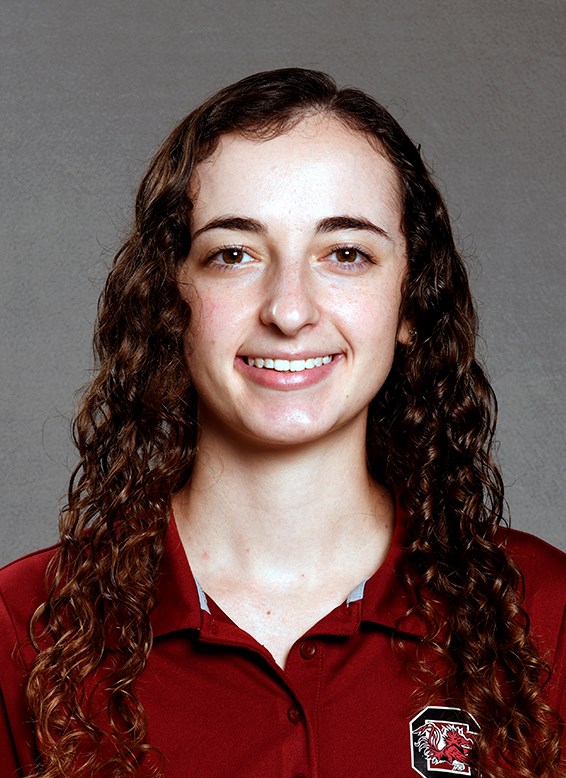 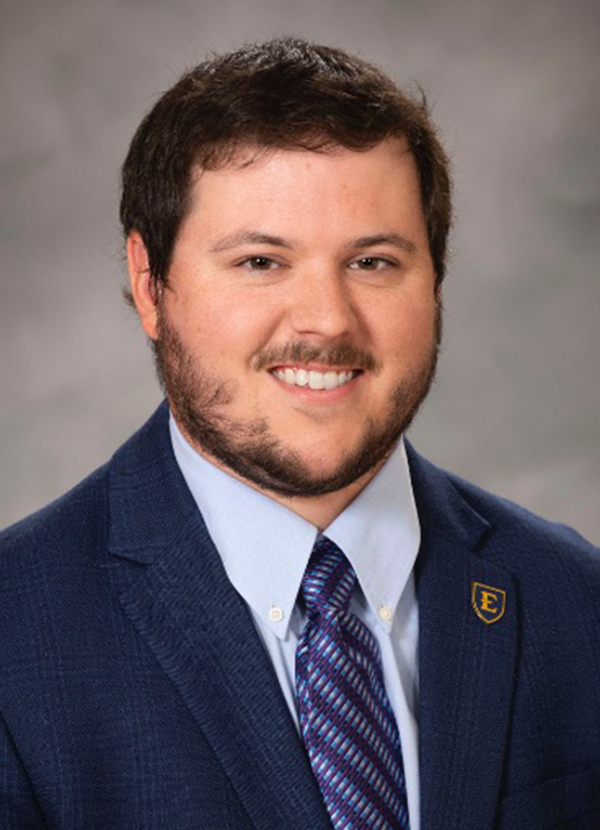 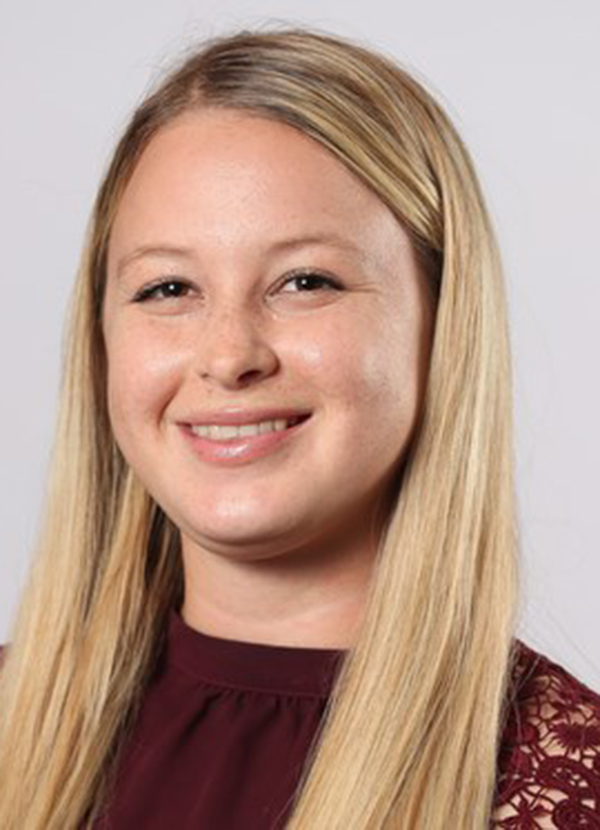 The University of South Carolina understands the importance of assisting the media in providing coverage of the institution, its athletics programs, administrators, coaches and student-athletes. Our goal is to disseminate information as widely, uniformly and fairly as possible using normally accepted media standards. To this end, the best attempt will be made to fill reasonable requests by recognized media outlets. Members of the media are encouraged to work with the South Carolina Athletics Communications and Public Relations staff to assist in that endeavor. It is not permissible for media members to contact any athletics department administrator, associate, coach or student-athlete directly without working through the communications department.

Working press credentials for the 2021 South Carolina home football games must be requested online through SportsSystems. Credential requests must come from the sports editors and the sports directors only.

It is not possible to accommodate all requests. No one under 18 years of age will be issued a credential without prior approval.

Any questions or concerns can be directed to Associate Director of Athletics Communications and Public Relations Kent Reichert at 803-777-5257 or by email. Requests for single game credential requests will begin to be accepted approximately August 1. No season credentials will be available. Requests for single games should be made no later then seven (7) days prior to game day and will be approved the week of the game. Once approved, ALL credentials must be picked up on game day at Media Will Call, located on the west side of the stadium by the press elevators. Media Will Call will open three (3) hours prior to kick-off. A photo ID must be presented to receive the press credential. Photographers must have appropriate equipment on hand to receive a sideline photo vest. (see Sideline Policy).

Note: Credentials will be considered only for those media members on specific assignment for a specific media outlet that meets the criteria below. Credentials are non-transferable and may be revoked at any time.

The granting and number of credentials for daily NEWSPAPERS will be based on the newspaper’s circulation on a space available basis.

Those newspapers publishing more than twice a week, but less than six, will have priority after those in the daily newspaper category.

WEBSITES that meet one of the following criteria will be issued a maximum of three (3) approved press box credentials, which includes the videographer, and one (1) field passes to be used for still photography.

Websites that are an extension of a non-digital local media outlet (newspaper, radio, television) will not be issued credentials independent of their originating organization.

Sport-specific websites with more than two full-time writers will be considered on a case-by-case basis.

No credentials will be issued to any website that is not deemed by the Athletics Communications department to have adequate editorial oversight. Credentials will not be approved to anyone who writes or posts under an alias.

Local RADIO stations will be granted one (1) approved press box credential for a full-time host of a daily sports show that is a minimum of 30 minutes in length. In addition, one (1) press box credential will be distributed per station for the sports director. Field passes will not be issued to radio stations. Non-daily local radio sports shows and out-of-market radio stations that have a daily sports show will be granted a maximum one (1) credential on a game-by-game space available basis to the show’s host or the station’s sports director only.

STUDENT MEDIA outlets for the home and visiting schools will be issued credentials in accordance with the policy for their format (newspaper, website, radio, television). To be considered student media, the outlet must be sanctioned as such by the university, have full-time university staff overseeing the training of staff or be governed by a university-appointed board, and receive some portion of its funding from student fees.

PHOTO WIRE SERVICES that distribute nationally and retain all rights for sale and usage of any image taken at the event will be issued one (1) field pass with an option for a second on a game-by-game, space-available basis. Any wire service that sells/shares its images for non-editorial uses must provide the University of South Carolina Athletics Communications and Public Relations department with a statement indicating how it ensures that non-editorial clients use its images within NCAA regulations.

Non-affiliated bloggers, podcast staff and freelance photographers will not be credentialed.

Media outlets that cover the visiting school will be considered using the credential criteria established and in consultation with that school’s media relations staff.

The University of South Carolina adheres to the NCAA and SEC guidelines regarding media representatives on the sidelines:

By acceptance and use of an SEC media credential, the holder agrees to the following conditions for any and all athletic events hosted by the SEC and its member institutions:

South Carolina’s press box (P-2 level) has seats for 144 members of the media, along with radio booths, coaches’ booths, scoreboard, replay, public address and stadium operations/security booths. Located just above the press level is the photo deck. All members of the media covering the game are invited to a meal, which is served beginning two hours prior to kickoff. The television booth is located on the P-1 level.

Wireless internet is available for use. Wired outlets for photographers and videographers are available in the back of the press box.

Media should utilize StatBroadcast for all the latest live statistical information during games. Visit gamecocks.statbroadcast.com for live scoring of all home football games. The password will be provided on game day. The Athletics Communications and Public Relations department supplies final team and individual statistics and coaches and players quotes.

The South Carolina press box is for the working media only. In accordance with the Football Writers Association of America, no cheering will be allowed.

Both South Carolina’s postgame press conference and the visiting team’s postgame press conference will take place via Zoom. Coach Beamer will be available approximately 10 minutes after the game. Selected student-athletes will also be available via Zoom following the cool-down period. No interviews, other than those conducted by the rightsholders, should be conducted on the field following the game.

Media parking is available in the Key Road parking lot, located southeast of Williams-Brice Stadium. Please contact Associate Director of Athletics Communications and Public Relations Kent Reichert at 803-777-5257 or by email for any parking needs. Parking passes will be distributed in advance via the method indicated on the credential application.

The visitor’s radio network must be designated by the opponent’s athletic director. The visiting radio booth is located at the far north end of the P-2 level. Any non-designated stations will be admitted on a space-available basis. The Gamecock Sports Network will be handled by Learfield/IMG College. Stations requesting information regarding the network should contact: Liz McMillan, Executive Director, Learfield/IMG College, (803) 777-8254.

It is not permissible for any non-rightsholder to broadcast over the air, stream over the internet (audio or video), or transmit in any other way, including social media apps, any live event without the consent of the University of South Carolina Athletics Department. Live events include varsity contests, press conferences (including but not limited to weekly scheduled and postgame press conferences) and any other group media availability. Exceptions may be made for any major news-breaking event and will be communicated prior to the event. No television live shots, with the exception of the rightsholder, may take place inside the stadium beginning 30 minutes prior to kickoff until the broadcast is concluded.

It is not permissible for any non-rightsholder to archive audio or video Event content that exceeds five (5) minutes in length. Events are defined as varsity contests, press conferences and any other group media availability. Archiving may not begin until the conclusion of the entire event. WNKT-FM is the only radio station that can carry press conferences live and/or archived in their entirety.

South Carolina coaches will be limited to one appearance from one member of a sport’s coaching staff per week on any radio station or any radio show that is aired as part of a state-wide, regional or national network in the Columbia market. The length of the interview should be no more than one segment, defined as “commercial-break to commercial-break.” In addition, the same member of a sport’s coaching staff or administrator cannot make appearances in consecutive weeks on the same radio station. Media outlets in which the institution or the SEC is contractually affiliated is exempt from this language. Exceptions can be made in the occurrence of a major “breaking news” event. Please work through the team’s communications and public relations contact to help coordinate any request.

No University of South Carolina Athletics staff member may appear live on a non-rightsholder radio show on the same day as any USC contractual programming, including live game action or coaches’ call-in shows, without prior consent of Athletics Communications.

South Carolina student-athletes may not participate in any live radio or television show other than during a regularly scheduled newscast and for no longer than four minutes, post-game interview times, conference media days and structured media opportunities during NCAA championships, without the consent of South Carolina Athletics Communications. This policy is in effect year-round and does not apply to institutional networks. It does apply to internet chat rooms that are sponsored by a media outlet for the sole purpose of conducting Q&A sessions with the viewing public concerning the student-athlete’s athletic career.

The SEC hosts a weekly press teleconference featuring the head coach from every team each Wednesday from Sept. 1 to Nov. 24. To participate, please contact the SEC Media Relations office at (205) 458-3010 for the telephone number and passcode.

Cell phone numbers for student-athletes will not be provided to the media. Should you need to conduct a telephone interview with a student-athlete, a call will be placed to you from the student-athlete at a mutually agreeable time.