Admission to the 2015 SEC Women’s Tennis Tournament is free and tickets are not required.

Fan parking is available in the Heyward Street Garage located at 1300 Heyward Street. Parking is free in that location and does have handicap parking available. There is additional overflow parking located along the surrounding streets. Parking is first-come, first-serve in both areas.

The Gamecocks’ new tennis stadium features 12 courts with lights and scoreboards on each one. Each side of six courts also has a master scoreboard so fans always know what is happening on each court. Video cameras are mounted behind each court as well to record matches so the coaching staff can review film with the student-athletes. Seating is available for 670 fans with room to spare for standing room. The stadium has 400 square feet of court-side storage and 900 square feet of dedicated restroom facilities. 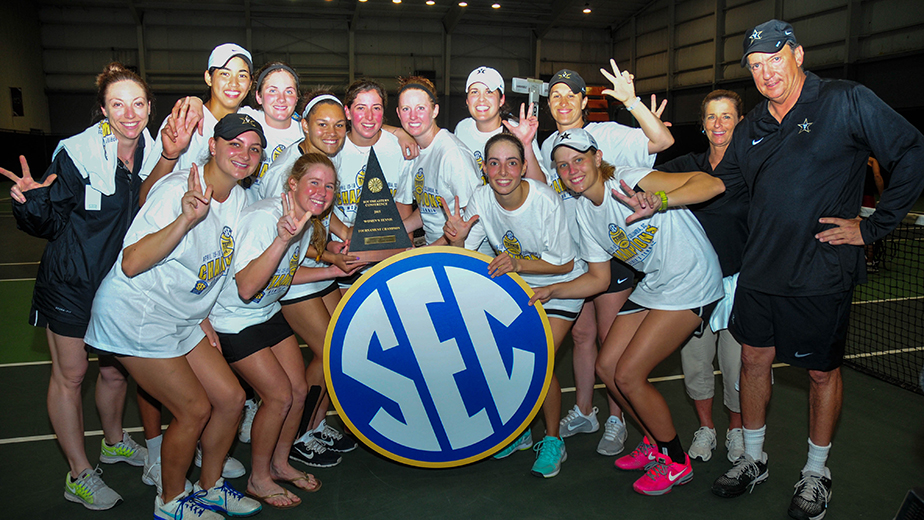 The Vanderbilt Commodores won the 2015 SEC Women’s Tennis Tournament in Columbia, S.C., marking their first title in school history. Vanderbilt became the first school other than Florida or Georgia to win the SEC Tournament since the current format was adopted for the 2000 season. Vandy defeated Georgia 4-3 in the championship match with Marie Casares coming back to defeat Caroline Brinson 3-6, 6-3, 6-4 at No. 5 singles after the team score was tied at 3-all.