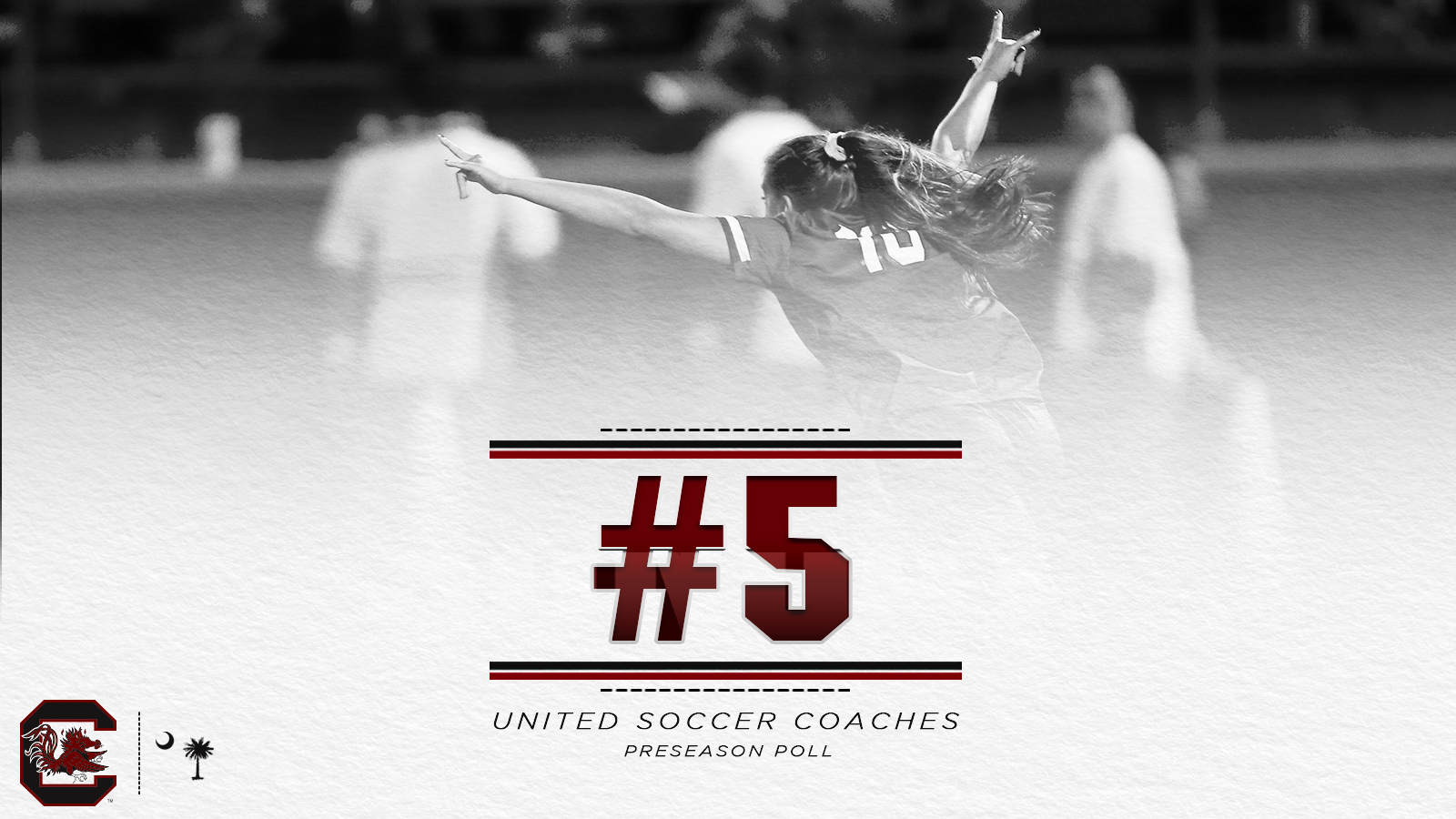 COLUMBIA, S.C. –The United Soccer Coaches today released the 2018 preseason poll, with the South Carolina Gamecocks coming in at No. 5.

The Gamecocks come in as the highest ranked SEC school, ahead of Florida who is coming in at No. 7. The SEC has four teams inside the preseason top-25, with seven at least receiving votes in the poll.

Of the 19 games on the schedule (18 regular season, one exhibition) the Gamecocks will face nine opponents that are at least receiving votes in the 2018 United Soccer Coaches preseason poll.

The 2018 Gamecocks will again a team dominated by underclassmen. After a 2017 campaign that had 13 freshmen on the roster, the 2018 campaign equals that amount for a total of 26 underclassmen.

The Gamecocks this season will aim to replace players such as Savannah McCaskill, who was the No. 2 overall pick in the NWSL draft, Lindsey Lane, an All-Southeast Region First Team and All-SEC Second team member. Anna Conklin, who was captain and helped the defense to a program record 16 clean sheets. South Carolina have to replace Lauren Jankowski, Alexis Pendergraft, Dominique Babbitt and Meaghan Carrigan.

To begin the season, the Gamecocks host the University of South Florida, a team who is receiving votes in the United Soccer Coaches poll, in an exhibition matchup. Follow the Gamecocks on Facebook, Twitter and Instagram for details on the match and the entire 2018 season.