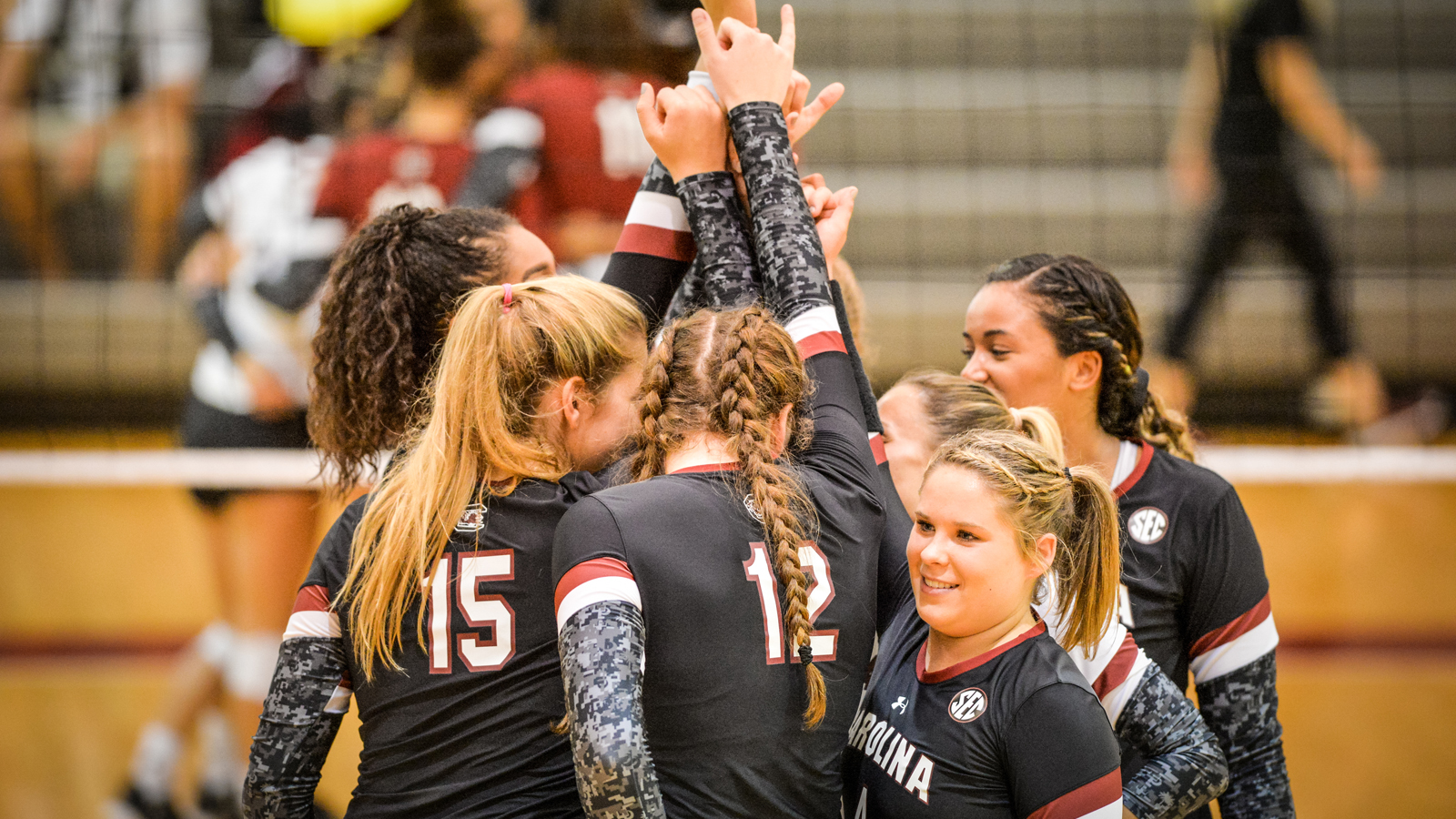 Volleyball Wraps Up Preseason with Garnet and Black Scrimmage

SET 1: The Garnet side jumped ahead in the match with a 25-22 win in the opening game, riding the arm of junior Claire Edwards to get the 1-0 lead. Edwards hit .750 with six kills in the set, and the Garnet defense added four blocks to put them ahead early.

SET 2: The Black team would provide the firepower in set two, as it hit .625 with just one attack error as a group and won a convincing 25-14 decision. Furlong went for six kills in the game, and was followed close behind by classmate Jesse Turner’s four kills on six attempts. For as good as the Black side would be offensively, its defense was just as locked in. Emma Lock and Courtney Weber each popped up four digs in the frame, and held Team Garnet to just a .207 success rate on its attacks.

SET 3: The final game would be the closest of the three, with nine ties and three lead changes before the Garnet squad pulled out the 27-25 win. Furlong again was a force, putting away nine kills on 18 attempts to account for more than half the team’s kill total in the third. Garnet would match them kill-for-kill, though, as Brittany McLean went for six kills, and Shields put down another four of her own to help their side hit .361 for the set. Black had a shot to win late, leading 24-23 after Furlong’s 18thkill, but back-to-back kills from McLean and Jess Vastine would clinch the victory.

The Gamecocks begin the 2018 season at home next weekend, hosting the Gamecock Invitational. The weekend tournament begins Friday with matches at 12:30 p.m. against Texas A&M-Corpus Christi and 7:30 p.m. against ETSU. Saturday wraps up the opener with a 3 p.m. showdown with rival Clemson.