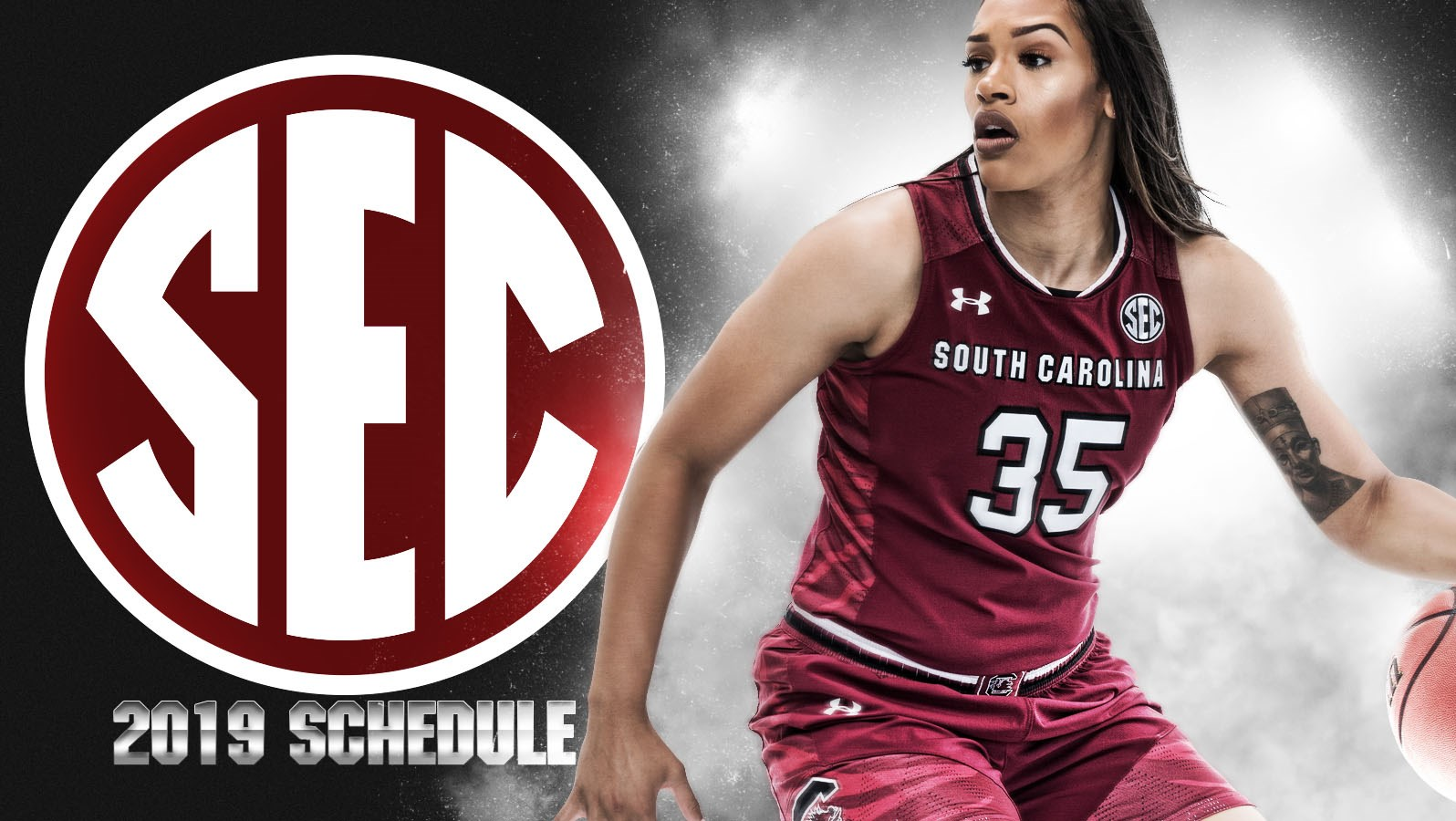 COLUMBIA, S.C. – In the 2018-19 season, South Carolina women’s basketball will host three of the SEC’s six NCAA Tournament qualifiers from last season per the conference schedule released by the league office today. The reigning four-time SEC Tournament champion Gamecocks will prep for their defense of that title with home-and-home series with Florida, Kentucky and Mississippi State, while Alabama, Georgia, Missouri, Ole Miss and Vanderbilt will also visit Colonial Life Arena during conference play.

South Carolina will start SEC play on the road for the first time since 2014 as the Gamecocks travel to Texas A&M, an NCAA Sweet 16 team from last season, for the league-opener on Thu., Jan. 3. Gamecock fans will get their first look at league play in Colonial Life Arena on Sun., Jan. 6, against WNIT quarterfinalist Alabama with Florida coming to Columbia on Thu., Jan. 10.

The road schedule will continue to be challenging early as South Carolina heads to NCAA Tournament qualifier LSU on Sun., Jan. 13, and on to Starkville, Miss., for the first of the season’s two games again NCAA finalist Mississippi State on Thu., Jan. 17. Another NCAA Tournament team comes to Colonial Life Arena in the form of Missouri on Mon., Jan. 21, and the Gamecocks host Vanderbilt the following Monday night (Jan. 28). Following trips to Kentucky (Thu., Jan. 31) and Arkansas (Sun., Feb. 3), South Carolina will be back in Columbia to face Ole Miss (Thu., Feb. 7).

For the second-straight season, South Carolina travels to Tennessee late in the season, taking on the Lady Vols on Sun., Feb. 24, in Knoxville. A trip to Auburn for a Thu., Feb. 28, tilt sets up the regular-season finale against Mississippi State on Sun., Mar. 3, in Colonial Life Arena. The Gamecocks will honor their seniors Doniyah Cliney, Bianca Cuevas-Moore, Alexis Jennings and Nelly Perry prior to that game.

The 2019 SEC Tournament returns to Greenville, S.C., and the Bon Secours Wellness Arena for the second time in three years. The event includes all 14 teams and begins on Wed., March 6, with the championship game set for Sun., March 10.

The SEC women’s basketball television schedule and times for the games will be announced at a later date, as will the Gamecocks’ non-conference schedule.

Fans interested in buying South Carolina women’s basketball 2018-19 season tickets can place a deposit by visiting ItsGreatToBeAGamecock.com/wbb18 or by calling the Gamecock Ticket Office at 1-800-4SC-FANS.