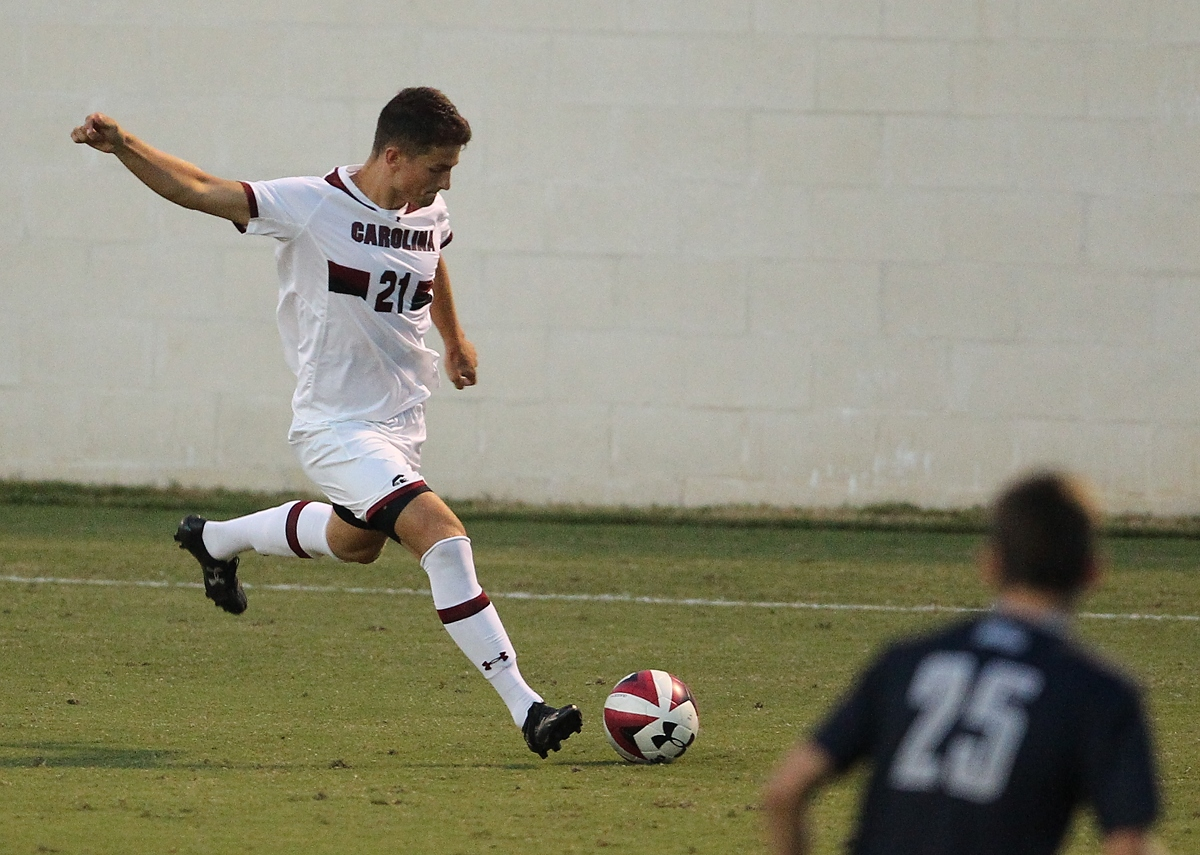 COLUMBIA, S.C. — South Carolina (0-1-0) remains at home as it welcomes in Lipscomb (1-0-0) to Stone Stadium on Monday night at 7 p.m. ET. Gates open 1 hour prior to kickoff. The Gamecocks are running a special promotion for “National Just Because Day,” and all fans will receive $1 admission to the non-conference matchup against the Bisons.

Burgers from the concessions stand will be half-priced from the time the gates open until kickoff. The first 100 fans at tomorrow’s game will also receive a souvenir cup that can be used for $1 refills at all weekday games (both men’s and women) during the 2018 season at The Graveyard.

After going 1-0-1 in its two exhibition matches to start the year, Carolina dropped a tough 1-0 decision to No. 13 Georgetown in its home opener on Aug. 24. Freshman Eli Bebout, sophomore Frano Buhovac, freshman Josh Corning and sophomore Kyle Gurerri started for the Gamecocks in their debuts in Garnet and Black. Carolina managed to outshoot the Hoyas, 14-13, but only had two shots on goal. Senior Ian McGrane earned his first career start between the posts and tallied a career-high seven saves.

Head coach Mark Berson is in his 41st season leading the Gamecocks, He’s been the only coach for the program since its first season in 1978. Berson is the active wins leader in NCAA Division I Men’s Soccer with 500 career victories. He is one of just four coaches all-time to hit the 500-win plateau.

Monday’s bout with Lipscomb is the second of three consecutive home matches against 2017 NCAA Tournament teams to start the 2018 season.

SCOUTING LIPSCOMB
Lipscomb is coming off one of their best seasons in school history in 2017 after winning the ASUN and playing in the NCAA Tournament for the first time. The Bisons are led by head coach Charles Morrow, who is entering his 13th season leading the program. Lipscomb was picked by the league’s coaches to repeat as conference champions in 2018. Senior Logan Paynter was voted Preseason ASUN Player of the Year. He led the team with 23 points (9G, 5A) last season, scoring four game-winners. The three-time all-conference selection is the ASUN’s active career co-leader in goals (26) and points (60). Senior Chris Zappia  remains the team’s starting keeper after leading the ASUN in wins (11) and saves (81) in 2017.He had three shutouts and posted a 1.60 goals against average. The Bisons opened the season with a 2-0 win at home against Belmont last Friday (Aug. 24).

SEASON TICKETS
Joint season tickets with South Carolina women’s soccer are still on sale and can be purchased online by clicking here. Carolina finished third in the country in national attendance average in 2017 (2,900 fans per game) and has ranked in the top-10 for attendance in four consecutive seasons.

​​​​​UP NEXT
The Gamecocks welcome No. 11 Clemson to Stone Stadium on Friday night (Aug. 31). Kickoff for the annual Palmetto Series matchup with the two in-state rivals is set for 7 p.m. ET. The last time the Tigers came to town, the Gamecocks broke the all-time single-game Stone Stadium attendance record when 6,892 fans attended the match.