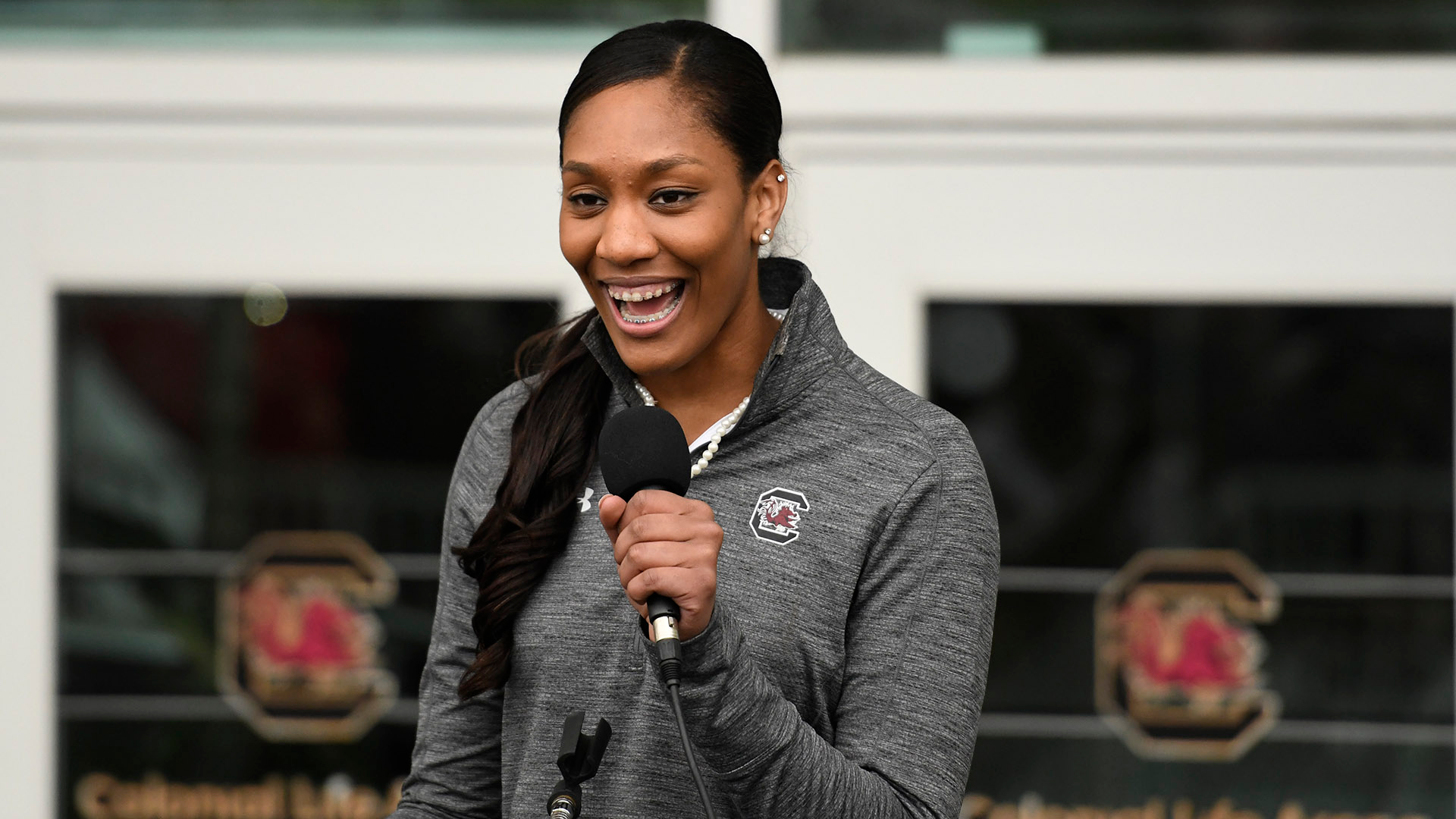 South Carolina women’s basketball standout A’ja Wilson will be back on campus this weekend as the Gamecocks are set to honor her at Saturday’s football game against Coastal Carolina. The Hopkins, S.C., native and 2018 National Player of the Year will sign autographs pre-game and be presented two national awards she earned after her graduation in May.

Prior to the game, Wilson will sign autographs in Gamecock Village 10-11 a.m., and she will get the Williams-Brice Stadium crowd ready for kickoff as the celebrity starter. She will also be featured in the second quarter as South Carolina head coach Dawn Staley and Director of Athletics Ray Tanner join a Honda representative in presenting her 2018 Collegiate Women Sports Award for Basketball and her Honda Cup Top Three Finalist trophy.

Wilson is a four-time First-Team All-SEC selection who went on to become the league’s first three-time SEC Player of the Year. South Carolina’s first four-time All-American, the unanimous 2018 National Player of the Year finished her college career as the program’s all-time leading scorer and one of just two Gamecocks to amass 2,000 points and 1,000 rebounds during her tenure. In July, she was named the 2017-18 Roy F. Kramer SEC Female Athlete of the Year as the league’s top representative across all sports. The No. 1 overall draft pick in the WNBA by the Las Vegas Aces, she capped her first professional season as the Associated Press and ESPN’s WNBA Rookie of the Year, also earning an All-Star selection.

Wilson and two other former Gamecocks – Allisha Gray and Tiffany Mitchell – are back on Columbia to participate in USA Basketball Women’s National Team training camp next week. As members of the national team pool, all three are eligible for selection to the team, coached by Staley, that will represent the United States in the 2018 FIBA World Cup later this month. South Carolina is hosting the USA Basketball Red-White Intrasquad Exhibition at Colonial Life Arena on Wed., Sept. 5. Tipoff is at 7 p.m., and tickets are available at: https://www1.ticketmaster.com/usa-basketball-columbia-south-carolina-09-05-2018/event/2D0054F2C06351BE?artistid=873991&tm_link=tm_homeA_header_search.