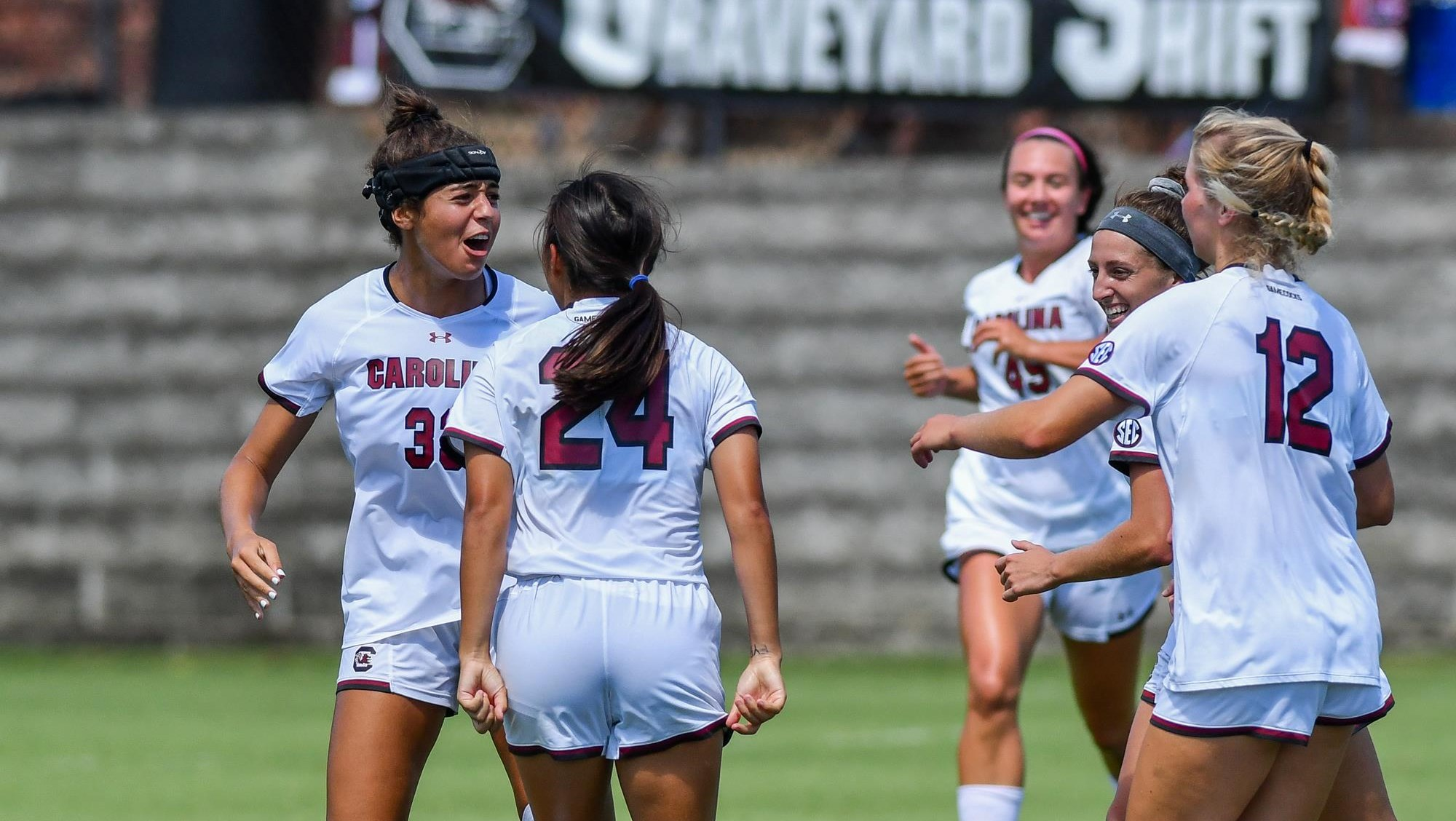 Columbia, S.C. – The South Carolina women’s soccer team pushed its home record to 4-0 this season with a 2-1 win over the Purdue Boilermakers on Sunday afternoon at Stone Stadium. Freshman Jyllissa Harris and sophomore Elexa Bahr each netted their first goals of the 2018 season in the win.

“It was a great win against a great team,” head coach Shelley Smith said after the game. “It was a pretty hot day today, but we played through it and had lots of chances. I’m proud of the performance and overall play today.”

Bahr scored the eventual game-winning goal in the 81st minute by heading the ball off a corner kick served by Harris. The corner kick from Harris was the first corner she has taken this season.

Harris scored just 14 minutes prior to Bahr’s game winner. Harris played hard to a ball at the top of the box and flicked it over the Purdue keeper to the right side of the net for her first career goal, and the 1-0 lead.

On top of the pair of goals, the Gamecocks created a season-high 17 opportunities, with eight of them on goal. Captain Grace Fisk returned to action after her stint with England’s U20 team at the FIFA U20 Women’s World Cup, and put two shots on frame in 72 minutes of action.

“Grace brings a lot of composure to the team,” Smith said. “She’s a captain for a reason. She is not just a tremendous player, but she organizes and keeps everyone calm. I also was really impressed with all the time Tatumn Milazzo has played in place of Grace this season. She has been so important for us this season. She slid right back outside with Grace back; we’re just really proud of her play.”

Thus far in 2018, all seven goals have come from underclassmen. Six different Gamecocks have scored those seven goals, with Lauren Chang the only player with multiple goals this season.