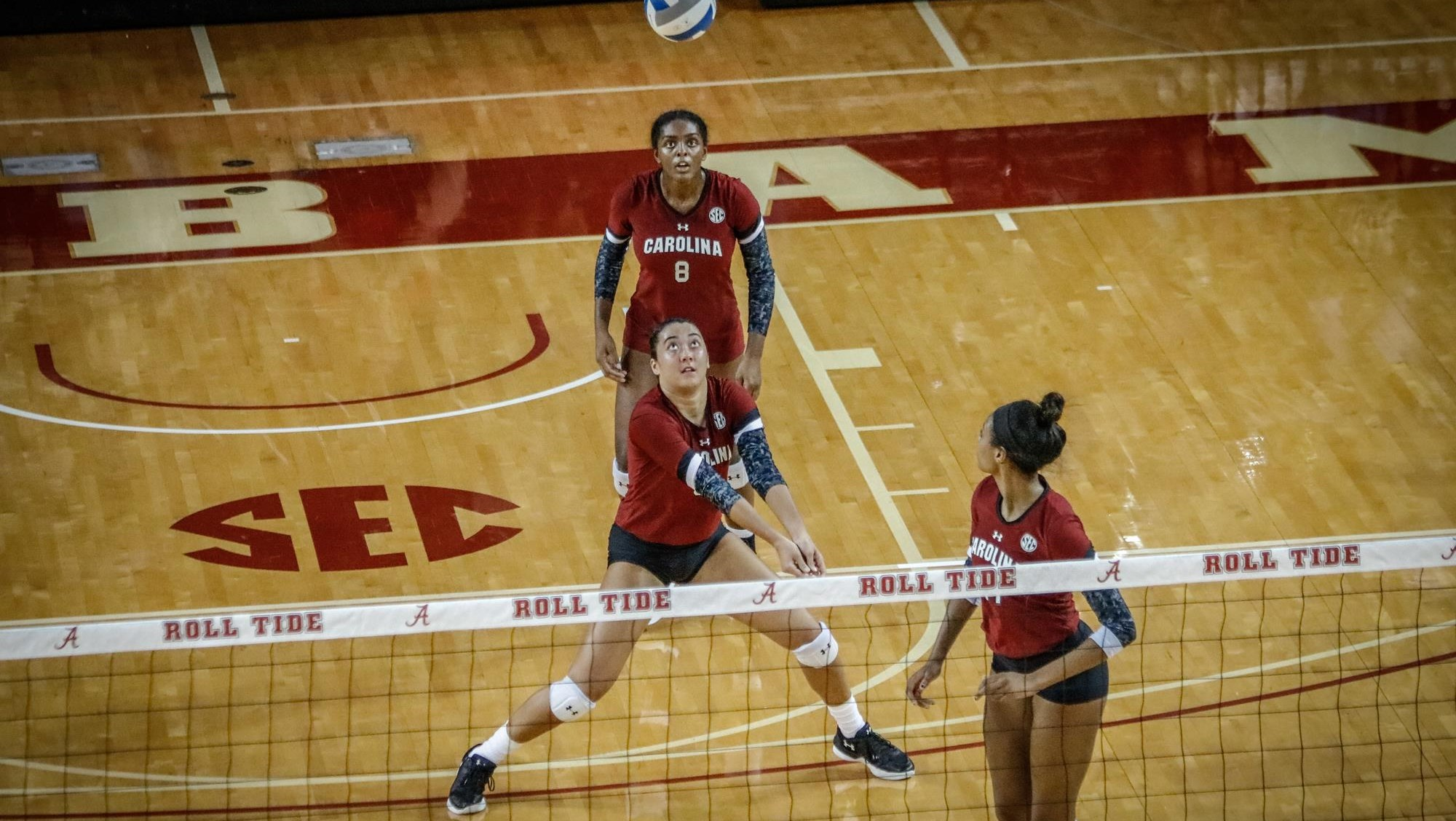 Gamecocks Run Win Streak to Eight With Sweep at Alabama

TUSCALOOSA, Ala. – South Carolina’s volleyball team won its eighth-straight match Friday night, sweeping Alabama (13-3, 1-2 SEC) on its home court to move to 3-0 in SEC play and 12-1 overall. It’s the team’s first 3-0 start to conference play since 2002. Jess Vastine had a double-double with 10 kills and 12 digs, and Brittany McLean led all hitters with 14 kills in the win.

SET 1: The opening game would be tight from start to finish, with neither side able to make a substantial run. The Gamecocks were able to side out at an 80 percent rate in the game and edge Alabama 26-24. The South Carolina offense had 18 kills among its 26 total points, with Mikayla Robinson leading the way with five and Brittany McLean and Mikayla Shields close behind with four. Defensively, Jess Vastine and Aubrey Ezell helped the Gamecocks side out efficiently thanks to 12 combined digs between the two. Alabama held an 18-15 lead late, but a 3-0 run tied the set up and neither side would lead by more than one point until the final margin of 26-24.

SET 2: The second set extended even longer than the first, with 10 ties and three lead changes before the Gamecocks found themselves on the right end of a 28-26 victory and a 2-0 lead. South Carolina held a 14-9 lead out of an Alabama timeout, but the Tide rolled to a 10-5 stretch that tied the set up. Kills from McLean and Robinson put the team back ahead, but Alabama denied set point four times before Claire Edwards and McLean put down back-to-back kills for the big win.

SET 3: Through the first two sets, the Gamecocks could muster only one block at the net, but made up for it in a big way to set the tone early in set three. Four of the team’s first nine points came on blocks, and Carolina built a 9-0 lead that Alabama would not be able to recover from. The Tide would make a pair of runs to as little as two points, 21-19, late in the set, but the Gamecocks capped the sweep with four kills in a row to get the 25-19 win. All told, the team had six blocks in the set, with five coming from Robinson (two solo, three assists). Alabama could only muster a match-low seven kills and hit -.051 in the set.

QUOTABLE: TOM MENDOZA
I’m really proud of the way the team battled each set on the road against a strong Alabama team. There were times each set that Alabama was taking the momentum and our players stayed composed and responded as a team, which is great to see.  We need to be cleaner offensively, but our attackers showed great resilience especially late in the sets. The SEC is so strong right now, so we’re excited for the road win and we’ll turn our focus to another very strong team in Georgia.

UP NEXT: Wrapping up week two of SEC play will be a Sunday match against Georgia. It will be a 2 p.m. ET first serve in Athens, with the Bulldogs coming off a 3-0 win at Ole Miss Friday night to move to 11-3 overall and 2-1 in conference play.