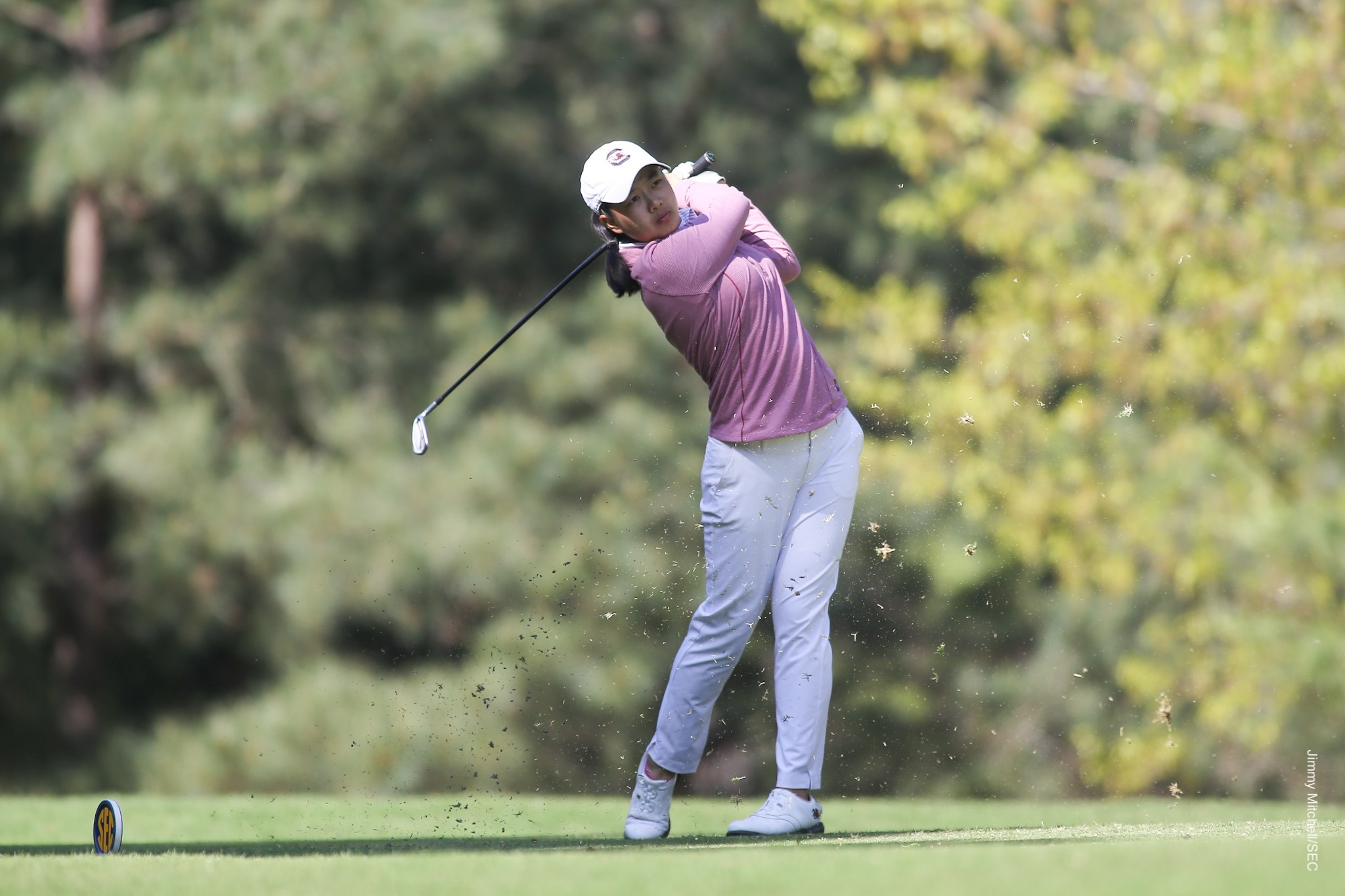 Columbia, S.C. – No. 17 South Carolina women’s golf played the opening two rounds of the 2018 Windy City Collegiate Classic, finishing 23-over-par (599) to complete the opening day in a tie for eighth place in the 14-team tournament.

A pair of Gamecocks tied for the team’s low score of the day as junior Lois Kaye Go and senior Marion Veysseyre sit in a tie for 21st place with matching scores of 147 (+3).

Go birdied the 503-yard, par-5 15thin her first round,one of her five birdies on her first trip around the course, and postedrounds of 71 (-1) and 76 (+4). With a birdie on No. 11 in the second round, she led the Gamecocks with six birdies on the day. Her birdies in the opening round were the most of any Gamecock in a round this season.

The rest of the Gamecocks struggled to find any rhythm in Illinois. Ana Pelaez (+8) carded four birdies in her opening round, but three straight bogeys on the front nine of the round derailed her efforts on day one. Freshman Skylar Thompson (+12) matched Pelaez with four birdies in her opening round, but four double bogeys offset the most birdies she has registered so far in her young Gamecock career.

Senior Anita Uwadia took a 77 (+5) into the clubhouse in her first round at the Westmoreland Country Club and ended her day at 153 (+9).

South Carolina will conclude the Windy City Collegiate Classic tomorrow morning in the third and final round.