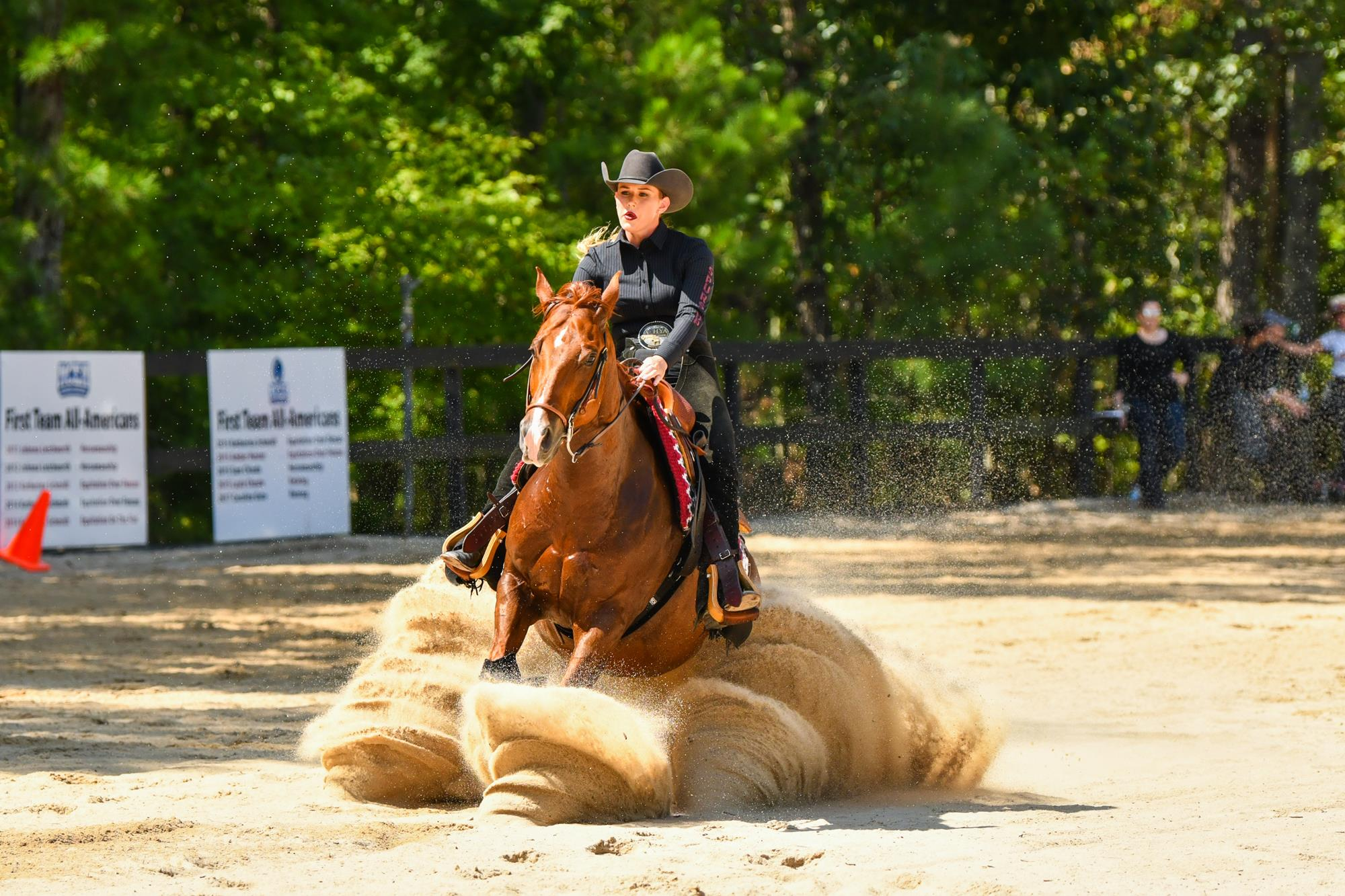 The Dublin, Ohio, native is the second Gamecock to receive this award, following Kate Eagleton’s nomination last season. Thiel currently holds a 3.72 GPA as a broadcast journalism major with a minor in psychology. Excelling in academics, she was named to the NCEA All-Academic First Team, NCEA Academic Honor Roll and the SEC Winter Academic Honor Roll during her junior year.

“Maddie (Thiel) is so deserving of this recognition,” associate head coach Ruth Sorrel said. “She works so hard in and out of the arena with her academics and volunteering. We can’t wait to see all that Maddie will do this season.”

Outside of school, Thiel volunteers in the community with various organizations such as Curing Kids Cancer, Transitions, Harvest Hope Food Bank, Dance Marathon and Adopt a Family for the Holidays. She can also be seen helping animals by grooming horses for the Thoroughbred Retirement Center at Wateree Correctional Center and fostering dogs.

Thiel serves as a main contributor to Carolina on meet day with 16 wins in horsemanship so far in her collegiate career. Originally a reiner, Thiel competed in the event her first two years as a Gamecock, earning eight wins. This season, the western captain serves as a starter for both horsemanship and reining. Overall, Thiel has one reining MOP and five MOPs in horsemanship.

The senior looks to continue her success in the arena as the Gamecocks host No. 2-ranked Georgia on Friday at 11 a.m., at One Wood Farm in Blythewood.