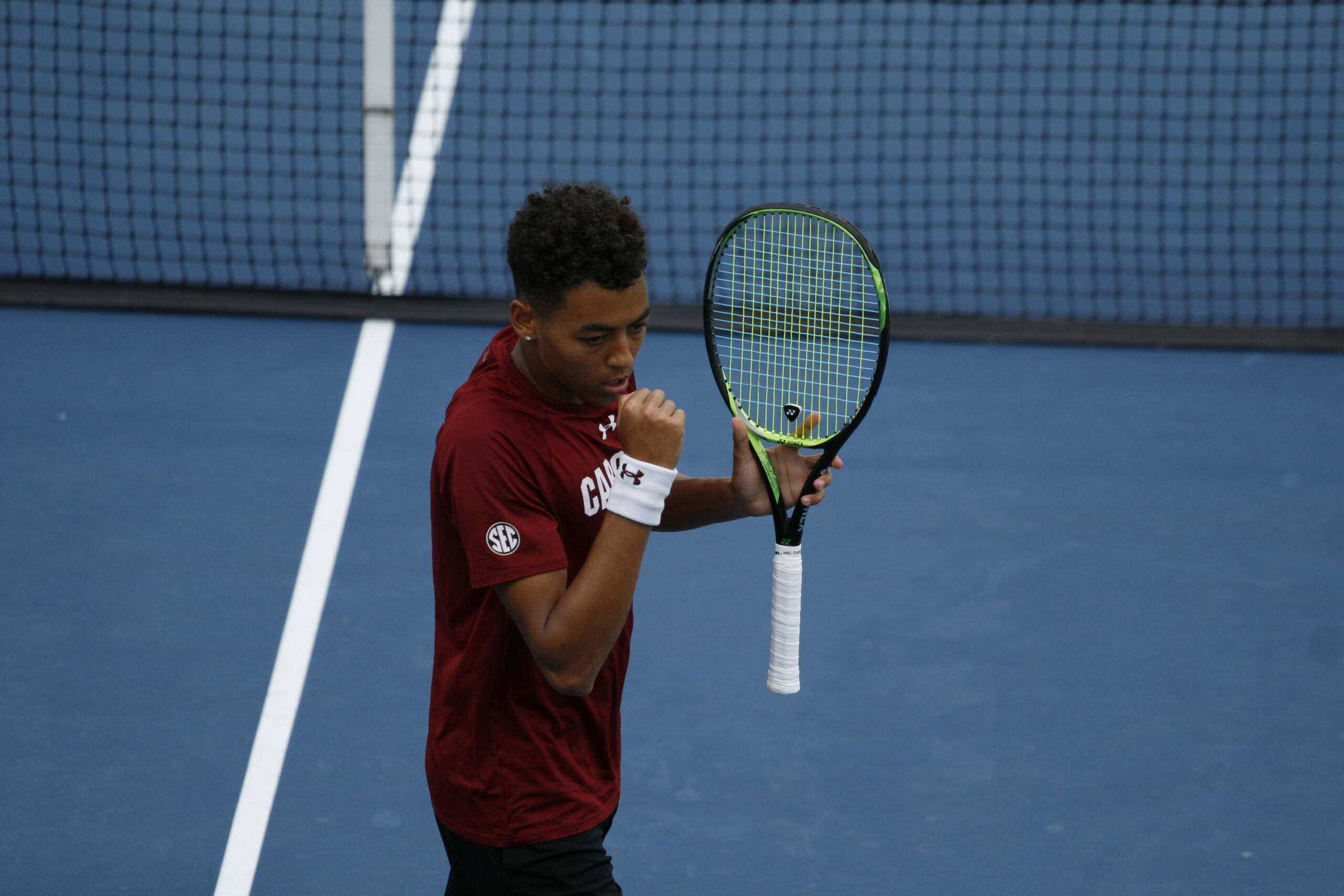 No. 27 Paul Jubb defeated No. 7 Cameron Klinger of Vanderbilt in three sets to secure a second-round berth in the ITA All-American Championships

Playing his first collegiate singles match of the season, Jubb got off to a fast start with an early service break to go up 3-1.  He broke Klinger’s serve again to go up 5-3 and held to finish off the first set 6-3.

Jubb raced out to a 3-0 advantage in the third set before winning a deuce point to break Klinger once again for a 4-0 lead.  The Hull, England, native went on to hold serve and finished off the first-round win with a dominant 6-0 final set.

The victory for Jubb, which was the highest ranked win of his collegiate career, was also the highest ranked singles win for a Gamecock since Andrew Adams defeated No. 3 Julian Lenz of Baylor in 2014 en route to a Sweet 16 berth in the NCAA Singles Championship.

With the win, Jubb advances to Friday’s main draw second round where he will face Charlie Broom of Dartmouth.

In addition to vying for the All-American national title, players will be competing to secure a berth into the 2018 Oracle ITA National Fall Championships, which takes place November 7-11, in Surprise, Ariz. Singles quarterfinalists, consolation singles champion and finalist, along with doubles semifinalists and consolation doubles champion and finalist advance to the end of fall national championship.