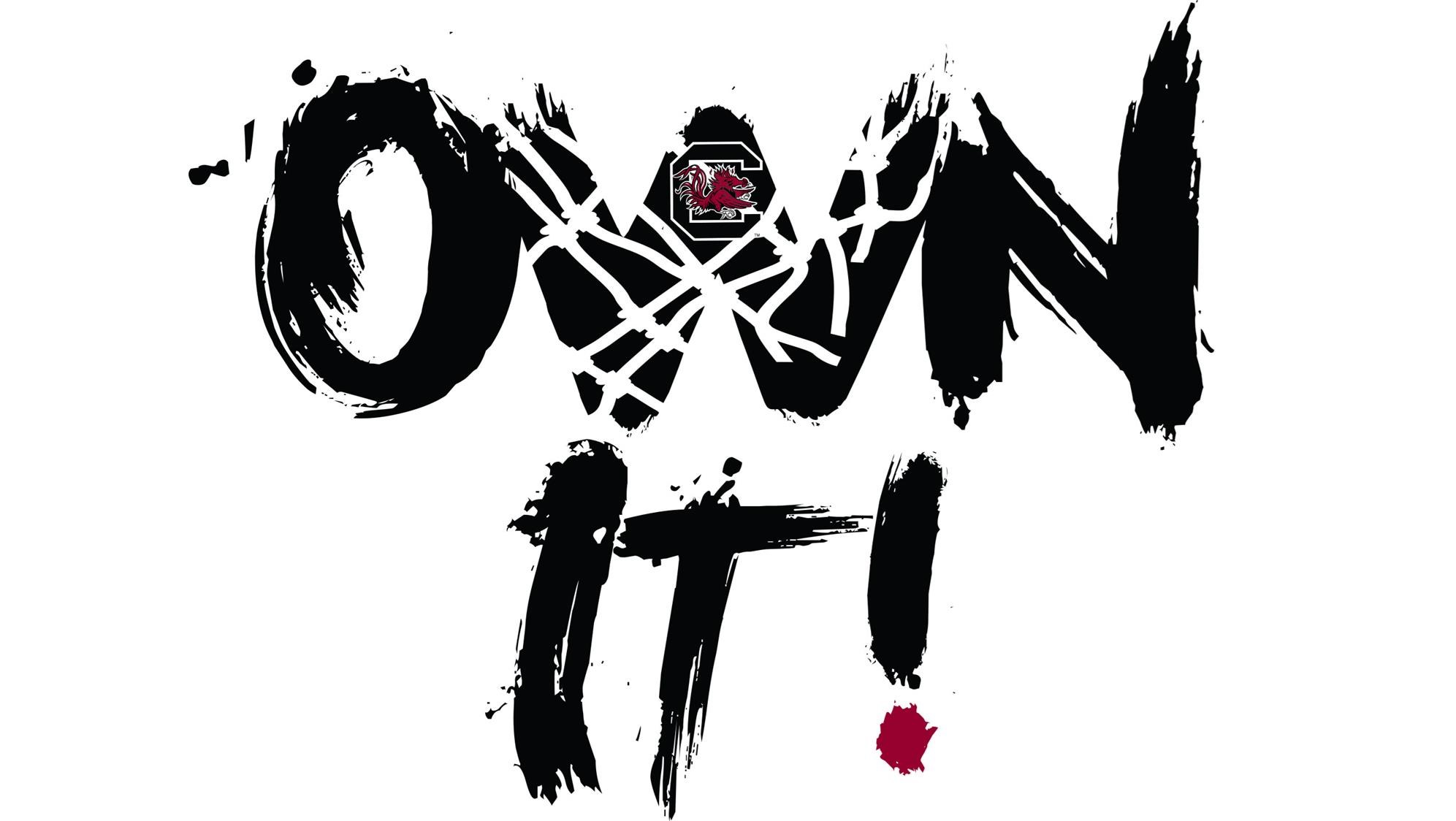 COLUMBIA, S.C. – South Carolina women’s basketball head coach Dawn Staley announced “Own It” as the Gamecocks’ 2018-19 season theme today. As in previous seasons, Staley develops the annual theme to highlight the connection between her team and its fans, which has been a hallmark of her program since arriving in Columbia.

Guided by her personal motto – The disciplined person can achieve anything. – Staley has always held accountability as a central tenet to her basketball program. This season’s theme of “Own It” is one that embraces the importance of personal responsibility both in celebrating the team’s achievements and in reflecting on how personal decisions affect the team. Once more, the theme extends from the team to its fans, which have led the nation in attendance for the last four seasons and who Staley values as an integral part of the welcoming and supportive culture of South Carolina women’s basketball.

Among the 13 Gamecocks on the 2018-19 roster are five who were part of the 2017 National Championship team and nine who helped the Gamecocks to at least one of the four consecutive SEC Tournament titles. Fifth-year senior guards Bianca Cuevas-Moore and Doniyah Cliney anchor the experience on an otherwise young roster that includes three freshmen and three sophomores. Along with Cliney, three other starters from last seson’s NCAA Elite Eight squad return in senior forward Alexis Jennings, junior guard Tyasha Harris and sophomore guard Bianca Jackson. Junior forward Mikiah Herbert Harrigan adds experience to a versatile Gamecock frontline, which also includes sophomores LeLe Grissett and LaDazhia Williams along with freshmen Victaria Saxton and Elysa Wesolek. Three more guards will make their official debuts for South Carolina this season, highlighted by the return of junior transfer Te’a Cooper to the court. Graduate transfer Nelly Perry has a wealth of experience but will don Garnet and Black for the first time along with freshman Destanni Henderson, the No. 9 recruit in the Class of 2018.

South Carolina men’s and women’s basketball will host Gamecock Tipoff on Fri., Oct. 5, at Colonial Life Arena. Admission and parking are free. Doors open at 5:30 p.m. for an autograph session and on-court activities.