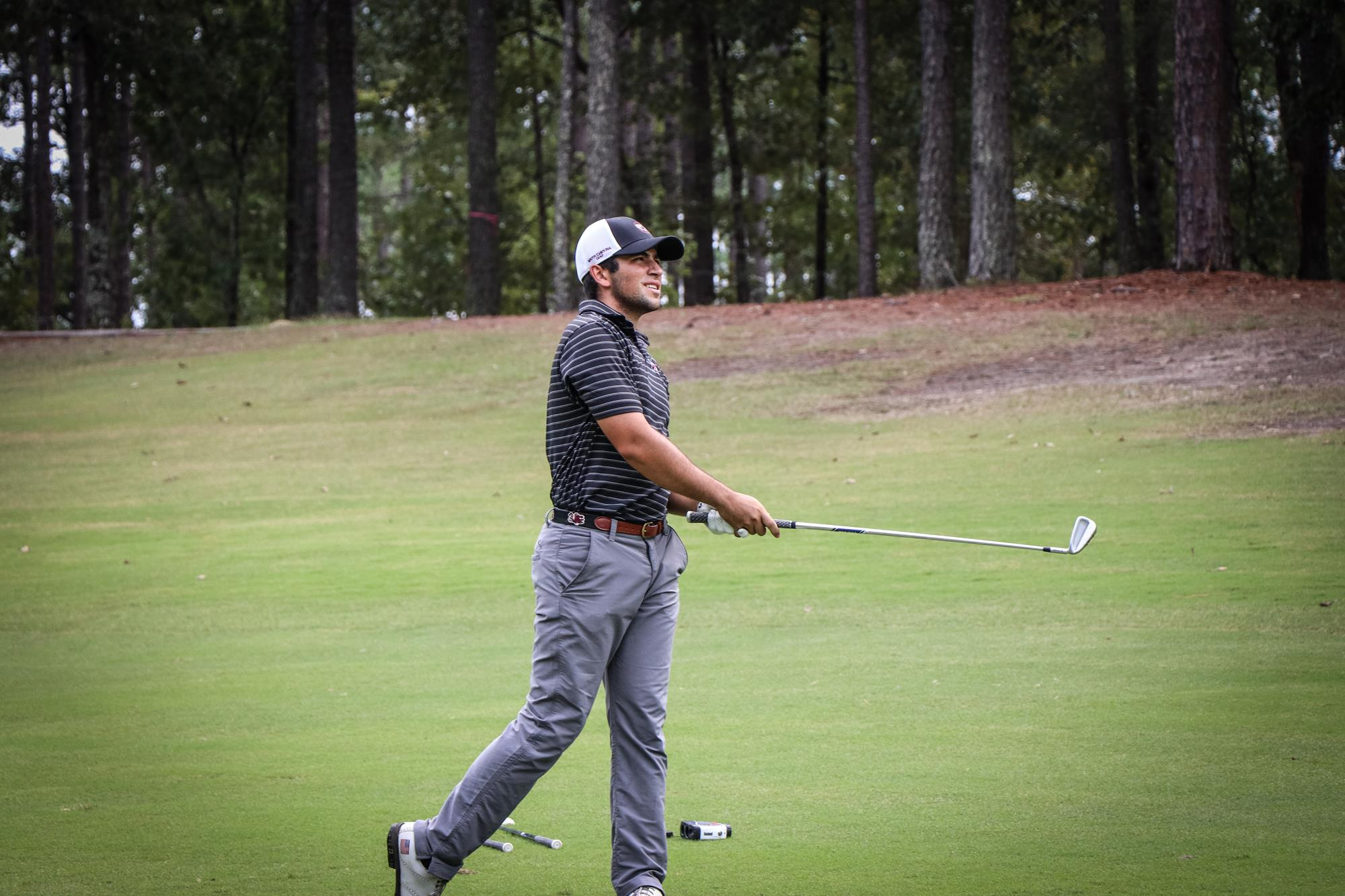 COLUMBIA, S.C. – No. 22 South Carolina is set to compete in the inaugural Jack Nicklaus Invitational in Dublin, Ohio on Monday and Tuesday at Muirfield Village Golf Club. The Gamecocks were one of eight schools selected to compete in the prestigious match play event.

“It’s a really unique event this week,” said head coach Bill McDonald. “Having the chance to play three rounds of match play against a great field at Muirfield Village, Jack Nicklaus’ masterpiece, it’s going to be a great week for us. We’ve had some unbelievable qualifying and the guys are working really hard.”

Carolina tees off on hole 10 against No. 20 Stanford in the opening round tomorrow at 8:30 a.m. ET. Live scoring for each match will be available via Golfstat.

Every program in the field is guaranteed three matches. Each team has six competitors.

The Gamecocks will be led by a trio of seniors in Will Miles, Ryan Stachler and Scott Stevens. Freshmen Ryan Hall and Harry Corbin, as well as sophomore Andrew Spiegler, are also in the lineup for Carolina this week. It marks the season debuts for Spiegler and Stachler.

ABOUT THE COURSE
Muirfield Village Golf Club was the dream and work of legendary golf figure Jack Nicklaus, in association with Desmond Muirhead. The land was acquired in 1966, but construction did not begin until July 28, 1972. The golf course is situated on 220 acres, which includes an 11-acre driving range. The course was officially dedicated on Memorial Day, May 27, 1974, with an exhibition match between Nicklaus and Tom Weiskopf.

Muirfield Village plays host to the PGA TOUR’s Memorial Tournament every year. It’s also hosted some of the most prestigious events golf with the Ryder Cup (1987), President’s Cup (2013), Solheim Cup (1998) and the U.S. Junior Amateur (1986).

TOURNAMENT FIELD
Three more ranked teams in the latest Bushnell Golfweek Coaches Poll join the Gamecocks and Cardinal competing at Muirfield Village this week in No. 4 Georgia Tech, No. 10 Georgia and No. 13 Clemson.

Ohio State is the host school. Kent State and Florida state round out the eight-team field.

MCDONALD’S 21
Gamecock head coach Bill McDonald is the winningest coach by tournament victories in school history with 21. McDonald broke the previous record of nine held by Puggy Blackmon (1995-2007) with Carolina’s win at the Carpet Capital Collegiate in September 2014. McDonald captured a school-record five wins in 2014-15 and the team’s third-straight title at the 2017 Hootie at Bulls Bay Intercollegiate last spring. His latest win came last fall at the 2017 Camden Collegiate Invitational as Carolina won the event for the third time in four seasons thanks to three individual top-10 finishes.