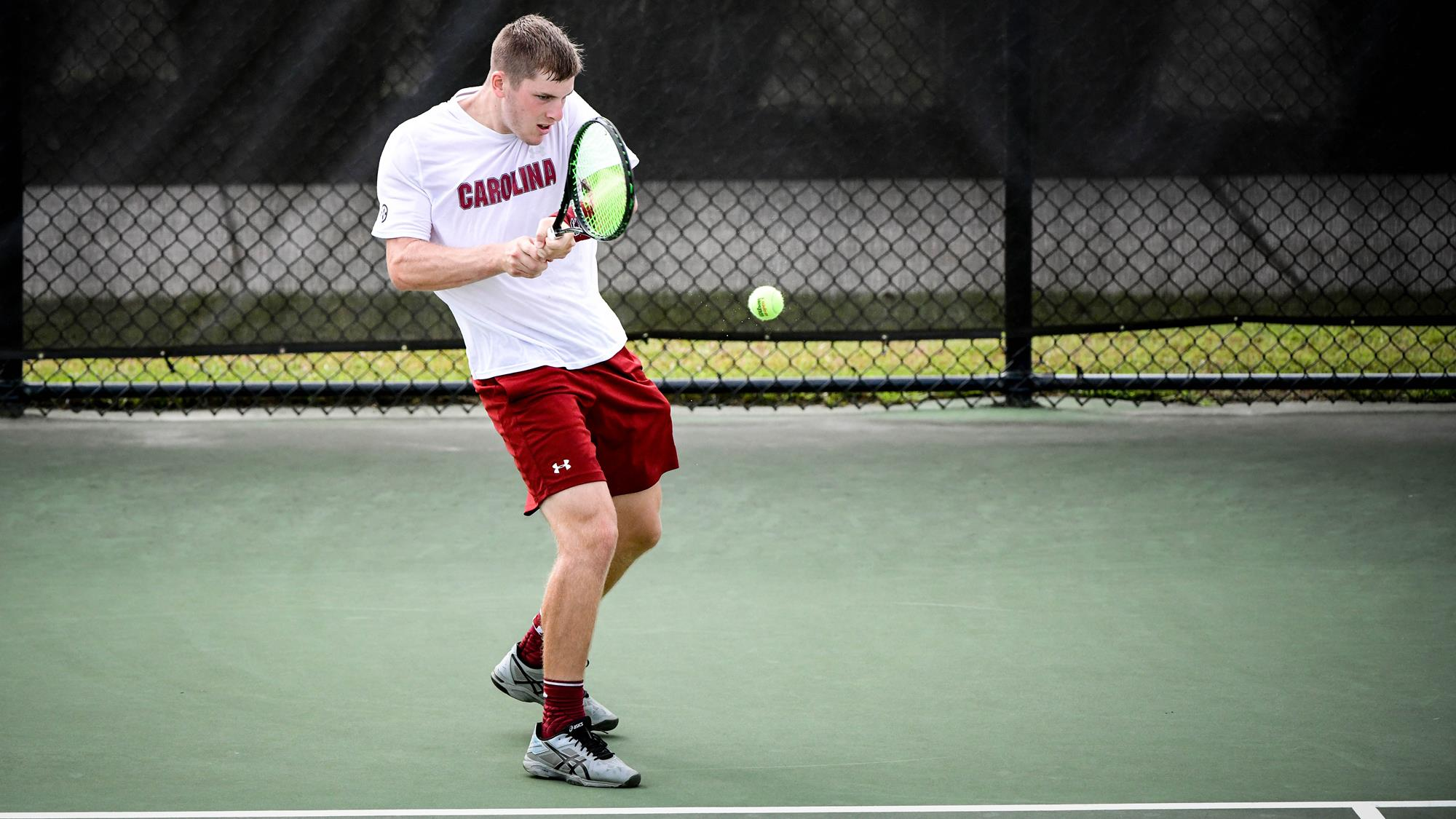 COLUMBIA, S.C.— South Carolina men’s tennis will travel north to Cary, N.C., for the ITA Carolina Regionals which will be hosted by Duke University at the Cary Tennis Park from Friday, Oct. 12 through Tues., Oct. 16.

Eight Gamecocks will compete in both singles and doubles at this season’s regionals which will kick off with singles round of 64 on Friday morning at 9:30 a.m.

No. 27 Paul Jubb (2-1) enters the field after notching a pair of ranked wins at the ITA All-American Championships last week in Tulsa, Okla.  Jubb took down the seventh-ranked singles player in the country in Vanderbilt’s Cameron Klinger and will play through this weekend’s draw as the tournament’s top overall seed.

Jubb advanced to the round of 16 in last season’s Carolina Regionals finishing with a 3-1 record that included his first ranked win of the season over No. 44 Spencer Furman of Duke.

Yancy Dennis also won his first three matches before falling in last year’s round of 16.  Dennis, 7-3 all–time at the Carolina Regional Championships, also advanced to the round of 16 as a sophomore in 2016 where he fell 7-4 in a third set-tiebreak.

Gamecock Noteables:
– Dennis enters the weekend as the No. 11 seed with a 4-3 singles record so far this fall.
– Dennis and Jubb are the No. 49 doubles team in the country and got off to a 1-1 start playing together at the ITA All-American Championships.
– Beau Pelletier has had a strong start to fall season with a 5-2 singles record and a 4-1 doubles record.
– Daniel Rodrigues (4-1) enters the Carolina Regionals on a three-match win streak as the No. 16 seed.
– Patrick Cacciatore (5-0) will look to ride his hot start to the year after winning the Gamecock Invitational B-Draw last month.
– Pelletier is 3-0 in doubles playing with teammate Jake Beasley. Beasley is 5-1 overall in doubles play while Pelletier is 4-1.