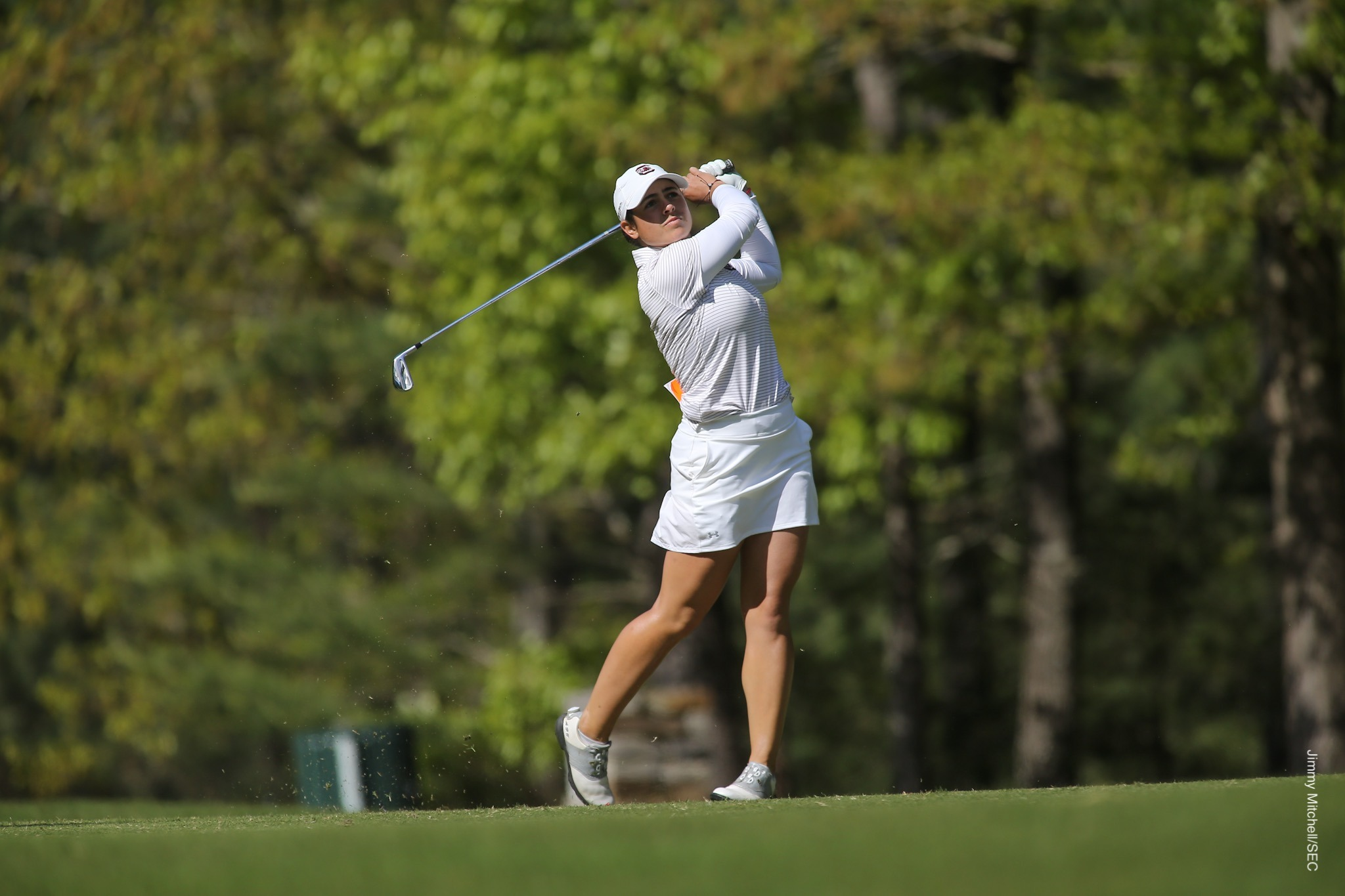 Columbia, S.C. – No. 17 South Carolina women’s golf is set to participate in the Ruth’s Chris Tar Heel Invitational in Chapel Hill, N.C., at the UNC Finley Golf Course. The tournament is played across three days, starting on Fri., Oct. 12, and ending on Sun., Oct. 14.

“We always like returning to the Ruth’s Chris Tar Heel Invitational,” South Carolina head coach Kalen Anderson said. “It is a scoreable golf course with a strong field. We’ve worked hard individually with our student-athletes this week to address needs. We look forward to watching the hard work pay off this weekend.”

South Carolina will field Lois Kaye Go, Marion Veysseyre, Ana Pelaez, Emily Price and Anita Uwadia while Skylar Thompson will compete as an individual. For Price, it will be her first collegiate tournament appareance for the Gamecocks.

The 43rd annual tournament will be set up as a par-72, 6379-yard course. With rainy weather in the forecast, Friday’s first round will be a shotgun start at 11:00 a.m. Pairings will be finalized shortly after all lineups are received. Check back later for information regarding the final pairings.

This weekend marks the 31st appearance at the Tar Heel Invitational for South Carolina, which has competed at the event in each of the last 13 years. The Gamecocks have earned 12 top-five finishes at the tournament, including four of the last five seasons. South Carolina’s best showing came in 2014 when it grabbed runner-up honors with a 54-hole mark of 864 (E). Prior to 2012, the tournament was known as the Franklin Street Partners Invitational.

Last season, South Carolina finished in third place at the Ruth’s Chris Tar Heel Invitational. Go, along with Marion Veysseyre, broke par in the final round to aid the Gamecocks’ top finish in the 2017 fall season. Go, who tied for 11th with a 54-hole total of 210 (-6), shot a final-round 3-under 69.

Anderson enters her 12th season leading the program. She has helped South Carolina appear in eight of the last nine NCAA Championships and has led the Gamecocks to five NCAA Regional titles since 2010.