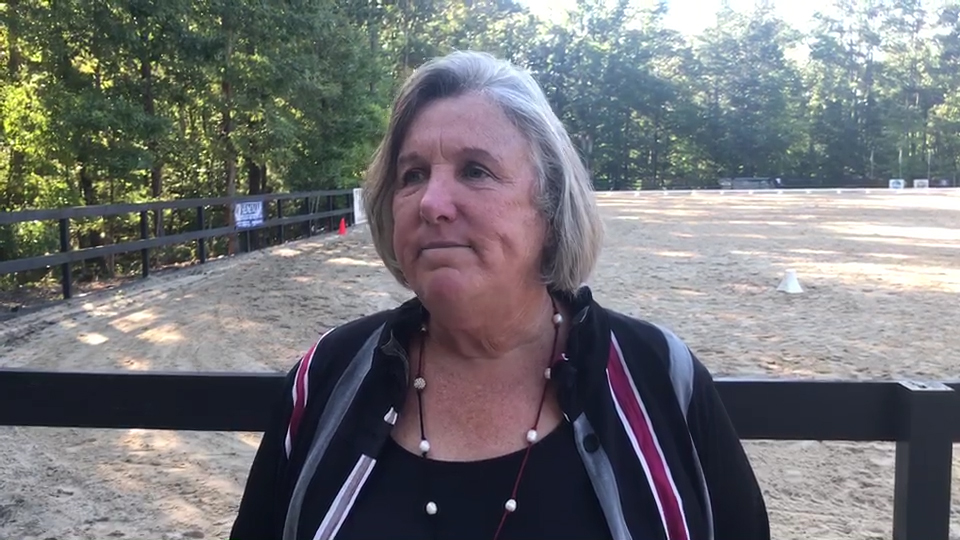 BLYTHEWOOD, S.C. – The No. 8 South Carolina equestrian team dropped a heartbreaker against No. 2-ranked Texas A&M, 9-8, Friday evening at One Wood Farm in Blythewood.

In Horsemanship, Quinn Brandt was the only Gamecock to win her ride, defeating Kyra Bouma on Tulip by just a half point, 72-71.5.

Carolina was victorious in Reining, 2-1, after two rides ended in ties. Caroline Gute scored a 72 on Nike, topping Darby Gardner, 72-70.5. Gute’s score was the highest of the event, earning her MOP honors, the only rider for Carolina named MOP against the Aggies. Jordan Scott took the second point for the Gamecocks after a 70.5-68 win over Shelby Reine on Magnum.

Van der Walde won her Equitation on the Flat ride, 75-0, opposite of Brianna Peddicord on Tattoo, to go 2-0 on the day. Competing on Toby, Madison Sellman won the point against Murphy, 76-75.

“It’s a really tough loss for us because I think we really felt like we had it under control pretty well,” Major said. “It just didn’t work out for us in the end. I’m really proud of our girls, but we’re going to continue to work. We’ve got a long way to go to finish this fall.”

The Gamecocks will take a week off for fall break and then get back into action for six-consecutive away meets, beginning at Sweet Briar on Friday, October 26.