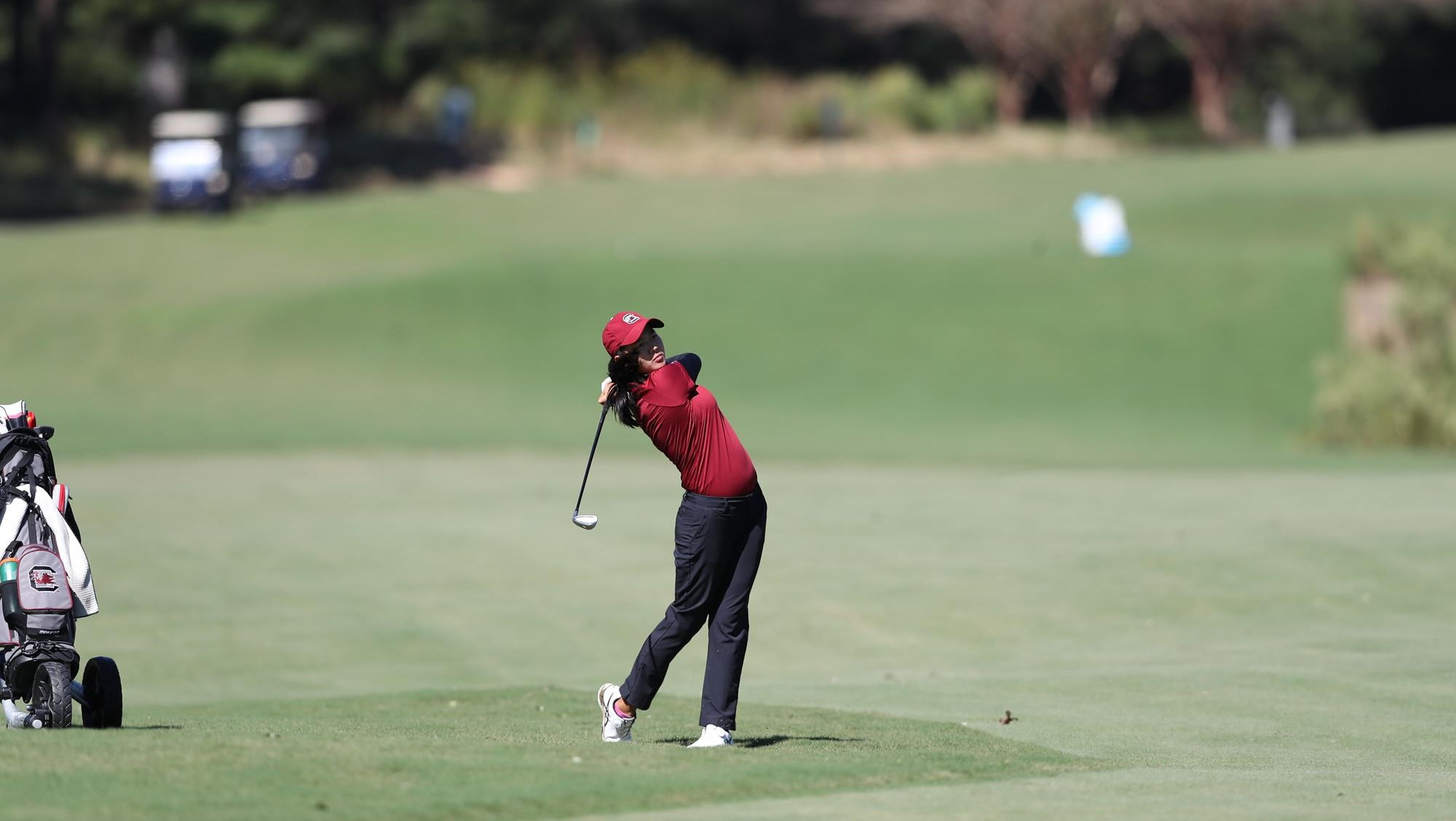 Chapel Hill, N.C. – No. 17 South Carolina women’s golf competed the second round of the 2018 Ruth’s Chris Tar Heel Invitational, posting an even score (288) to jump up into fifth in the competitive 18-team tournament.

“We had a really solid round today in windy conditions,” South Carolina head coach Kalen Anderson said. “The team is gaining momentum. We are hoping to capitalize better on the par-5’s tomorrow and put up a low number to finish the tournament on a high note.”

Lois Kaye Go continued her success in round two as she posted a season-best 69 (-3) to move into a tie for sixth and just three shots off the leader, Emilia Migliaccio of Wake Forest (-7). Go carded four birdies in her second round that pushed her up the leaderboard eight spots. Go’s one bogey was also a team-low on Saturday and her 140 (-4) is a season-best score through two rounds of play.

Freshman Emily Price rebounded in her second round with a 72 (E) and posted a pair of birdies and just two bogeys. She had a fantastic front nine where she posted a 35 (-1) with no bogeys. Price will enter the final day in a tie for 40th.

Ana Pelaez kept the Gamecocks near the top of the team leaderboard with a solid performance on Saturday. Her 73 (+1) was good enough for third on the team in the second round, which included birdies on the par-5 17th and par-4 9th.

Rounding out the Gamecocks’ score was Marion Veysseyre, who completed her round with a score of 78 (+6). After a fantastic 36 (E) on the front nine, the senior struggled on the back nine posting a 42 (+6).

Freshman Skylar Thompson once again competed as an individual, following up her first round 77 (+5) by finishing with a 73 (+1) and sinking three birdies, including two on the back nine where she posted a 35 (-1).

South Carolina will wrap up play at the Ruth’s Chris Tar Heel Invitational tomorrow morning before returning to Columbia.