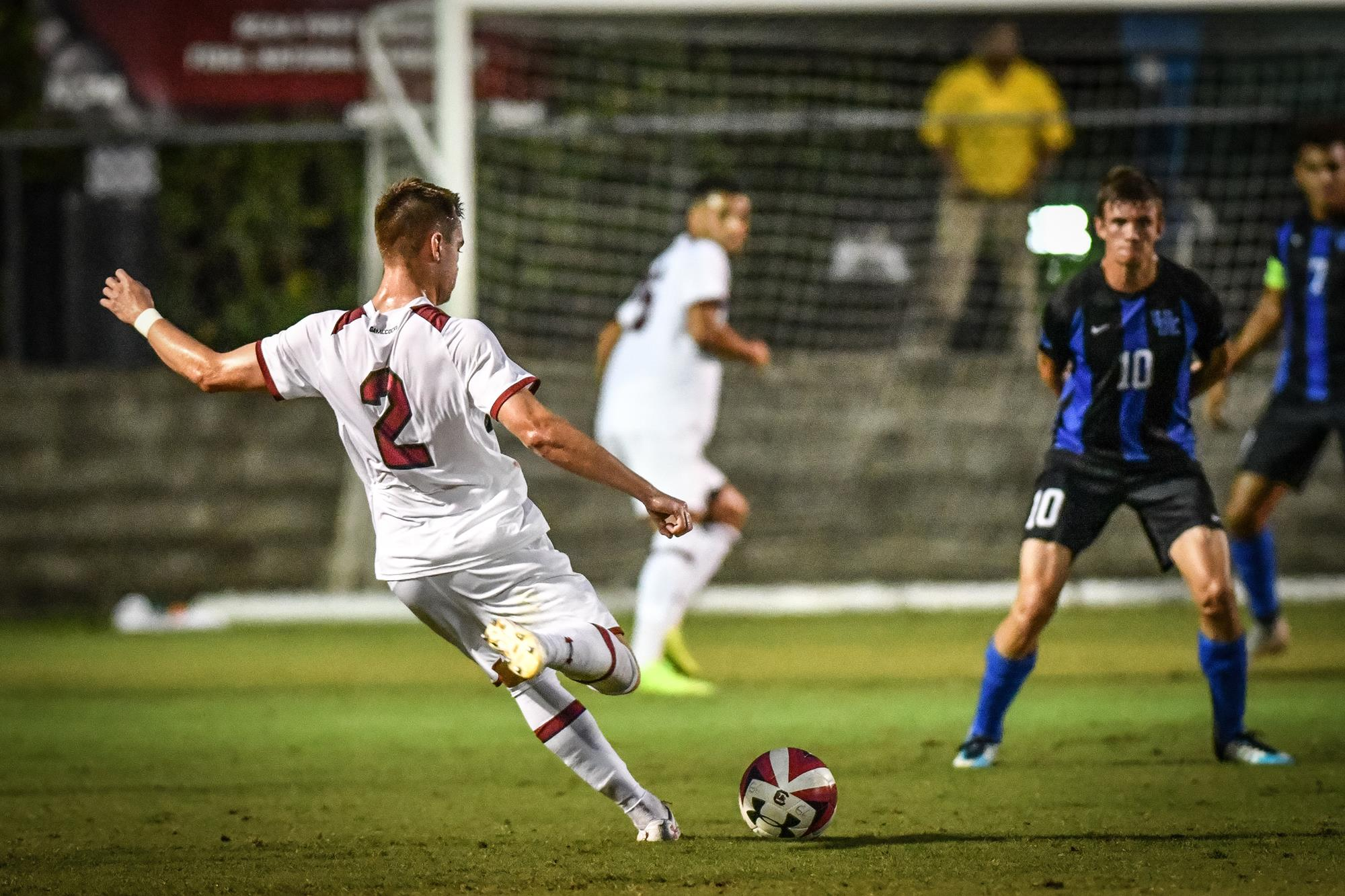 Myers dribbled through the defense deep in the Gamecocks’ attacking third of the field and scored far post in 1v1 situation with the goalkeeper Andrea Bonavia. The goal by the Aiken, S.C., native marked Carolina’s 10th shot on target in the match.

“I was proud of our guys – I thought they put a very workmanlike effort in tonight from start to finish,” said head coach Mark Berson. “Mitchell Myers was outstanding – did a great job on the first goal. I think as a team, overall, we showed good balance in the attack and defensively. Credit Upstate, they hung in there for some stretches in the second half.”

The Gamecocks dominated the first half, controlling possession for large stretches with an abundance of offensive chances. Carolina had 10 shots, seven of which were on goal, in the first 45 minutes of the match. The Gamecocks finally broke through on the score by Myers early in the second half.

Junior Luca Mayr gave the Gamecocks a 2-0 cushion 51 seconds later, as he knocked in a diving header to the far post on a great cross into the box by sophomore Jared Gulden from the near sideline. Mayr now leads the team in points (9) on the season. He’s tied for the team lead in goals (3) and assists (3). His 39 shots, which are a team-high, rank fourth in Conference USA. The Steyr, Austria, native also leads the team with 17 shots on goal.

The assist by Gulden was his first career points in Garnet in Black in 27 appearances ( eight starts) the past two seasons.

In the 52nd minute, senior captain Peyton Ericson nearly put the Gamecocks in front 3-0 as he ripped a bullet from 25-yards out at the goal. Bonaivia, who finished the match with 11 saves for the Spartans, made a great play though and punched it away out of bounds.

Junior Justin Bauer and senior Ian McGrane split time between the posts. Bauer played the first half and made two saves. McGrane finished the match and got the win, making three excellent saves. It marked the second time the duo combined for a shutout this season.

Carolina ended the game with 17 shots and a season-high 13 shots on goal. The Gamecocks’ attack was balanced as five different players had multiple shots on target.

Carolina faces Georgia State (8-4-2, 1-0-2 Sun Belt) on Tuesday night (Oct. 23) at home. It’s Camper Reunion Night at The Graveyard. All Mark Berson Soccer Campers receive $1 admission to the game if they wear their camp shirts. The non-conference finale marks the third of five consecutive home games for the Gamecocks over the next two weeks. Carolina will end the regular season with a road match at conference foe FIU on Friday, Nov. 2.