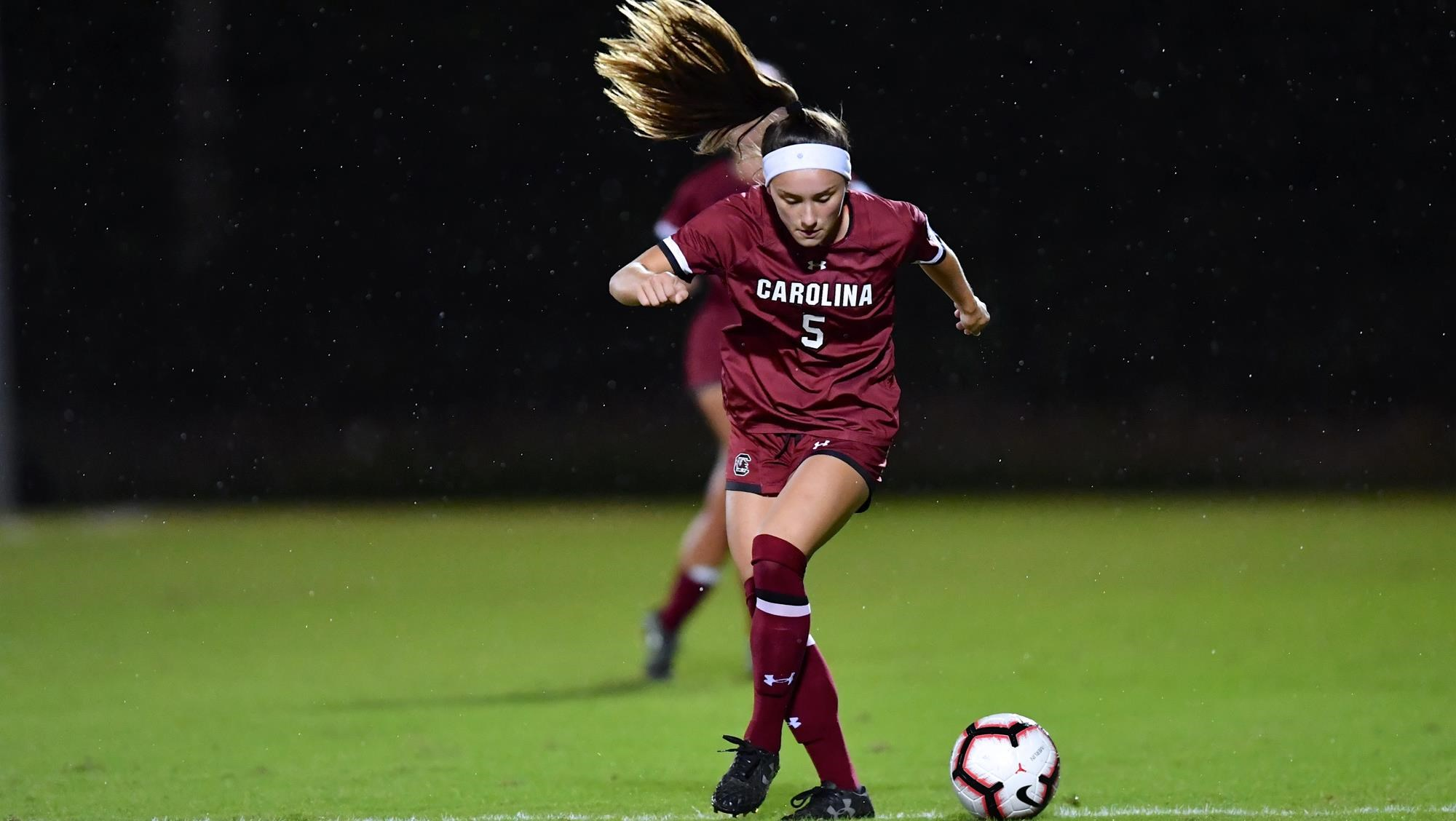 Gamecocks Defeated By LSU on Road in Double Overtime, 2-1

“It is a very disappointing result today,” South Carolina head coach Shelley Smith said. “I felt we did very well, especially in the first half, to put ourselves in a position to score goals. The second half, I thought we played well and did enough to win the match until the final minute.”

After 45 minutes of scoreless soccer, the Gamecocks came through at 65:01 when sophomore Lauren Chang converted a penalty kick after freshman Riley Tanner drew a foul in the box. The goal for Chang is her sixth of the season, and her second penalty kick goal.

South Carolina nearly doubled its lead in the second half when senior Simone Wark fired a shot off the post during a counterattack led by Ryan Gareis. The Gamecocks outshot the Tigers 16-13 in the match, including 9-2 in the first 45 minutes.

With just 1:07 to go in the match, LSU knotted up the score at one with a goal from Lucy Parker. The goal snapped a streak of 629 minutes without conceding a goal, the longest streak since 2009.

In overtime, Chang nearly won the match for the Gamecocks, but it rolled just wide of the net. LSU went on to outshoot South Carolina 3-2 between both overtimes. Parker went on to score her second goal of the match at 105:11 to complete the victory for the Tigers.

South Carolina’s impressive run of not allowing a goal in the first half this season continued against the Tigers. The Gamecocks are the only team in the SEC to hold all of their opponents scoreless in any one half this season.