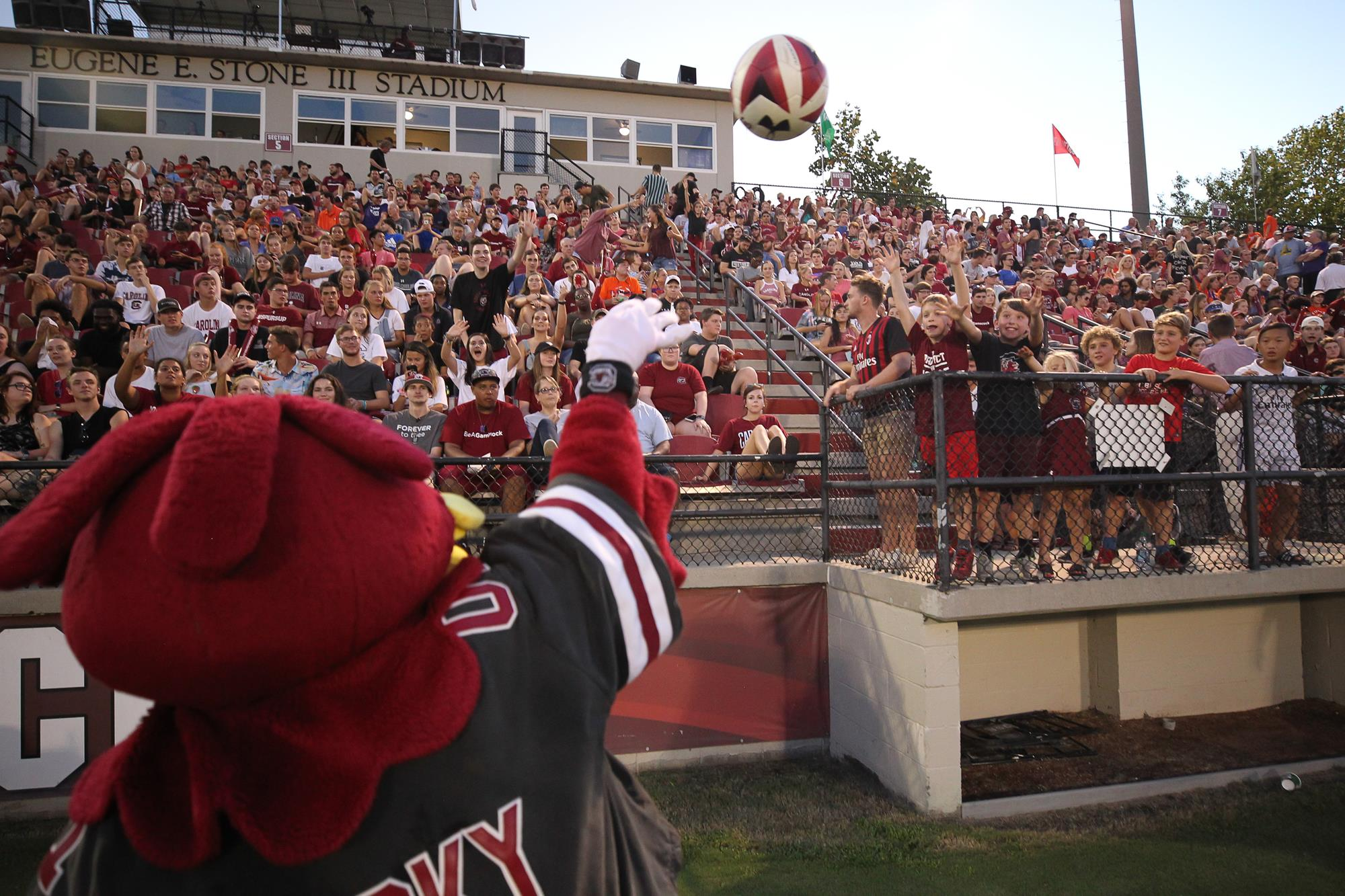 COLUMBIA, S.C. — South Carolina (4-9-0, 0-5-0 C-USA) welcomes in Georgia State (8-4-2, 1-0-2 Sun Belt) to Stone Stadium on Tuesday night for its non-conference finale. Kickoff is set for 7 p.m. ET, with the gates opening one hour prior. The match marks the third of five consecutive home games for Carolina.

“Georgia state comes into our match on Tuesday riding a three-game unbeaten streak,” said head coach Mark Berson. “They have scored a lot of goals this fall and haven’t conceded very many. They are a well-organized and disciplined team. We are playing at home, where our fans give us a great advantage. We look forward to the match.”

It’s Camper Reunion Night at The Graveyard. All Mark Berson Soccer Campers receive $1 admission to the game if they wear their camp shirts.

SCOUTING GEORGIA STATE
The Panthers come into Tuesday night’s contest riding a three-match unbeaten streak. They drew with Georgia Southern, 1-1, earlier this week (Oct. 20). Aris Briggs leads the team in points (9) and goals (4). Max Hemmings leads the team with 40 shots and 17 shots on goal. He’s also tied for the team lead with two assists. Overall, 11 different players have scored goals for GSU. The Panthers have been stout defensively, allowing just 12 goals in 14 matches. Goalkeeper Paul Tyson has started every match, tallying five shutouts. He sports a goals against average of 0.83 and has made 42 saves (.778 save percentage) on 60 shots faced.

NO. 5 IN HOME ATTENDANCE
Through games played on Oct. 18, the Gamecocks rank fifth in the country in attendance average at 2,921 fans per game. Two of Carolina’s first three games this season currently rank in the top-15 for single-game attendance.

​​​​​UP NEXT
Carolina returns to conference play on Friday night at home against UAB (5-7-3, 2-4-1 C-USA) at 6 p.m. ET. It’s Senior Night for the Gamecocks, so fans are encouraged to arrive early to the match. The contest against the Blazers marks the start of three critical C-USA games to end the 2018 regular season for Carolina.