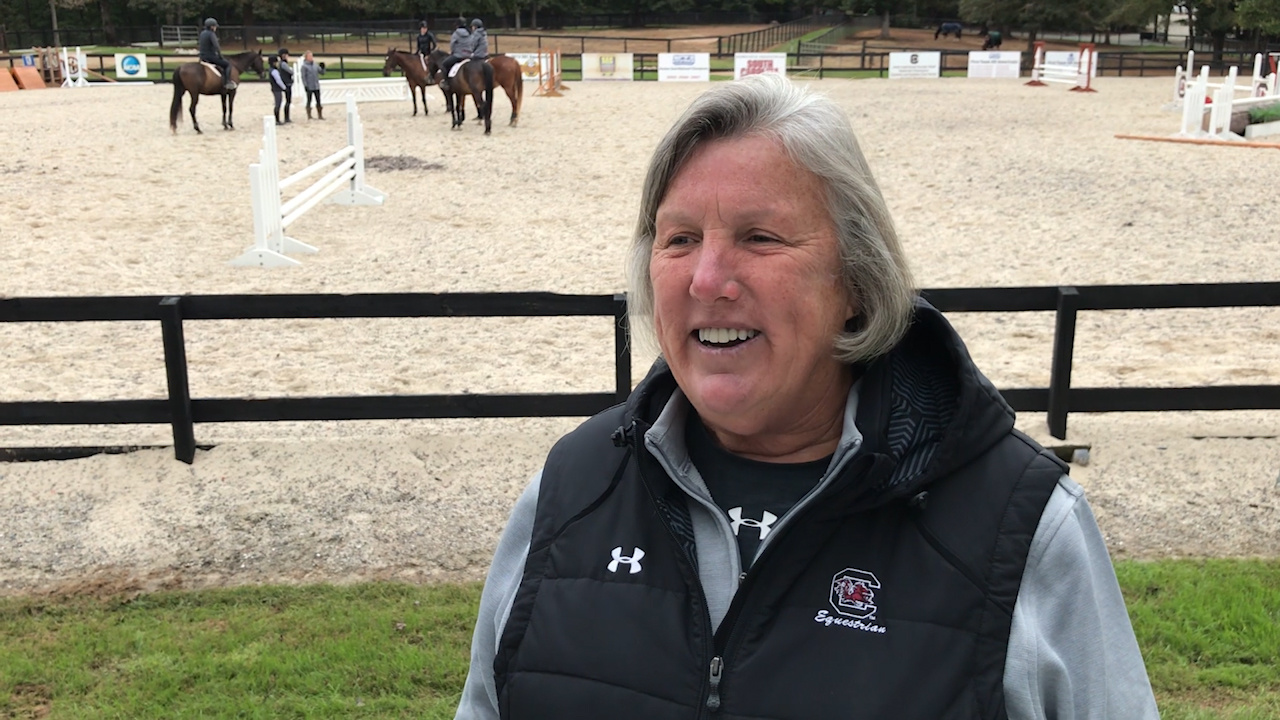 COLUMBIA, S.C. –  The South Carolina equestrian team heads to Virginia for three competitions in two days. The No. 6 Gamecocks first take on Sweet Briar in a Hunter Seat only meet, then see Lynchburg in a neutral-site Hunter Seat exhibition on Friday. Saturday, Carolina competes at Liberty for a full exhibition.

South Carolina (1-3, 1-2 SEC) heads into the meets after having a bye week and fall break. Sophomore Tyler Petrie leads the Gamecocks with an overall record of 3-1 in her event, Equitation Over Fences.  The Medina, Ohio, native is undefeated in SEC rides, defeating opponents from No. 1 Auburn, No. 2 Georgia and No. 2 Texas A&M.

“We haven’t been on the road since Auburn way back in September,” head coach Boo Major said. “When you have three meets in two days, it’s a bit of a challenge, but not something we’re unable to do. We’re lucky that we’re going to Virginia and to Sweet Briar College for the first time, which is really fun. We’re excited about them hosting us.”

Friday’s competition at the Harriet Howell Rogers Riding Center marks the first time South Carolina has competed against Sweet Briar in program history. This season, the Vixens are 0-4 after facing No. 6 SMU (3-6), No. 8 Delaware State (4-5), South Dakota State (3-6) and UT Martin (3-6). Carolina and Sweet Briar are set to compete at 10 a.m.