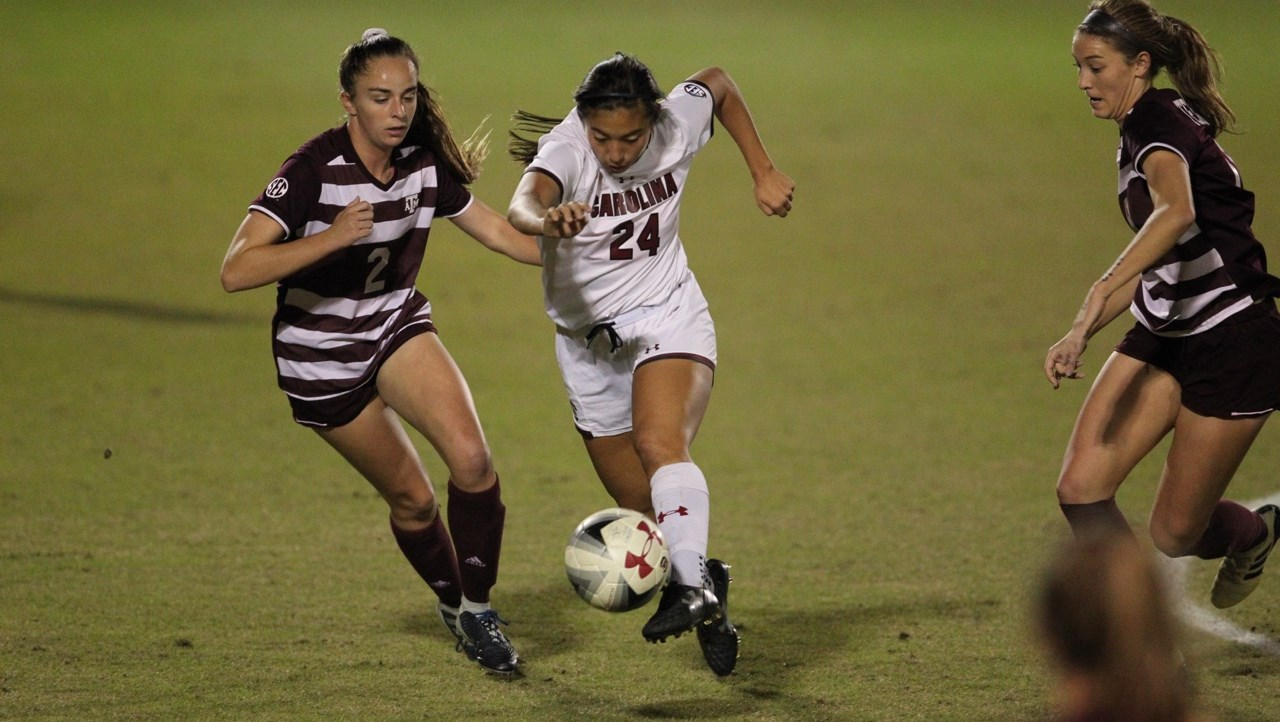 “I think we have put ourselves in good situations, and we were all over this team tonight and they just didn’t fall for us,” head coach Shelley Smith said. “If you let a team hang around, they can eventually get one.”

South Carolina’s completed its impressive run of not allowing a goal in the first half during the regular-season by blanking the Aggies through 45 minutes. The Gamecocks are the only team in the SEC to hold all of their opponents scoreless in any one half this season.

South Carolina’s defense was stout throughout the match, which included a span of over 37 minutes where Texas A&M did not register a shot. Goalkeeper Mikayla Krzeczowski registered two huge saves throughout the 100 minutes of action. In 10 SEC matches this season, she has allowed just five goals.

Captain Grace Fisk registered South Carolina’s third team save of the season at 98:10. The save for Fisk is no All three team saves have been made by Fisk.

Statistically, Lauren Chang led the Gamecocks offense with a total of three shots, including both of the Gamecocks shots on goal. South Carolina out shot Texas A&M in the match 13-12.

South Carolina will head to Orange Beach, Ala., to begin the SEC Tournament on Tue., Oct. 30. The Gamecocks earned the No. 6 seed and will take on the No. 3 seed, Texas A&M at 3:30 p.m. ET on the SEC Network. The tiebreaker for the four teams tied for third place (Texas A&M, Arkansas, Ole Miss and South Carolina) came down to points earned versus common opponents. Check back later for an official SEC Tournament bracket.

“Every match now is win or go home,” Fisk said after the match. “We have to go in with everything we have. It means more because if we lose, we are out, and that’s it. We don’t get a second chance. We will regroup and have a good few days of practice going into the first match of the SEC Tournament.”