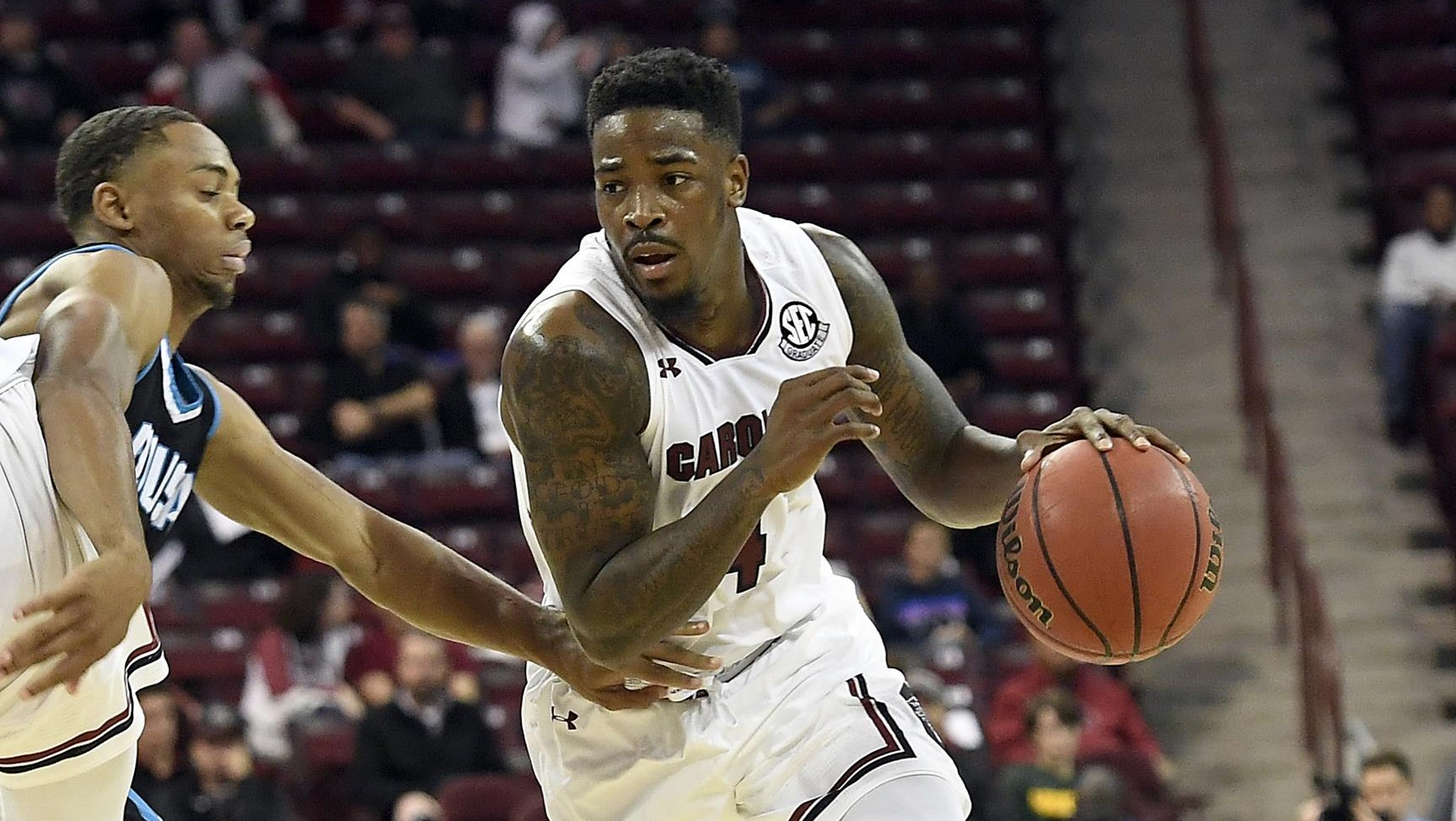 COLUMBIA, S.C. – South Carolina suffered a 77-72 loss on Friday night in its lone exhibition contest of the season against Augusta University.  Senior guard Hassani Gravett led the Gamecocks with 18 points, while also collecting four steals, and sophomore forward Justin Minaya had 10 points to go along with a team high 10 rebounds for the double-double.  Tyree Myers led the Jaguars with 17 points and two assists.

A pair of Campbell free throws gave the Gamecocks a 12-point advantage with just over 12 minutes to play in the opening half, but Augusta battled back and Carolina’s lead was just three at the halftime break, 39-36, after Campbell hit a lay-in just before the buzzer.  Minaya pulled down seven of his 10 rebounds during the opening 20 minutes of play, and senior forward Chris Silva added seven points.

Carolina held its lead through the first part of the second half, before an Augusta free throw knotted the contest at 60-60 with 7:21 remaining.  It would be back and forth the rest of the way, and Myers connected on late free throws for the Jaguar win.

South Carolina continues preseason preparations next week before hosting USC Upstate on Nov. 6 in the season opener.  Tip time for that contest is set for 7 p.m. at Colonial Life Arena.  The matchup will be available on the Gamecocks IMG Radio Network and SEC Network+.