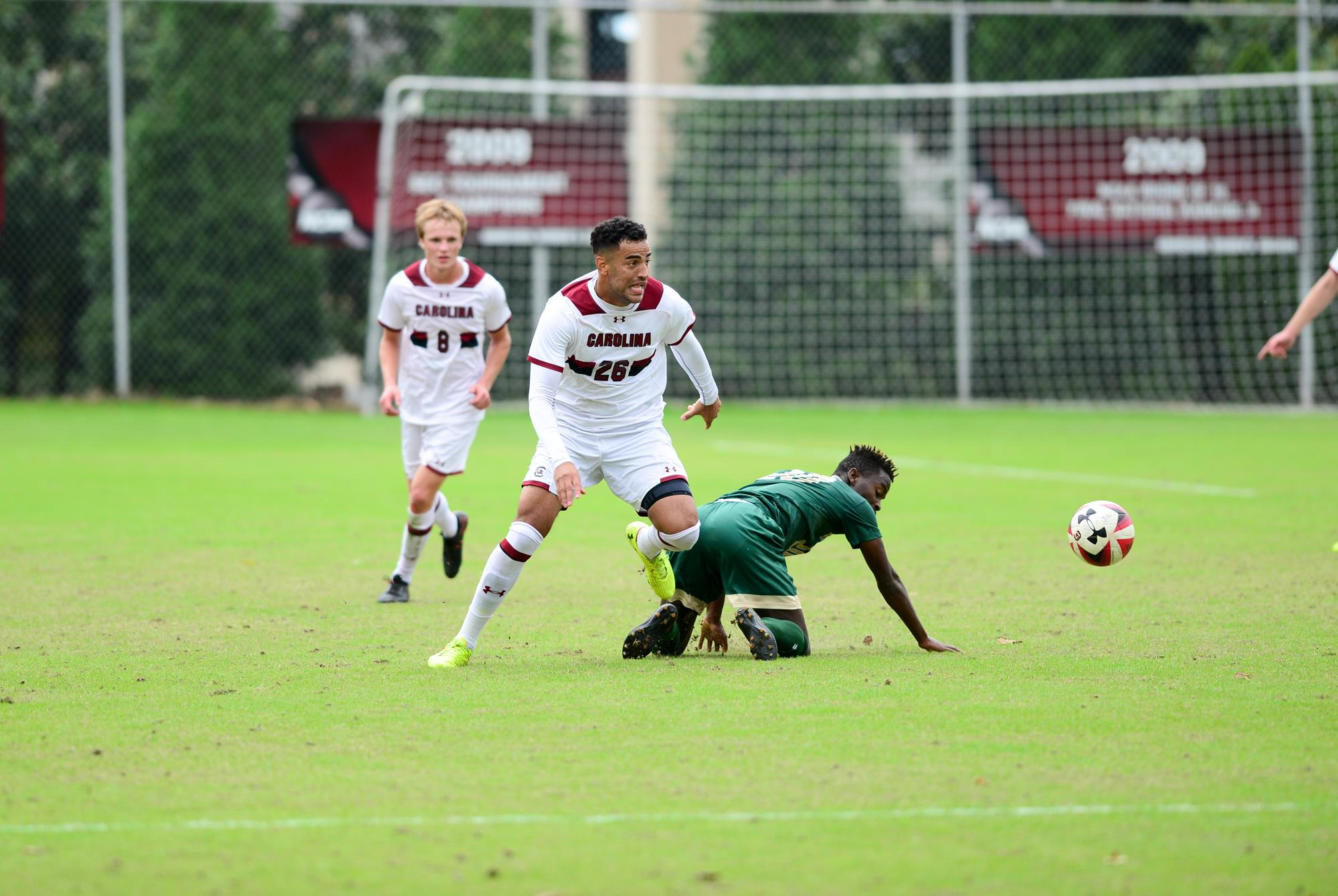 COLUMBIA, S.C. — South Carolina (6-9-0, 1-5-0 C-USA) notched its third-straight victory with a 1-0 win over UAB (5-8-3, 2-5-1 C-USA) on Saturday afternoon on Senior Day at Stone Stadium. Sophomore Petter Soelberg tallied his first career game-winner in the 29th minute of the first half.

“Our guys have fought hard all season,” said head coach Mark Berson. “We’ve been on the short end of a lot of very, very close results. We’ve now won three-in-a-row – good wins – shutouts. This was a big win for us in the conference. We need the points. Today was a really good result, and I was really proud of how the team played from start to finish.”

On the first half score by Soelberg, senior centerback Andre Streete corralled a free kick by sophomore Mitchell Myers near the endline. He made a great play, sending the ball back into Soelberg just inside the top of box. The Stockholm, Sweden, native then slotted it home far post. It’s the fifth goal of his career and his third score in 2018, which marks a new single-season career-high. The assists marked the third of Streete’s four-year career in Garnet and Black.

The Gamecocks would threaten twice more after Soelberg’s goal via quality strikes on target by junior Luca Mayr and sophomore Justin Sukow. Carolina led 1-0 at the break, outshooting the Blazers 7-3 in the first half.

In the 62nd minute, Carolina used a beautiful passing sequence on a counter attack to setup an excellent chance. Myers sent a great ball into junior Tucker Monheimer right in front of the net inside the six, but Monheimer’s shot missed high.

Senior Bjorn Gudjonsson drew a penalty inside the box shortly after in the 66th minute. Fellow senior Peyton Ericson took the PK, but his shot to put the Gamecocks up 2-0 missed high. Ercison converted a PK on the game-winning goal in the team’s 5-0 win against Wofford (Sept. 19) earlier in the season.

Senior Ian McGrane made two clutch saves down the stretch in the second half to preserve the Gamecocks third-straight shutout win. The Kingston, Pa., native is now 5-4-0 on the season in eight starts between the posts. He’s played a part in all four of the team’s shutouts in 2018 as he and sophomore Justin Bauer split time in goal on two of the team’s clean sheets.

The victory today over the Blazers marked a crucial three points for the Gamecocks in the conference race. For the latest C-USA

It’s Trick or Treat Night at The Graveyard on Tuesday against the Thundering Herd and all fans in costume (no masks) receive $1 admission. The first 100 kids age 12 and under receive a special Gamecock Trick or Treat bucket as well.