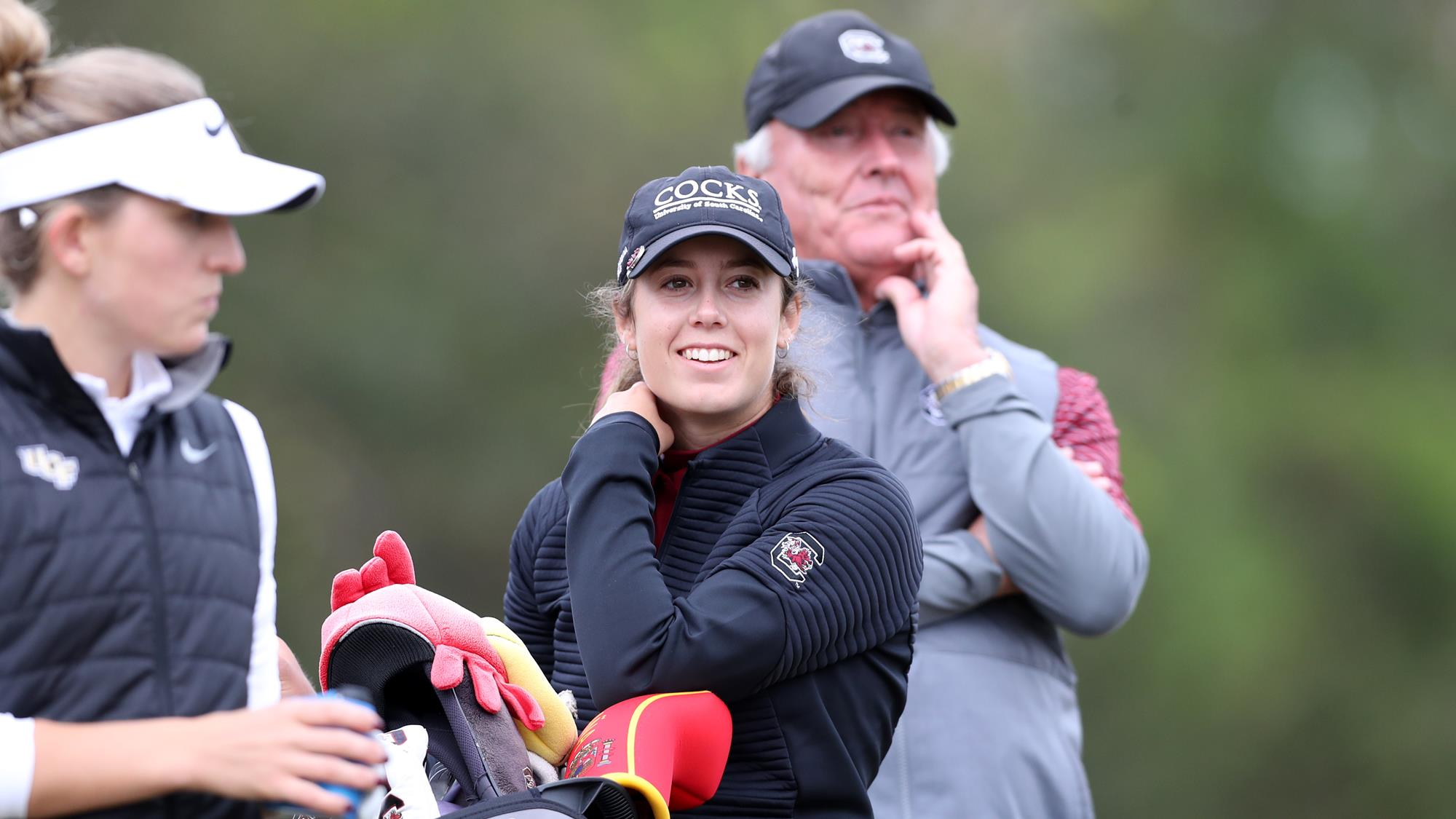 Gamecocks in Second at Landfall Tradition

Senior Marion Veysseyre sits in second on the individual leaderboard.

Wilmington, N.C. – No. 16 South Carolina women’s golf completed the first and second rounds of the 2018 Landfall Tradition, finishing 15-over-par (591) to sit in second place in the 18-team tournament.

Senior Marion Veysseyre ended the second day of the tournament alone in second place, and just two shots off the lead. She carded a 73 (+1) opening round and followed it up with a 70 (-2) in the second round to sit at -1 for the tournament.

“We did a great job staying patient today,” South Carolina head coach Kalen Anderson said. “The greens are faster than we’ve seen all year, and the conditions are challenging. It’s been a marathon of golf, and the team has been resilient.”

“Marion has done an excellent job playing within herself,” Anderson said of the senior. “She knows the strengths of her game and has managed this golf course and locations very well. It shows that her maturity, patience and intelligence is paying off.”

For Price, her a team-high six birdies propelled her near the top of the leaderboard. She had two different back-to-back birdies, one on the front nine and the other on the back nine. For Veysseyre, she used three birdies and four bogeys in her opening round to help post one of her best starts of her career.

Lois Kaye Go (76), Skylar Thompson (80) and Anita Uwadia (85) wrapped up the Gamecocks’ opening round. Ana Pelaez competed as an individual for South Carolina and finished with an 82 (+10).

In the second round, South Carolina improved its team score by 13 strokes. The Gamecocks’ second round 289 (+1) is the third-best score for the Gamecocks this season.

Veysseyre completed her second round with just one bogey and a trio of birdies. She sank back-to-back birdies on the par-4 17th and the par-5 18th to finish with a 35 (-1) on the back nine. She matched that 35 (-1) on the front nine with one birdie on the par-4 5th and no bogeys.

Go’s 71 (-1) helped the Gamecocks reach second place by the end of the second round. Her five birdies were a team high in the second round, and she will enter the final round in a tie for ninth at +3.

It was a day full of pars for Thompson who holed a total of 16 during her second round. She finished her round with a 72 (E) and moved into a tie for 41st at +8 for the tournament.

Pelaez’s score improved eight shots from the first round to the second with her 74 (+2) putting her in a tie for 64th.

South Carolina will continue play at the Landfall Tradition Sunday morning with final pairings to be released at a later time.