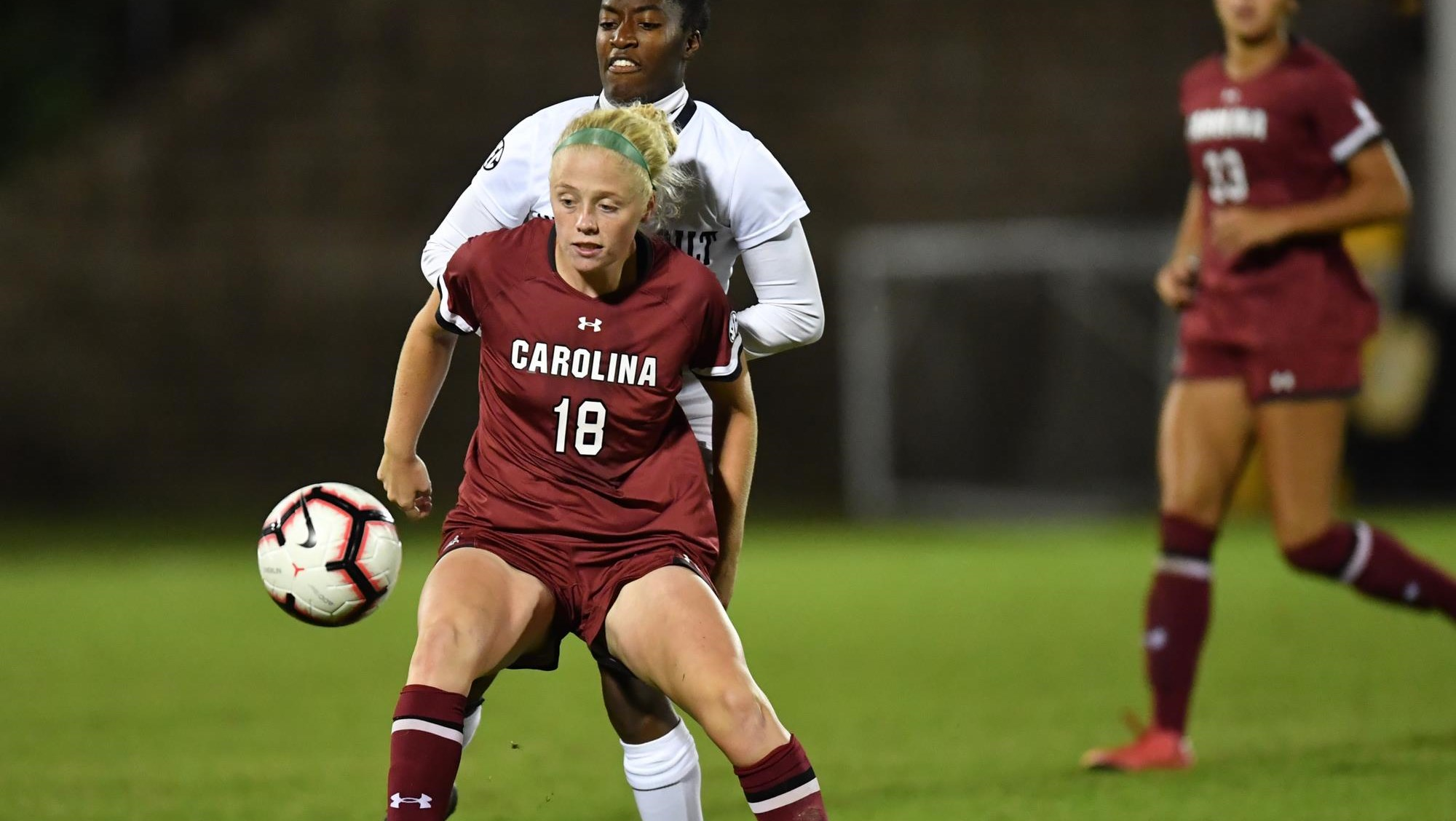 Thirty-eight Gamecocks have now earned All-SEC honors under Smith, while Fisk became just the second Gamecock to win the Defensive Player of the Year honors twice.

Fisk, a MAC Hermann Trophy semifinalist in 2017, has served as the catalyst for the Gamecock defense this season. The junior defender aided in nine shutouts since returning to the South Carolina lineup after her time at the U20 Women’s World Cup earning a bronze medal with her native country of England. Fisk scored a gamewinner against Kentucky and added an assist in the 3-0 victory. She anchored a Gamecock back line that was clinical throughout league action. The Gamecocks did not allow more than five shots on goal in each of the last nine matches.

Krzeczowski, now a two-time first-team honoree, has remained among the elite in net in her junior campaign. She posted shutouts in seven of Carolina’s 10 league matches. The nine shutouts this season for the Douglasville, Ga., native are the most in the SEC. Her 0.49 goals against average is the second best in the SEC.

Chang has become a force in the attacking third for the Gamecocks after netting a team-high six goals this season, including three in league play. The sophomore midfielder registered gamewinners against Clemson (Aug. 23) and Tennessee (Sept. 16) and added an assist on the game-winning goal against Missouri (Oct. 18). Her 14 points and 29 shots are the second most on the team this season.

Magnusdottir led the Gamecocks with 15 points this season despite missing three matches while playing with the Iceland national team during World Cup qualifying. Her seven assists put her in second place in the SEC this season and her 0.47 assists per match leads the SEC. She scored a team-high three game-winning goals, which came against the College of Charleston (Aug. 18), Auburn (Sept. 28) and Florida (Oct. 8).

Harris has been solid playing alongside Chang and Rebecca Koch in the Carolina midfield. She has appeared in all 17 matches, starting 15, and played every minute of 10 different matches this season. She was named SEC Freshman of the Week on Sept. 10 after netting a goal and an assist against both Purdue and Wake Forest.