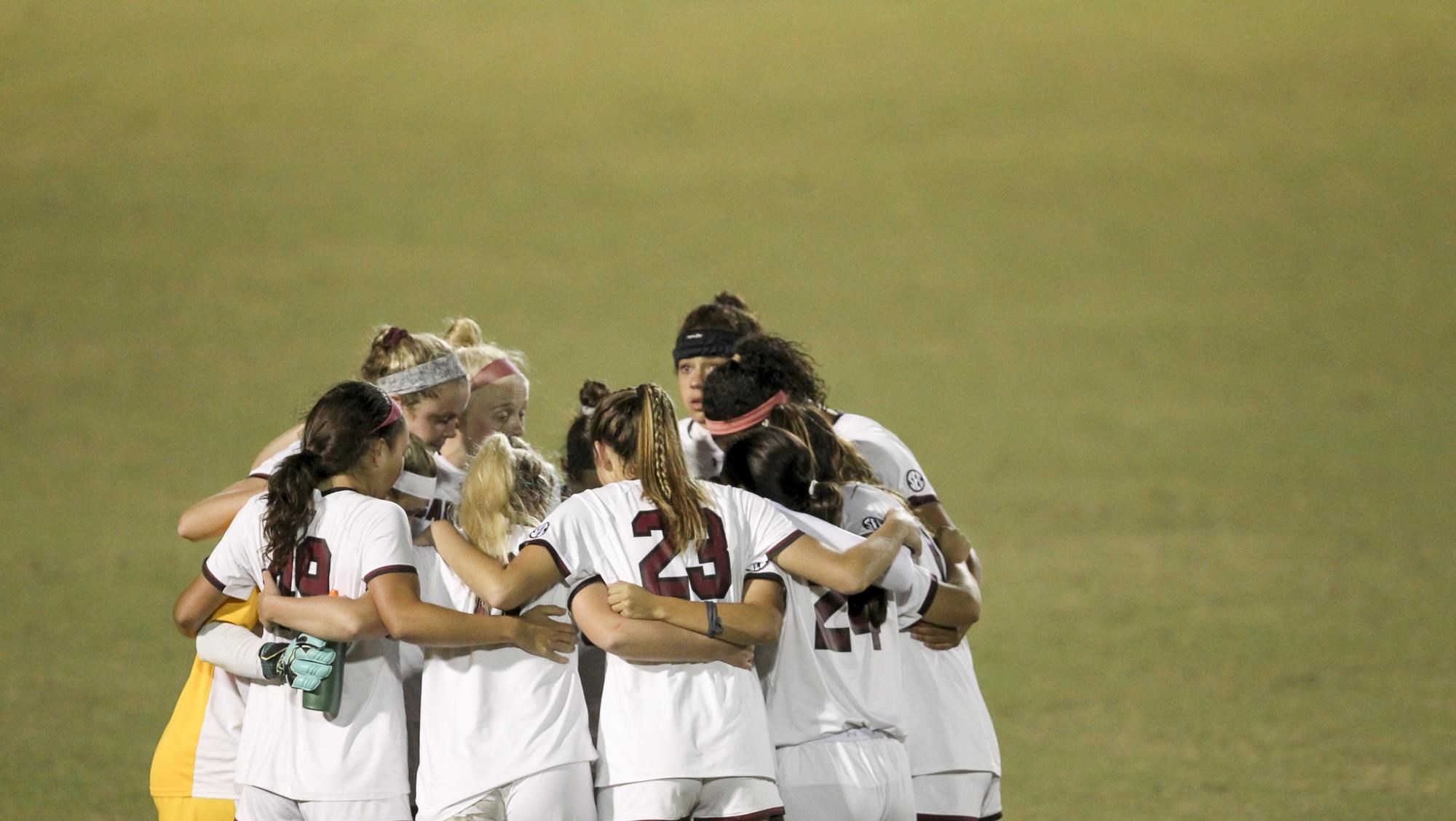 Gamecocks to take on Texas A&M in SEC Quarterfinals

Mikayla Krzeczowski registered a pair of saves in the loss while Grace Fisk helped make a team save late in the match.

“I think we put ourselves in good situations, and we were all over this team and they just didn’t fall for us,” head coach Shelley Smith said. “If you let a team hang around, they can eventually get one.”

“Every match now is win or go home,” Fisk said after the match. “We have to go in [to the SEC Tournament] with everything we have. It means more because if we lose, we are out, and that’s it. We don’t get a second chance. We will regroup and have a good few days of practice going into the first match of the SEC Tournament.”

The Gamecocks ended the regular season in a four-way tie for third place in the SEC. Per the tiebreaker rules, the Gamecocks are the No. 6 seed heading into the SEC Tournament in Orange Beach, Ala.

South Carolina has won three of the last four matches against the Aggies. The Gamecocks trail in the all-time series with a 3-6-1 record since the two teams played for the first time in 2003.

Junior Ally Watt leads the potent Aggie offense with a total of 13 goals this season, tied for the most in the SEC this season. Asdis Halldorsdottir has been dangerous offensively with four goals and five assists this season and a total of 63 shots, with 18 on goal. Texas A&M runs an aggressive offensive attack; the Aggies have been called offside 51 times this season, which leads the SEC.

Texas A&M was selected to finish second in the SEC in the preseason coaches’ poll.

THE ANCHOR
The SEC handed out postseason awards on Sunday with junior defender Grace Fisk being named SEC Defensive Player of the Year for the second-straight season.

Fisk, a MAC Hermann Trophy semifinalist in 2017, has served as the catalyst for the Gamecock defense this season. She aided in nine shutouts since returning to the South Carolina lineup after her time at the U20 Women’s World Cup earning a bronze medal with her native country of England. Fisk scored a gamewinner against Kentucky and added an assist in the 3-0 victory. She anchored a Gamecock back line that was clinical throughout league action. The Gamecocks did not allow more than five shots on goal in each of the last nine matches.

Krzeczowski, now a two-time first-team honoree, has remained among the elite in net in her junior campaign. She posted shutouts in seven of Carolina’s 10 league matches. The nine shutouts this season for the Douglasville, Ga., native are the most in the SEC. Her 0.49 goals against average is the second best in the SEC.

Lauren Chang earned her first career All-SEC honor as she was selected to the second team. The sophomore was a force in the attacking third for the Gamecocks after netting a team-high six goals this season, including three in league play. The sophomore midfielder registered gamewinners against Clemson (Aug. 23) and Tennessee (Sept. 16) and added an assist on the game-winning goal against Missouri (Oct. 18). Her 14 points and 29 shots are the second most on the team this season.

Jyllissa Harris along with Selma Sol Magnusdottir were both selected to the SEC All-Freshman team for their outstanding play this season. Magnusdottir led the Gamecocks with a total of 15 points and three game-winning goals. Harris appeared in all 17 matches, starting 15, and played every minute of 10 different matches this season. She was named SEC Freshman of the Week on Sept. 10 after netting a goal and an assist against both Purdue and Wake Forest.

FIRST HALF BLOCKADE
South Carolina completed its impressive run of not allowing a goal in the first half during the regular season by blanking the Aggies through the first 45 minutes. The Gamecocks are the only team in the SEC to hold all of their opponents scoreless in any one half this season. During the 2018 regular season, South Carolina outscored its opponents 12-0 while outshooting them 108-52.

WE DO IT FOR THE FANS
South Carolina averaged 2,509 fans this season, the second most in the NCAA this season. The Gamecocks are one of just three teams to average over 2,000 fans in each of the past five seasons. The match earlier this season against Clemson (Aug. 23) held a total of 6,354 fans at Stone Stadium; that is the most of any one soccer match during the 2018 season (second is San Jose State at Portland with 4,409 on Aug. 24).

UP NEXT
If South Carolina should advance in the SEC Tournament, it will play the winner between No. 2 seed Tennessee and No. 7 seed LSU that will be played prior to the Gamecocks match in Orange Beach, Ala. Following the SEC Tournament, South Carolina will then wait for the NCAA Selection Committee on Mon., Nov. 5, for any potential NCAA Tournament matches. The start time for the Selection Show is still to be determined.