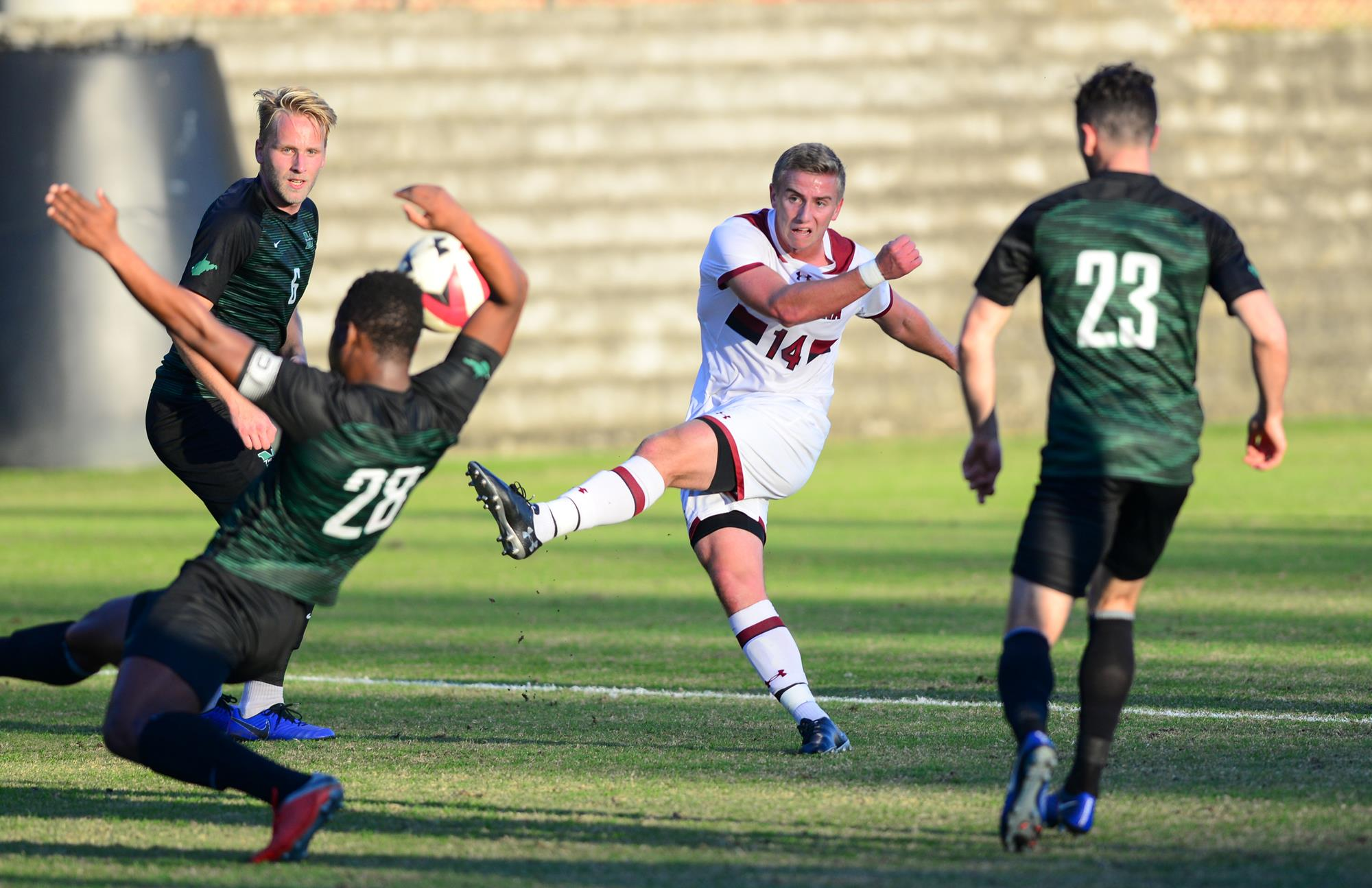 Thundering Herd scored the game-winning goal in the 107th minute

“This was a difficult loss tonight for our guys,” said head coach Mark Berson. “We played really well and scored a great goal early – then their goalkeeper made two spectacular saves. We hit the post in overtime and had some other opportunities throughout the match, but credit Marshall, they found a way to get a goal in the end.”

The Gamecocks had two high quality chances they were unable to finish in both the first and second overtime periods. In the 99th minute, sophomore Petter Soelberg got a clean look from just inside the 18, but his shot missed off the post and rolled out of play. In the 105th minute, junior Luca Mayr sent a free kick on the money into the six, but senior Paul Quidlies’ header missed high.

Carolina took an early, 1-0, lead in the match on junior Tucker Monheimer’s set piece header in the eighth minute. Freshman Josh Corning sent a corner kick into the far post that was headed back to Monheimer by sophomore Frano Buhovac, marking his first career points in Garnet and Black with the assist. The goal was Monheimer’s third of the season (career-high) and first since the team’s 5-0 win against Wofford back on Sept. 19.

The Gamecocks nearly put two more on the board shortly after. In the 11th minute, sophomore defender Mitchell Myers laced a pass nearly 50-yards down field to Mayr deep inside the 18. Mayr took two touches and flicked a shot over Marshall keeper Paulo Pita headed for the back of the net, but Pita somehow recovered on the shot to the far post and punched it away. It was a Myers to Mayr connection again in the 18th minute that nearly paid dividends for Carolina, but Pita again made an outstanding save on Mayr’s header from the PK spot.

In a half mostly dominated by the Gamecocks, the Herd took advantage of one defensive miscue by Carolina in the 14th minute. Senior goalkeeper Ian McGrane was forced to come off his line on a transition opportunity and Vinicius Fernandes tied the match, 1-1, with an easy goal at the empty net. The score by Fernandes was the first goal given up by the Carolina defense in nearly 278 minutes of action.

Carolina, who controlled most of the possession the first 45 minutes, outshot the Herd 8-4 with a 4-1 advantage in shots on goal the first half.

In the second half, the Gamecocks had just one shot on target. Several quality attacks by the home team were flagged for offsides. Carolina was also unable to capitalize on eight corner kicks in the game.

Tonight’s loss to Marshall eliminates the Gamecocks from a chance to play in the 2018 Conference USA Tournament next week in Charlotte, N.C. Carolina concludes the 2018 season with a conference matchup on the road at FIU (7-8-0, 5-2-0 C-USA) on Friday night (Nov. 2) at 7 p.m. ET on CUSA.tv.