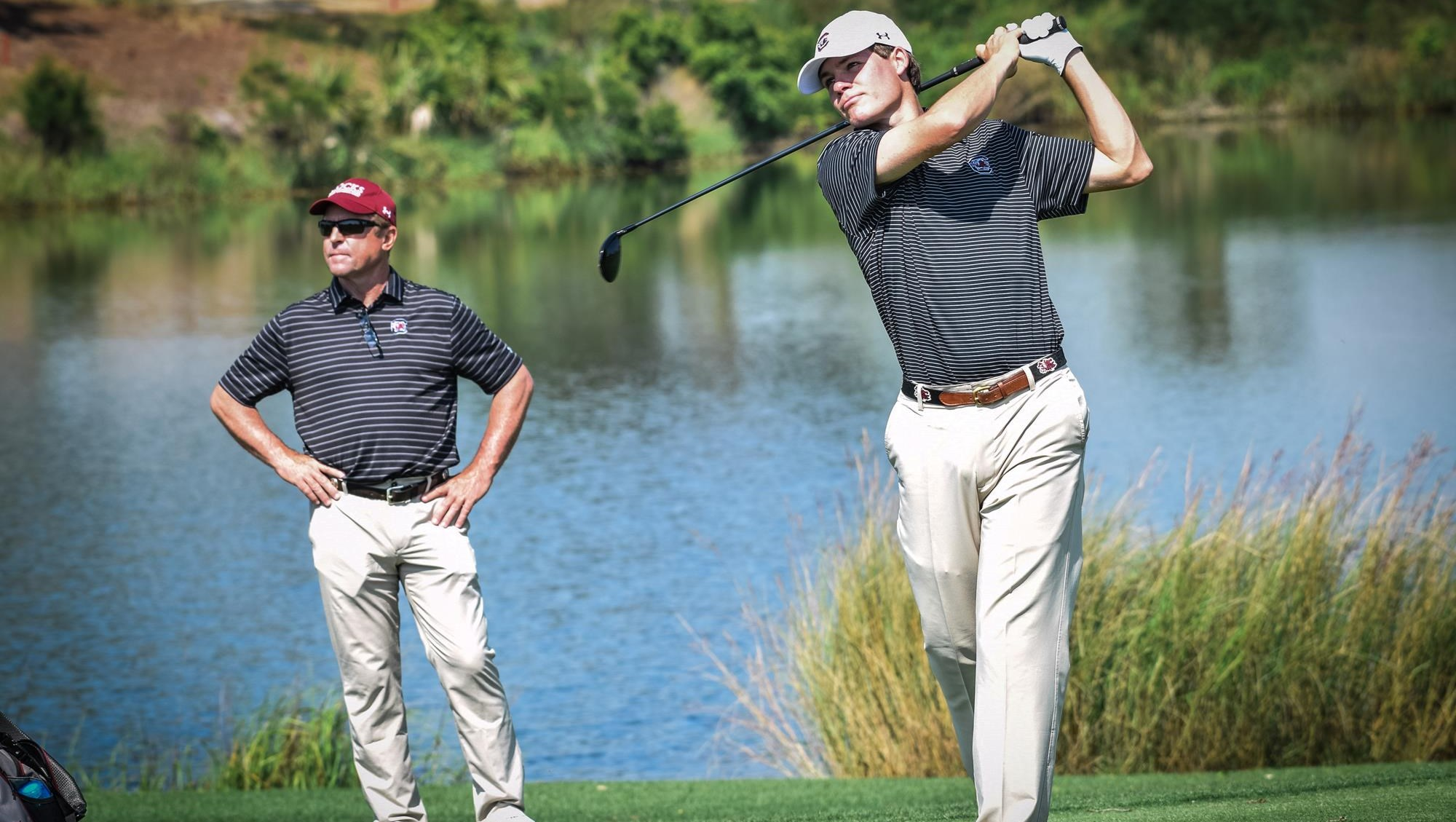 Carolina seeded third in the NCAA Pulman Regional (May 13-15)

COLUMBIA, S.C. — No. 17 South Carolina is headed west for postseason play as its seeded third in the NCAA Pulman Regional. The 81-team regional field was announced live on the Golf Channel by the NCAA Division I Men’s Golf Committee on Wednesday night. it marks the 12th NCAA Regional appearance (27th all-time) in the last 13 seasons under head coach Bill McDonald.

Team and individual medalist titles will be decided May 24-29 at Blessings Golf Club in Fayetteville, Arkansas. The University of Arkansas is the host institution for the 2019 championships.

The Gamecocks will be joined by No. 20 Texas A&M and Florida from the SEC in Washington. No. 5 Oklahoma is the top seed, with No. 8 Georgia Tech seeded second.

Carolina has had an outstanding spring, with three wins in six regular season events including a runner-up showing and a third-place finish in a loaded field at the Valspar Collegiate Invitational back in March. Six players have a spring scoring average below 72 led by senior Will Miles (69.79). The Hilton Head Island, S.C., notched the first two wins of his collegiate career this spring at the Cleveland Golf Palmetto Intercollegiate and the Southern Intercollegiate.

Serving as the interim head coach, McDonald led Carolina to the 2007 NCAA West Regional Title, the program’s first and only regional championship. He’s led the Gamecocks to six NCAA Championship appearances, including a program record four-straight trips from 2013-16. McDonald’s team advanced to the NCAA Match Play Quarterfinals for the first time in 2016, with a program-best T-5th finish at the NCAA Championship that season.