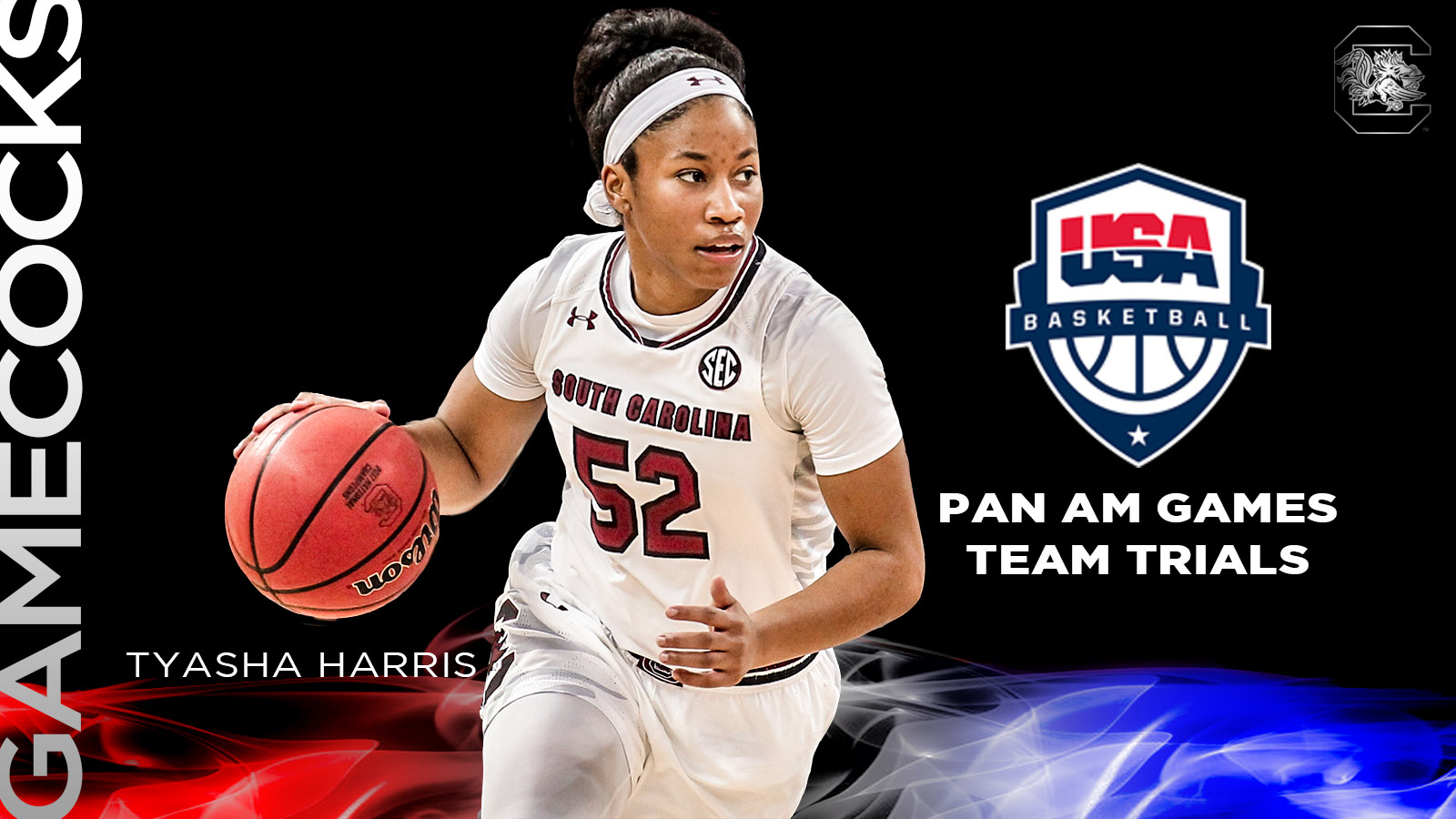 Harris to Compete at USAB Pan Am Games Trials

COLUMBIA, S.C. – South Carolina junior Tyasha Harris is among the 36 student-athletes who will take part in trials for the 2019 U.S. Pan American Games Women’s Basketball Team May 16-20 at the United States Olympic Training Center in Colorado Spring, Colo. The group boasts 12 who have won international medals with USA Basketball already, including Harris.

At the end of the trials, a 12-member team will be named to compete at the 2019 Pan American Games Aug. 6-10 in Lima, Peru. The group will have a training camp at the USOTC July 23-Aug. 5 to prepare for the tournament. Athletes eligible for this team must be U.S. citizens who currently are enrolled as a full-time college student with remaining eligibility for the 2019-20 school year.

Harris has a pair of international medals already to her credit. She helped the U.S. to a gold medal in the 2016 FIBA U18 Americas Cup with 10.6 points per game and a team-high 5.4 assists per outing. Her 27 assists at the event are the all-time USA U18 record, and her assist average ranks second. In 2017, she was part of the silver medal team at the FIBA U19 World Cup, where she again led the team in assists with 5.7 per game to go with her 8.0 points per game. With just seven turnovers in seven games, she boasted a 5.7 assist-to-turnover ratio at the event. The U.S. is 14-1 with Harris on the team.

In September 2018, Harris was among a handful of college student-athletes invited to participate in the USA World Cup Team training camp in Columbia, S.C. She added six points and two assists in the intrasquad exhibition game played at Colonial Life Arena.